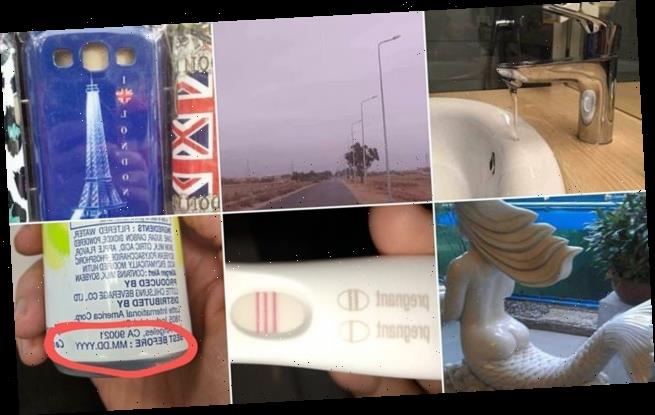 You had one job! Hilarious social media snaps capture design fails that’ll leave you baffled – from a tap that doesn’t reach the sink to streetlights turned AWAY from the road

They say if you want something done right you should do it yourself – and these photos prove that in some cases that’s certainly true.

People from across the globe have shared snaps of some of the worst fails they’ve spotted on their travels and the best have been shared in a Bored Panda gallery.

Among the amusing blunders is a poster instructing people to disinfect their hands with ‘hand fertiliser,’ and a ‘no smoking’ sign illustrated with a symbol of someone swimming.

Elsewhere, another snap shows a row of streetlights that are unhelpfully positioned facing away from the road. 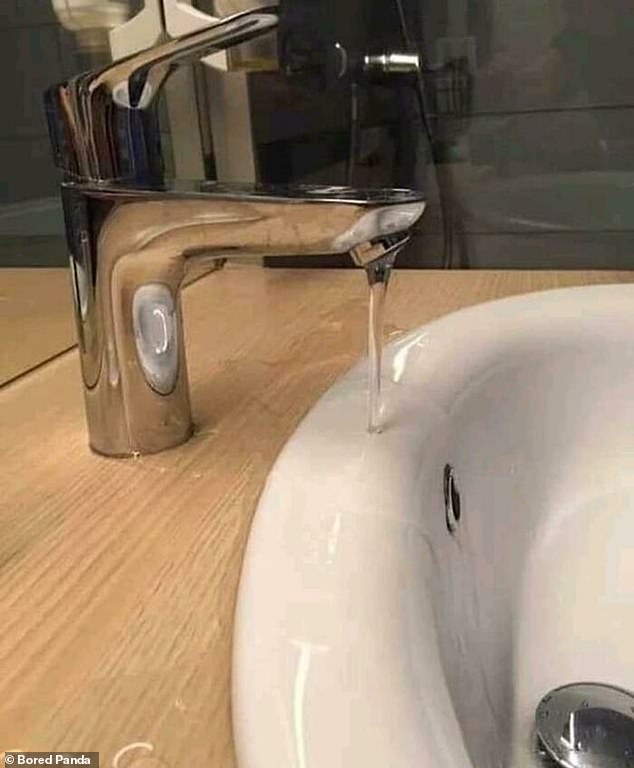 One person, from an unknown location, proved that a few inches makes all the difference when it comes to installing a tap and sink 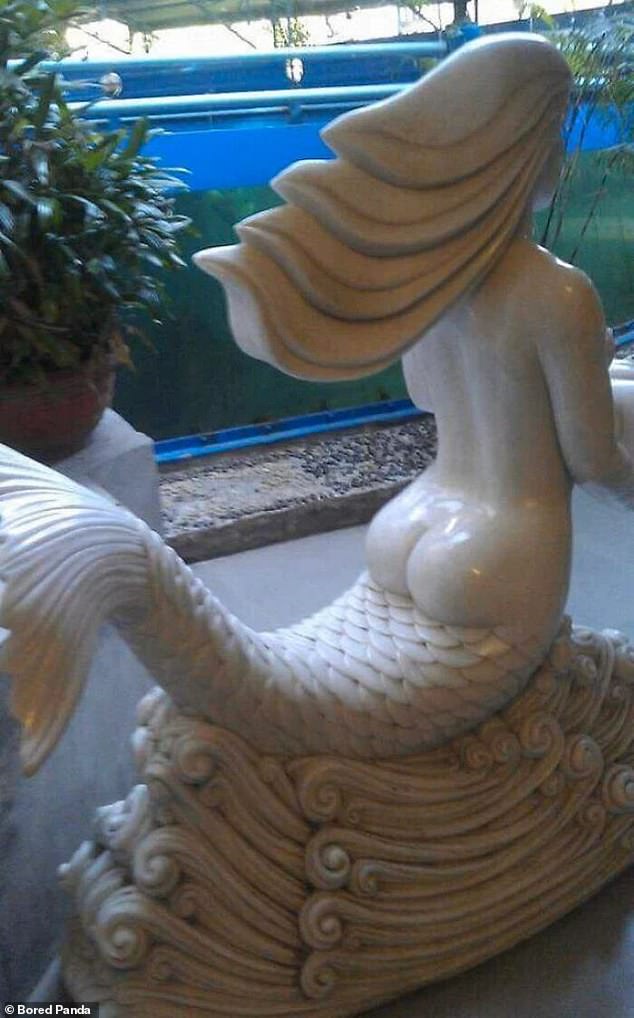 Another person, from an unknown location, spotted a sculpture of a mermaid – with a very cheeky addition 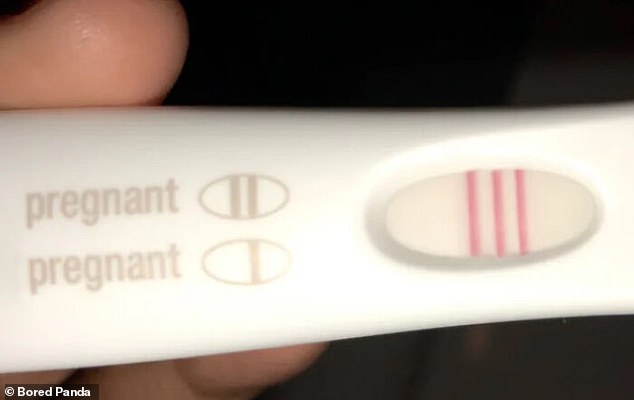 Another person, from an unknown location, was left confused when her pregnancy test results came back with a very unexpected verdict 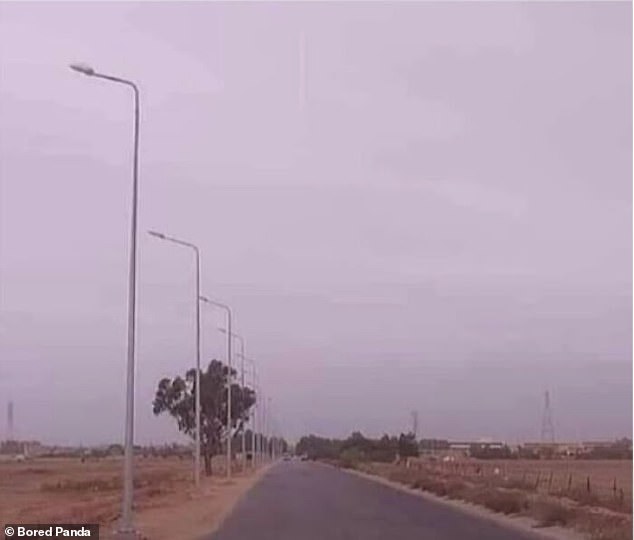 Another person, from an unknown location, was confused to see streetlights ratheri unhelpfully placed facing away from the road 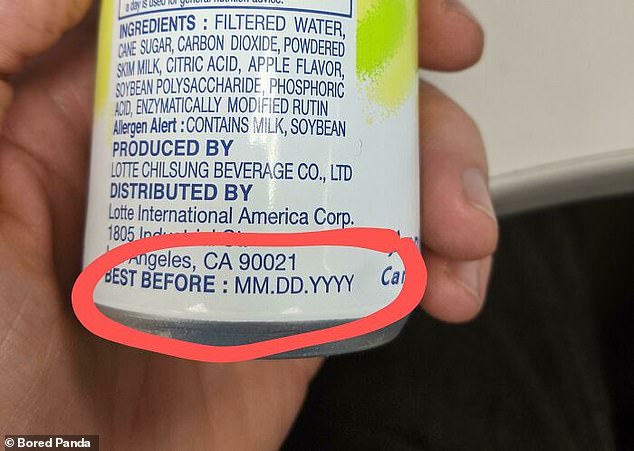 Another shopper, from an unknown location, struggled to find a suitable best before date on this apple-flavoured beverage 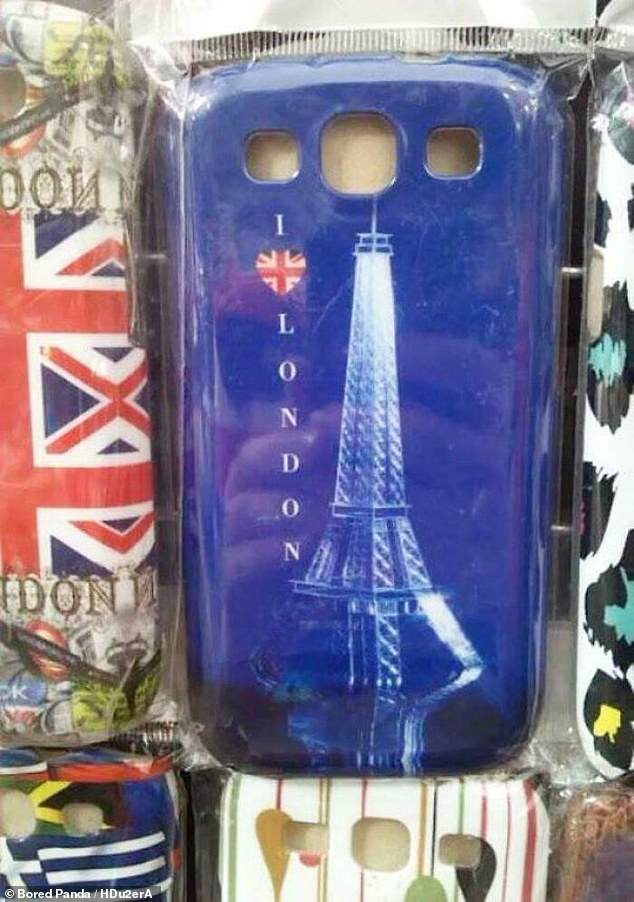 This phone case found in the Big Smoke reads ‘London’ next to a picture of the Eiffel Tower, which can be found… In Paris 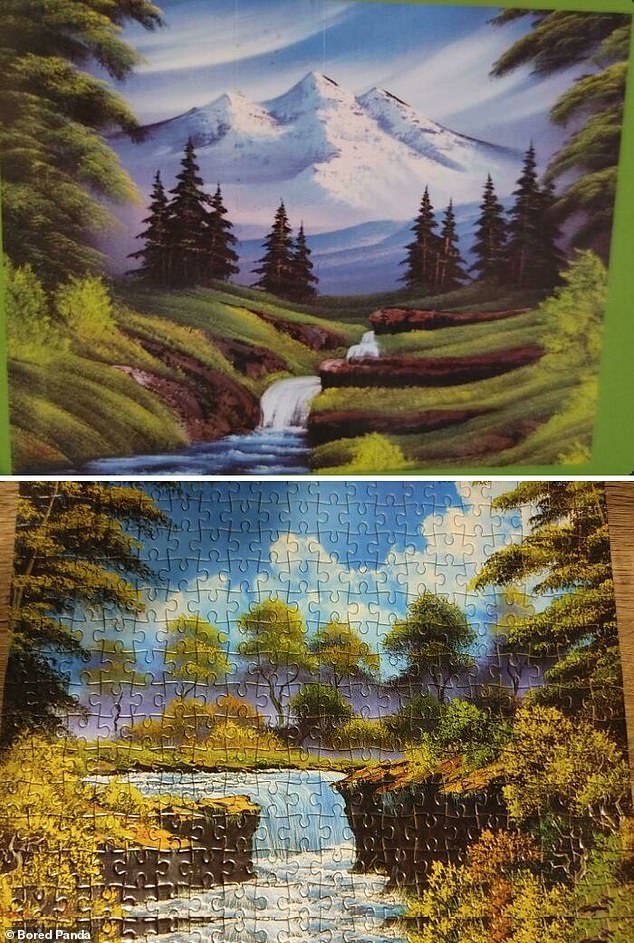 One keen puzzler, from an unknown location, was left scratching their head after completing a jigsaw that was very different than expected 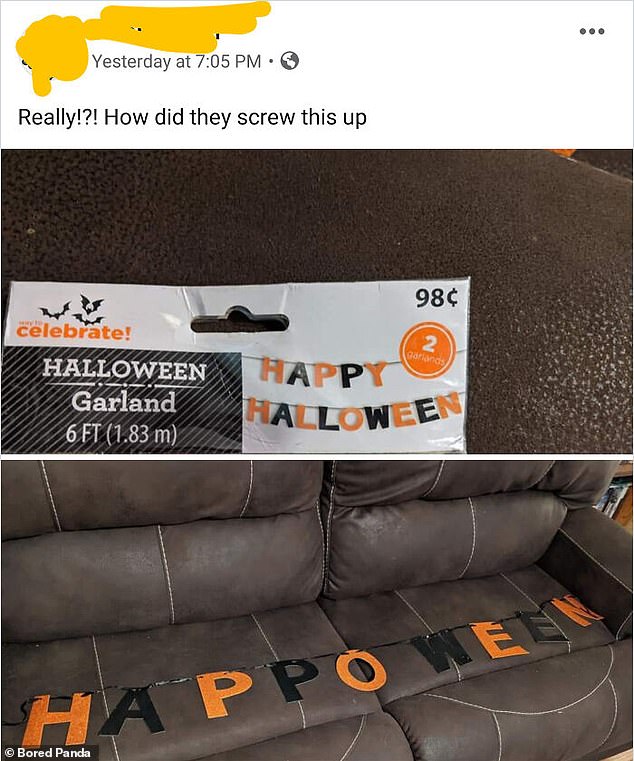 One shopper, also believed to be from the US, did not expect this spook-tacular error after purchasing the six-foot Halloween garland 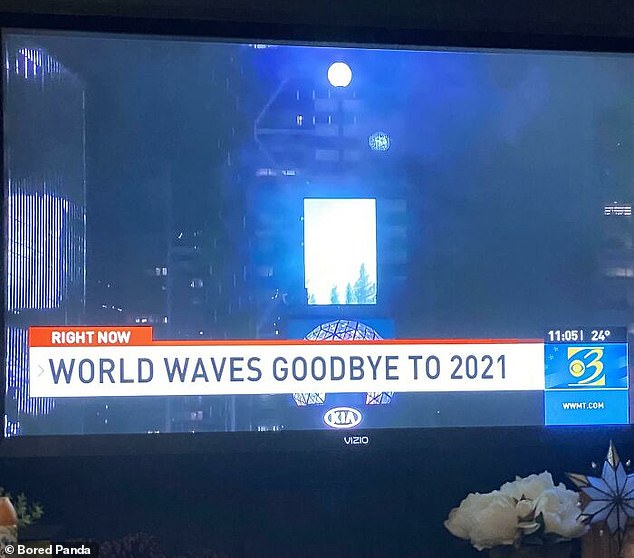 One eagle-eyed viewer, believed to be from America, was left confused by this New Year’s Eve announcement 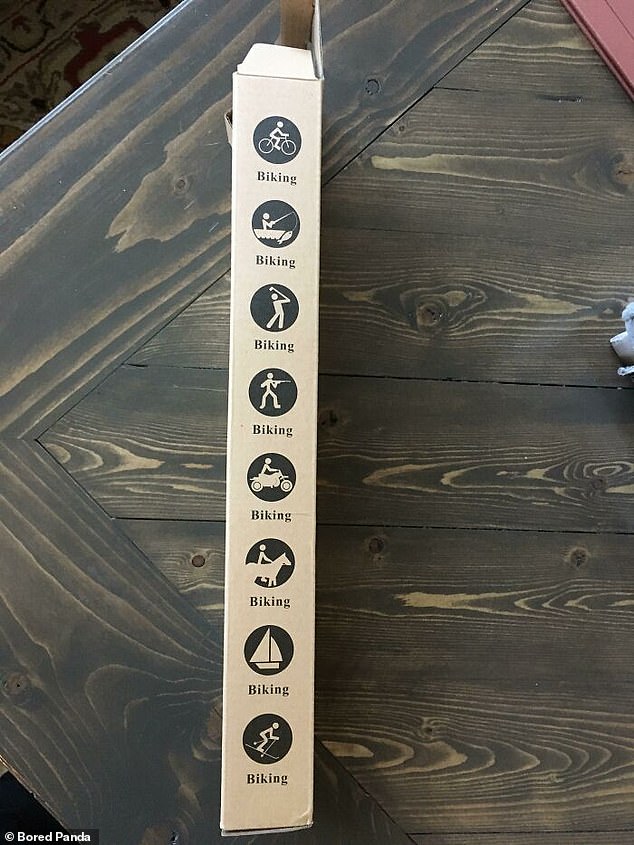 A keen biker, from an unknown location, was clearly determined to promote his favourite past-time activity when designing this packaging 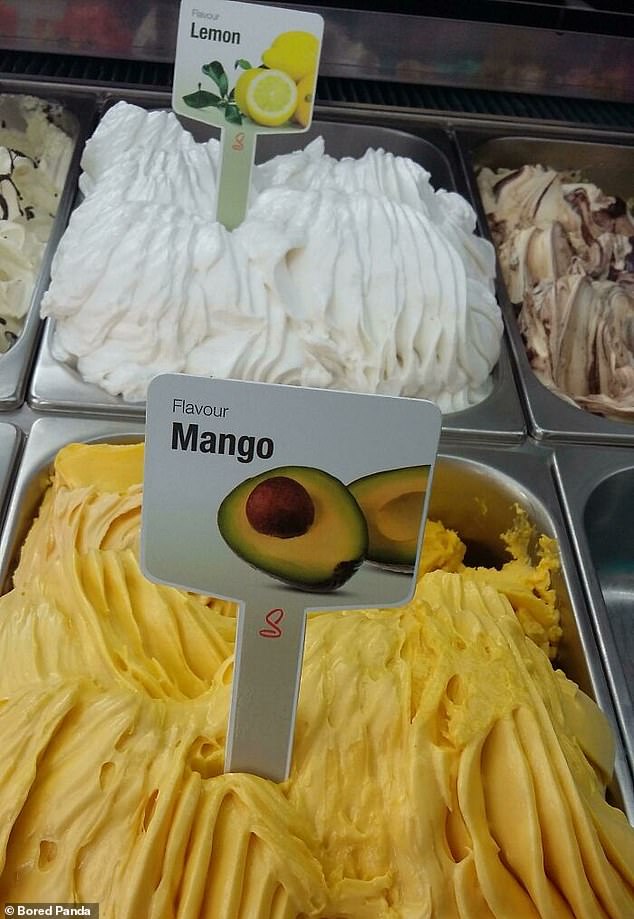 One sweet-toothed shopper, from an unknown location, spotted that the mango flavour ice cream was actually being advertised with an avocado 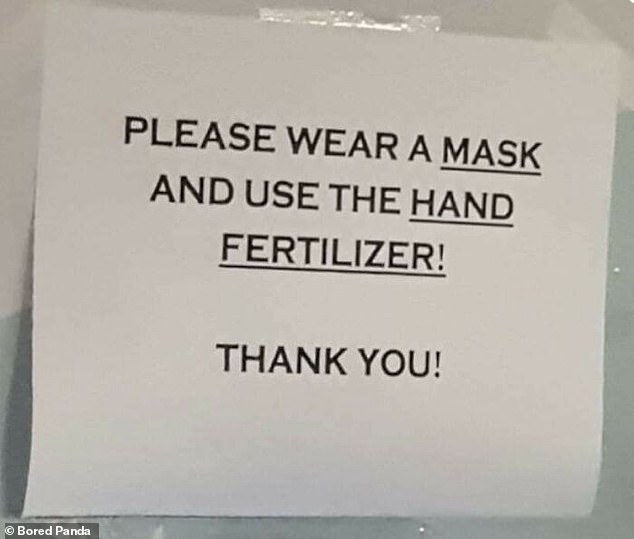 This make-shift sign, believed to have been posted somewhere in America, appeared to have mistaken sanitiser for fertiliser 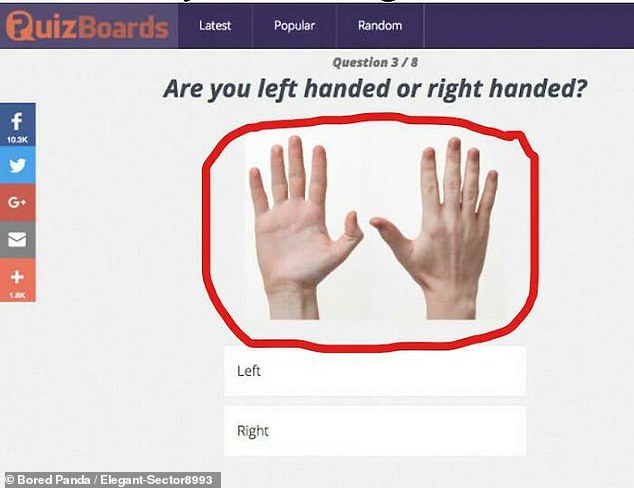 In the US, one quiz enthusiast pointed out the two hands in that pictures were actually both right hands 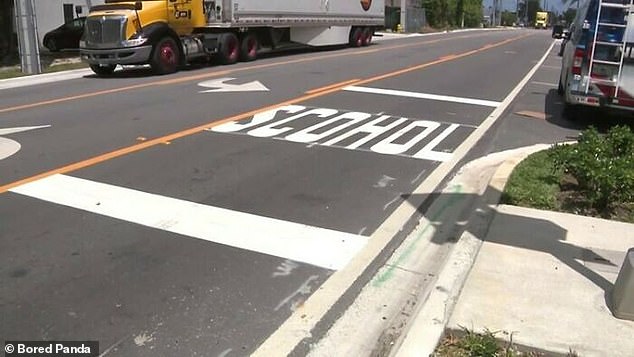 An eagle-eyed pedestrian, believed to be in America, spotted this confusing sign attempting to warn drivers of a nearby school 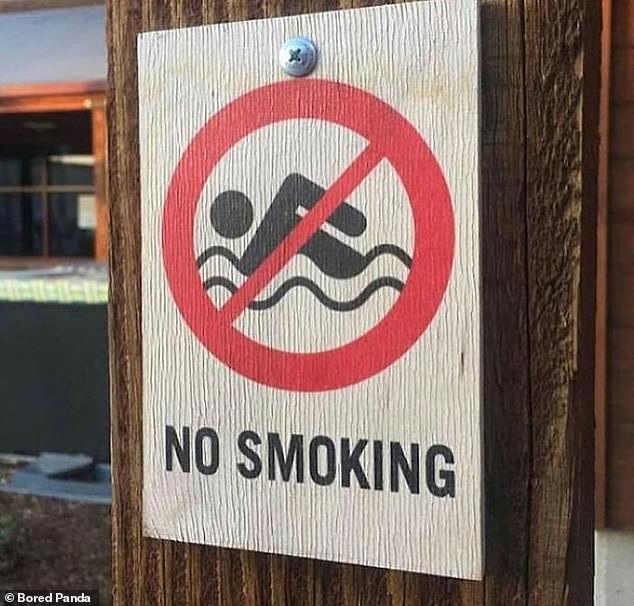 This poster, based in an unknown location, seems to be giving guests very mixed messages