Home DIScomforts! Guests reveal the bizarre things they’ve come across in someone else’s home – from rotten eggs kept as ‘pets’ to a decorative COFFIN in the living room

Visiting someone’s home can give you a clearer idea of their personality and values, but as these confessions prove sometimes the things you see aren’t always favourable.

People from around the world have taken to anonymous sharing app Whisper to reveal the strangest things they’ve spotted while visiting someone else’s home for the first time.

Many said they were stunned to discover the lack of hygiene in other homes, after seeing rotten food and animal waste throughout.

One person who lives in Wisconsin, shared the discomfort of discovering her friend kept a coffin, skeleton and other dark artifacts in her living room.

Another individual from Florida, was speechless to see a Christmas tree set up and fully decorated in August. 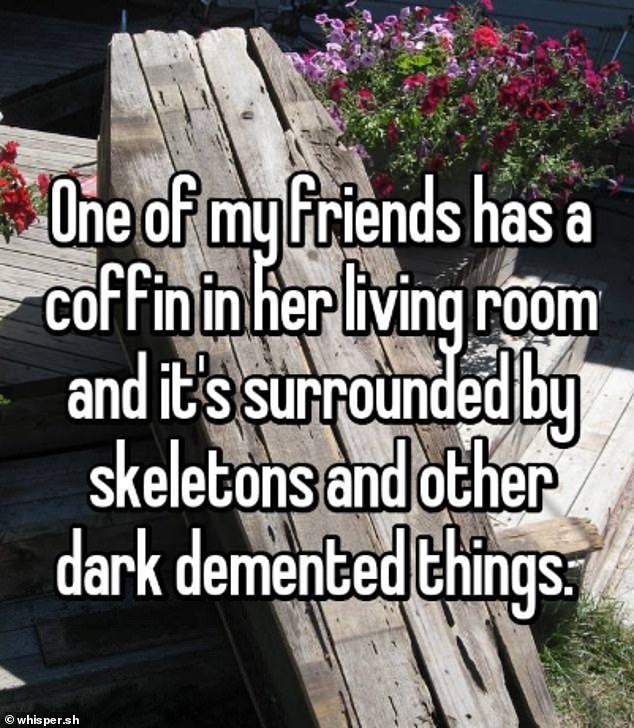 People from around the world shared the strangest things they’ve spotted while visiting someone else’s house, including a woman in Wisconsin, who saw a coffin and skeletons in her friend’s living room 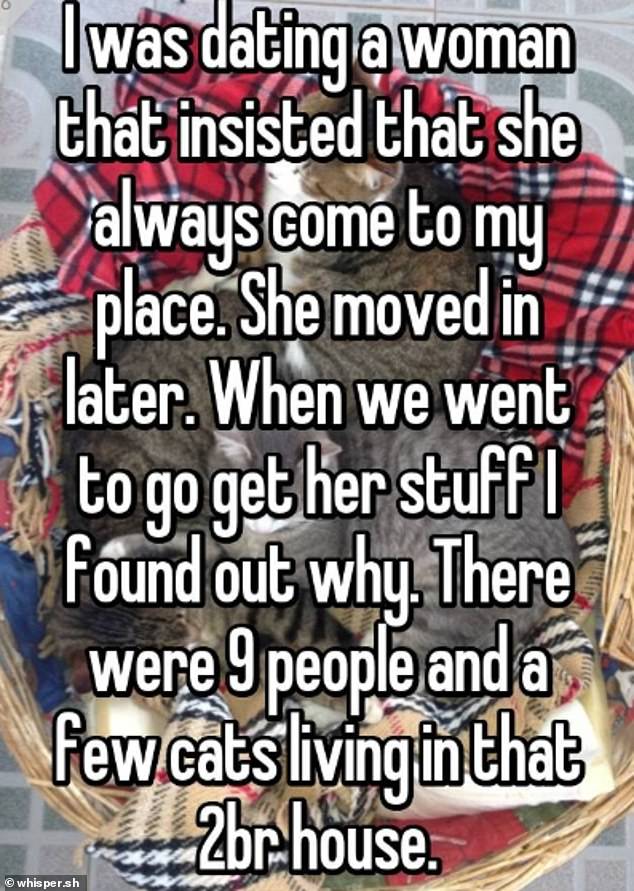 A man who lives in Nether Providence, discovered a woman he was dating was eager to stay at his house because her home was was overcrowded and full of cats 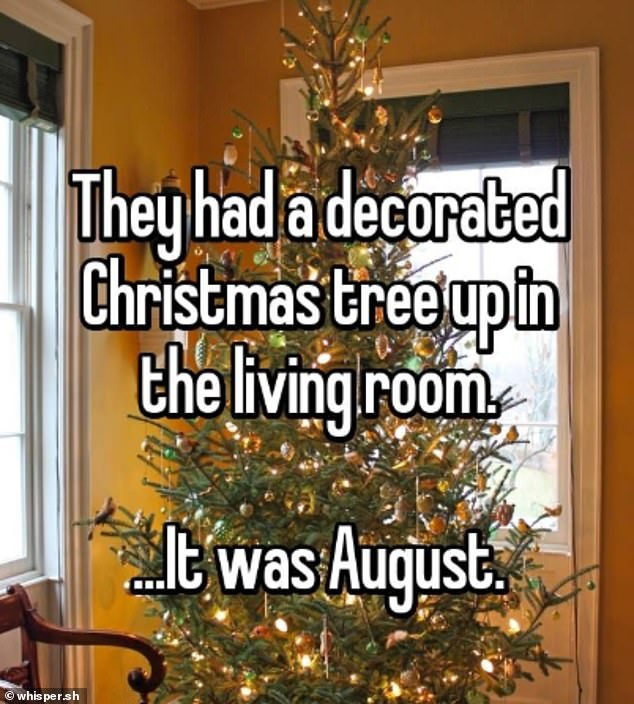 One person from Florida, said they visited someone who had set up and decorated their Christmas tree in August 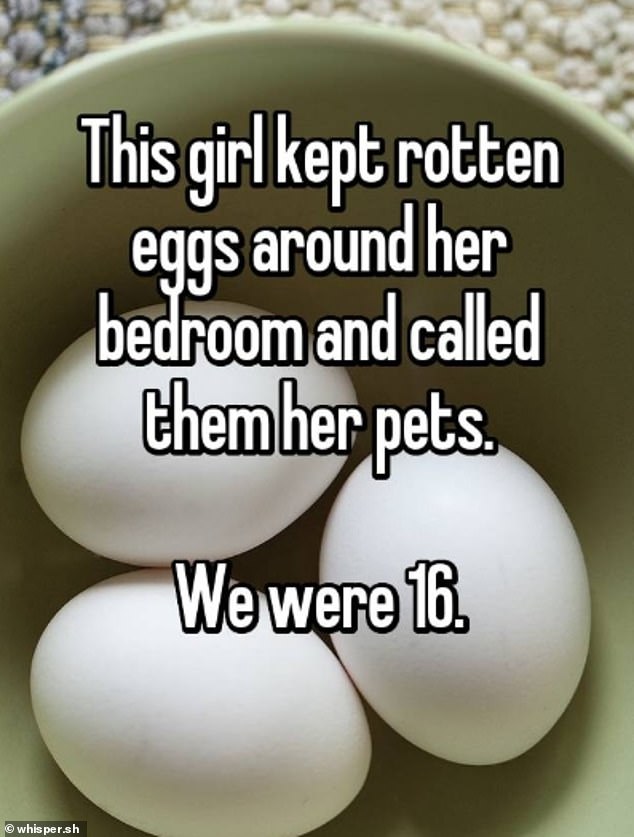 Another individual who lives in Canada, was left speechless after seeing that her friend was keeping rotten eggs as pets 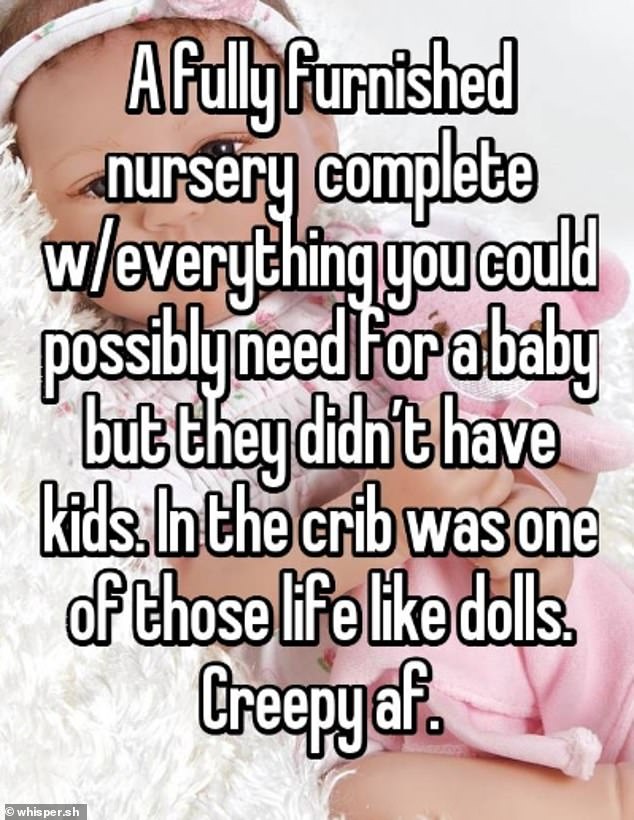 An individual in an undisclosed location, said they once visited someone who had a fully furnished nursery for their life like dolls 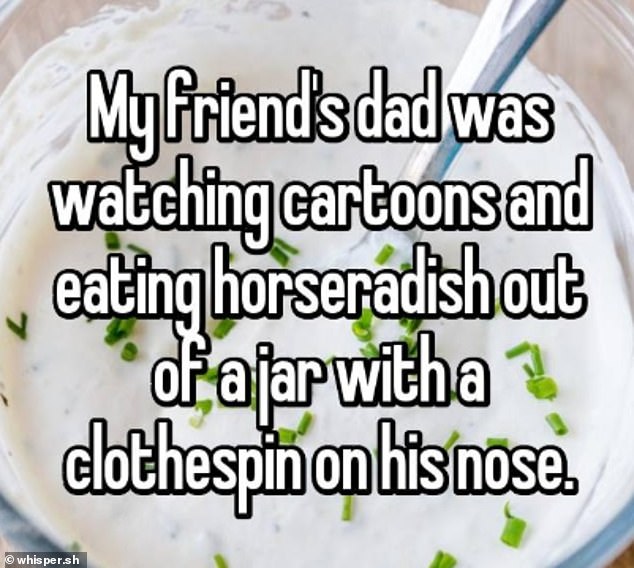 Another anonymous person witnessed their friend’s dad watching cartoons, while eating horseradish with a clothespin on his nose 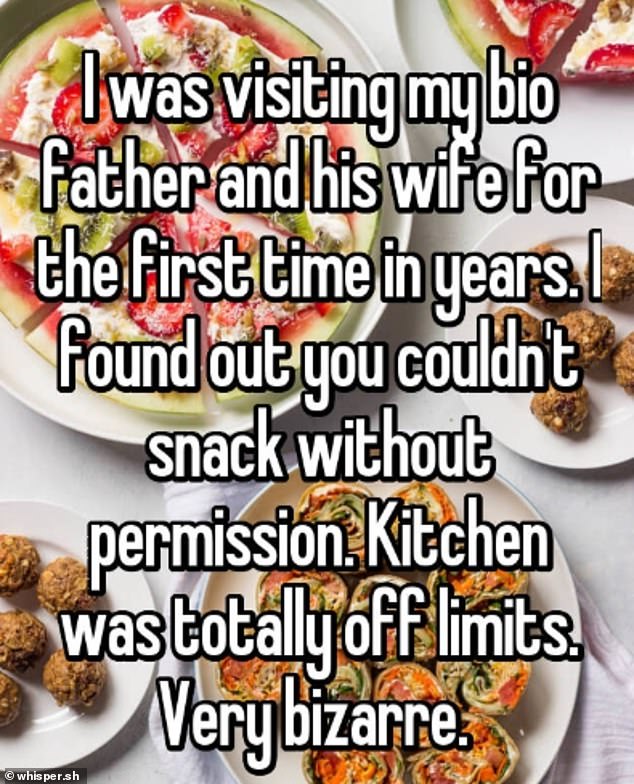 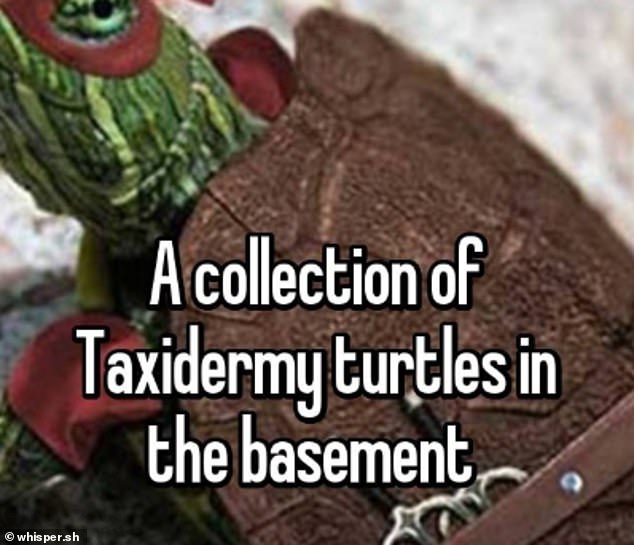 Another person who lives in Canada, shared the horror of discovering a collection of stuffed turtles in the basement 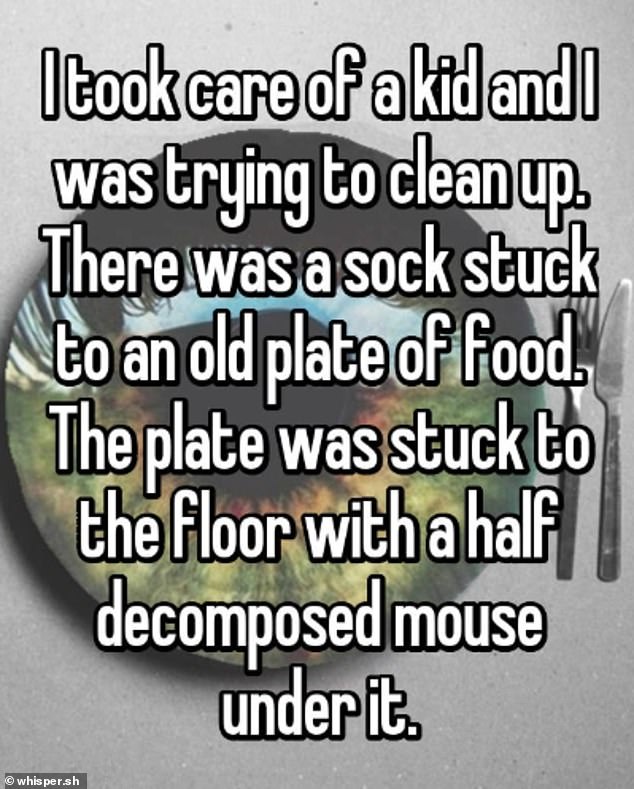 A woman in Indiana, who was trying to clean while babysitting, found a decomposed mouse underneath a plate stuck to the floor 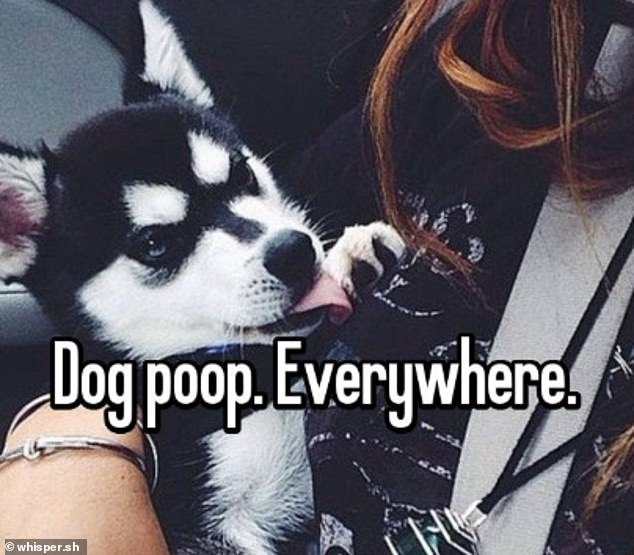 Another woman who lives in Missouri, said she once visited a home that hadn’t been cleaned after a dog left waste everywhere