Half-baked! People reveal some of the most ridiculous cake designs they’ve ever seen – from a melting Elmo to awkward misunderstandings over the decorating instructions

To mark almost any special occasion, a cake topped with a heartfelt message is often the go-to way to celebrate – but these baked goods did not go quite as planned.

An online gallery compiled by Diply reveals some of the most hilarious cake decorating failures people have experienced when simply trying to do a nice thing.

One unfortunate customer thought they had ordered a plain sheet cake with some chocolate decoration but, to their surprise, when it arrived the baker appeared to have misunderstood the instructions and written ‘nothing’ on the top.

Other bakers struggled to recreate some popular children’s cartoon characters, including Disney’s Ariel from The Little Mermaid and Elmo from Sesame Street, who looked almost unrecognisable. 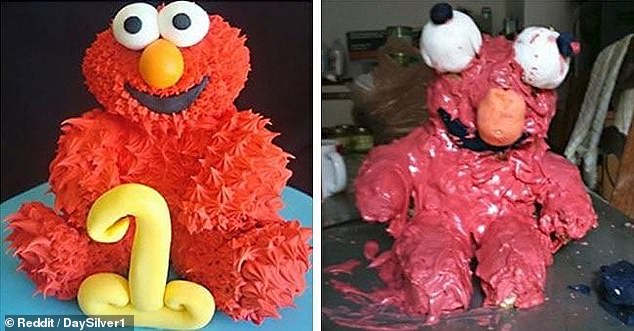 Expectation vs. reality: One baker struggled to recreate a baking masterpiece of Elmo but struggled to do so and the much-loved children’s character from Sesame Street became almost unrecognisable apart from his distinctive colour and big orange nose 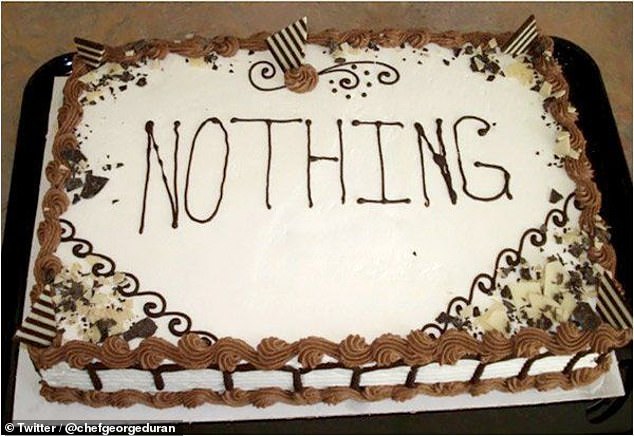 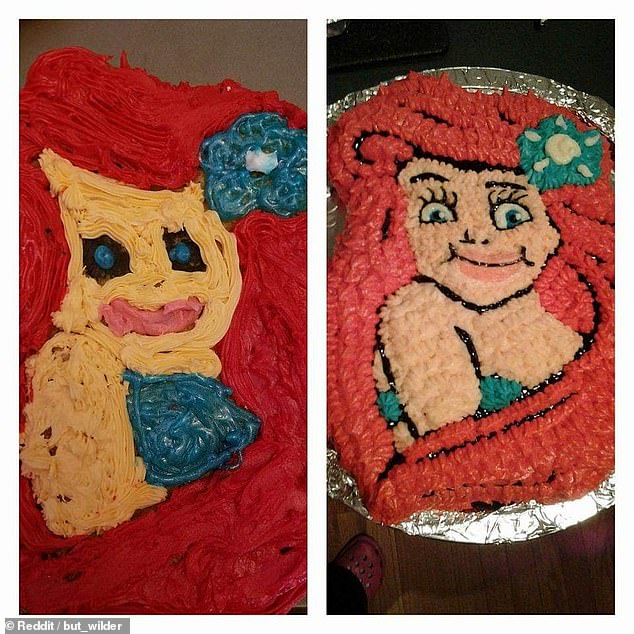 In a bid to do something nice for their niece’s third birthday, this person attempted to recreate a cake design of Ariel from Disney’s The Little Mermaid that they had seen online but the end result was far from what they had anticipated and joked that they ‘do not see a future in cake decorating’ 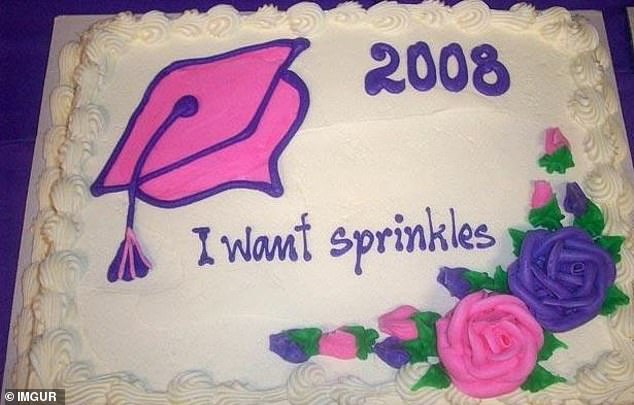 Nothing says happy graduation day quite like a cake with a cap, the year you graduated and the directions you left for the decorator iced on to the top – and to top it off, with no sprinkles! 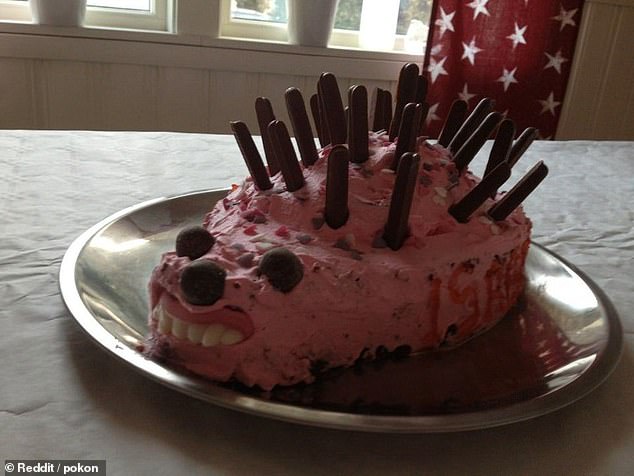 Hedge-horror: A loving mother attempted to create a hedgehog cake for her daughter’s birthday party but the end result was far from what she was expecting, with one younger guests crying because the cake was ‘so ugly’ 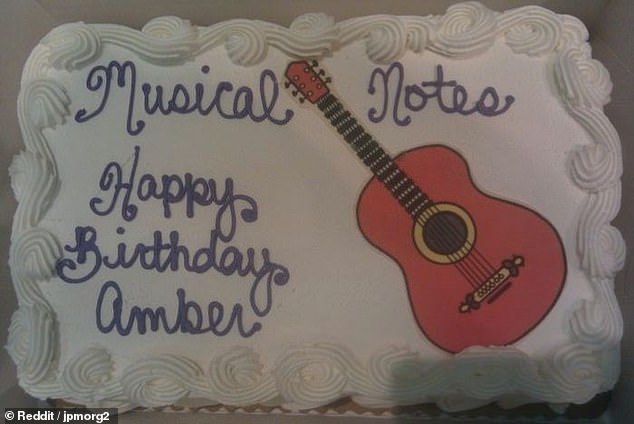 You’ve guit-ar be kidding me: One customer was left hugely disappointed when their music themed cake arrived, complete with a picture of an instrument and a happy birthday message but instead of the musical notes they requested, the decorator simply wrote out the instructions 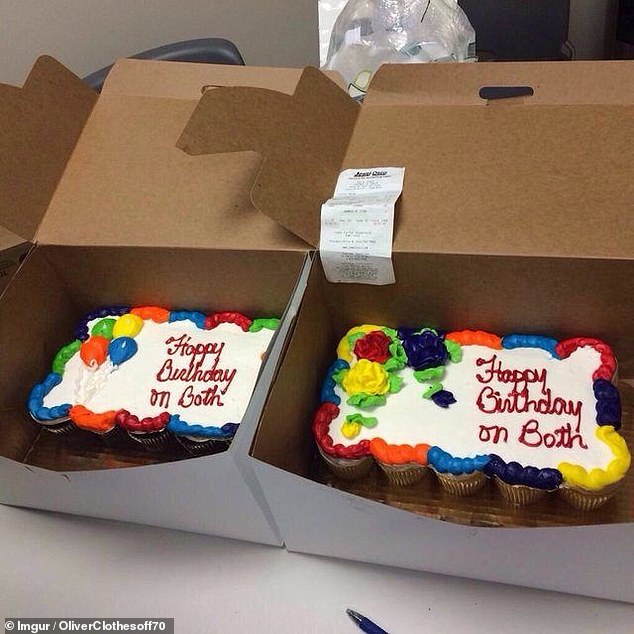 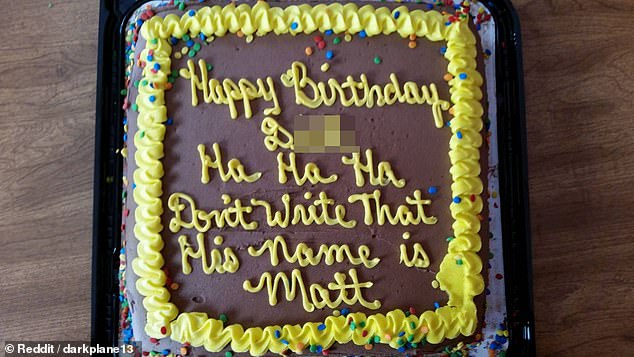 As instructed: One cake decorator decided to keep the full original message one man wrote for ‘Matt’ on his birthday thinking he was being comical adding a swear word in – but he was given a shock when it arrived 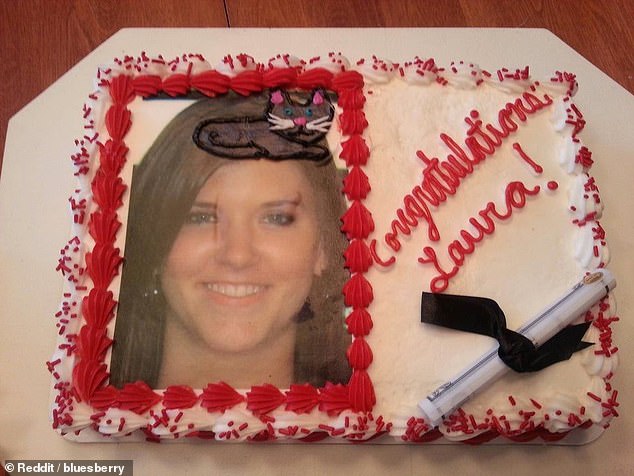 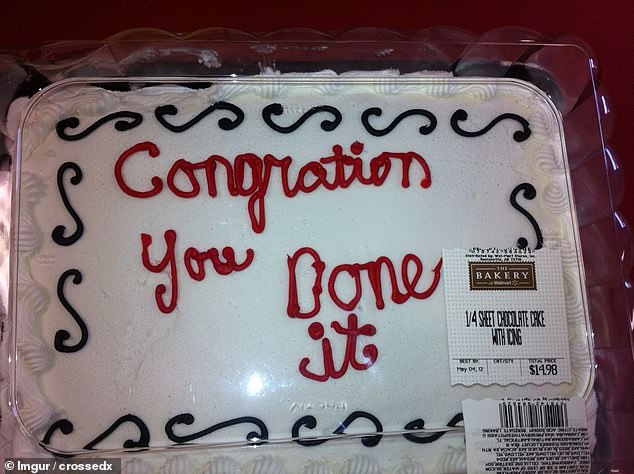 A kind-hearted teacher bought her students a cake from Walmart to celebrate them passing their exams with high scores which was supposed to read, ‘Congratulations, you did it’ but arrived a little further away from what was intended 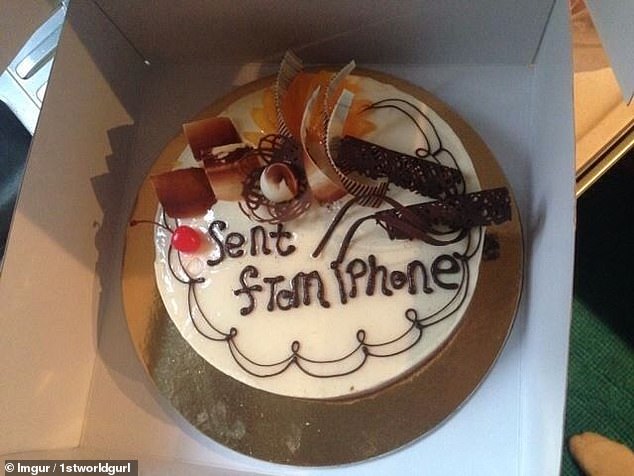 One woman shared a picture of a cake her friend had received when he had tried to order a special design for his son. Instead of reading ‘Happy 9th birthday’ as requested, the decorators in China wrote ‘Sent from iPhone’