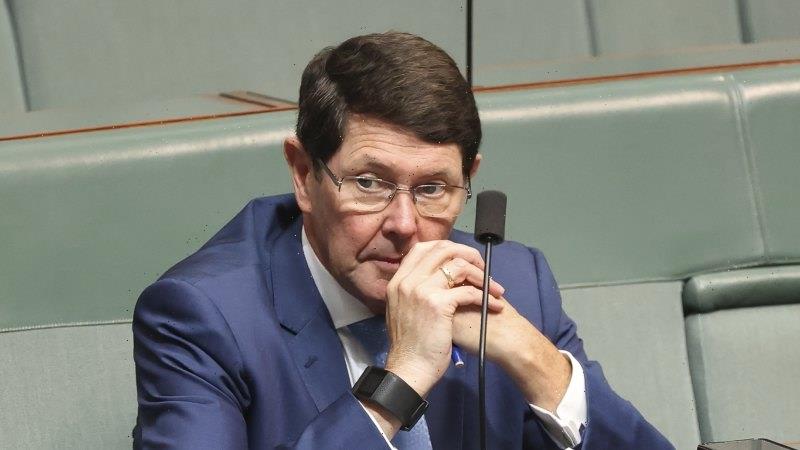 Veteran Liberal MP Kevin Andrews, who will leave politics after 30 years at the next federal election, could be handed a farewell gift of being elected Speaker of the House of Representatives.

The Howard government minister, who will be forced out of Federal Parliament after losing preselection for his Melbourne seat of Menzies, is being urged by senior colleagues to contest a party room ballot for the position left vacant following the resignation of Tony Smith last month. 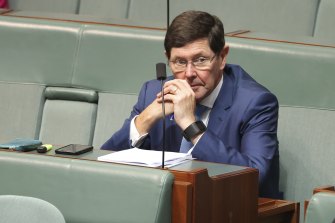 Kevin Andrews said he was “seriously considering” several approaches from colleagues to contest the position of Speaker.Credit:Alex Ellinghausen

Queensland MP Andrew Wallace, first elected in 2016, has also contacted colleagues to gauge support to stand for the role. The successful candidate could serve up to six months in the position if the federal government heads to an election in May, with a salary boost of almost $75,000 on top of a backbench annual wage.

The person who is elected would also have a portrait commissioned to hang forever in Parliament House.

Sources close to Mr Andrews said he was “seriously considering” several approaches from colleagues to contest the position, while Mr Wallace offered no comment other than he was gauging the support of his Liberal colleagues. 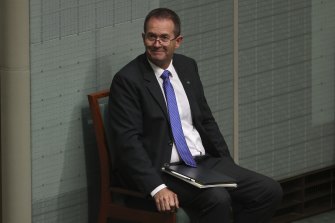 Andrew Wallace said he was gauging support from his Liberal colleagues for the Speaker role.Credit:Alex Ellinghausen

Mr Andrews, elected to Parliament in 1991, lost the support of his Liberal branches earlier this year in a preselection challenge from former special forces captain Keith Wolahan, going down 181-111 in a ballot.

A minister in both the Howard and Abbott governments, he is one of the few current MPs who remain eligible for a pension in retirement. He is likely to retire on more than $200,000 a year without a late ascension to the Speaker’s position, but if he was elected his annual retirement pay would be slightly increased.

His support is strongest among his Victorian colleagues, but both Treasurer Josh Frydenberg and Prime Minister Scott Morrison have told MPs they will not be publicly backing a candidate.

Several MPs told The Age and The Sydney Morning Herald any intervention from the party’s leadership would not be met well from the Liberal party room, which fiercely guards its independence on making such decisions.

Mr Smith, who has been widely acknowledged as one of the finest post-war speakers, rose to the position after his predecessor Bronwyn Bishop was forced to quit following a 2015 expenses scandal, which involved chartering a luxury helicopter to fly from Melbourne to Geelong for a Liberal party fundraiser. He announced to Parliament last month he intended to quit his position as the presiding officer in November, ahead of his planned retirement at the 2022 election.

Mr Smith plans to be in the chair for the next sitting on Monday, November 22, and resign at the end of that day to allow a new Speaker to be elected after the party room meetings the next day, before retiring from Parliament altogether at the next election.

“I want to finish on the backbench as a government backbencher, and I want to speak in this House again and focus entirely on my electorate,” he told Parliament last month.