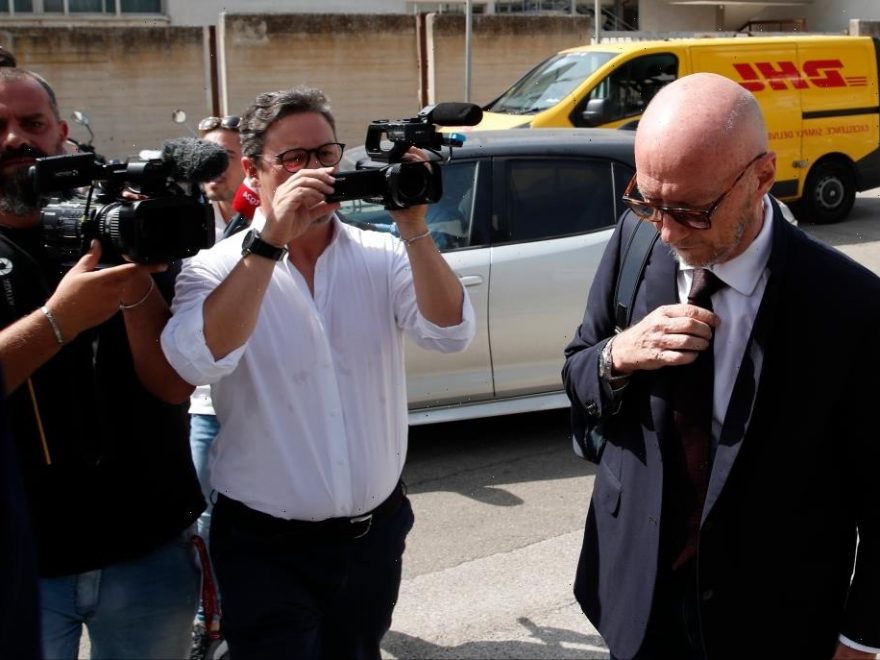 Canadian film director Paul Haggis maintained his innocence today [Wednesday] at a first court appearance in the southern Italian port city of Brindisi where he is answering questions related to allegations of sexual assault.

Haggis has been under house arrest in a hotel outside Brindisi since Sunday following allegations by an unnamed British woman that he subjected her to non-consensual sex over the course of a number of days.

“Paul Haggis explained how things went. He declared himself totally innocent, as he did in the immediate arrest,” the director’s Italian lawyer Michele Laforgia told reporters after the hearing.

Italian media broadcast images of the Oscar-winning filmmaker arriving at the court, where he was greeted by a scrum of reporters, photographers and videographers.

Dressed in a dark tie and suit with a black backpack slung over his shoulder he made his way up the steps. He did not stop to talk to journalists, only uttering a polite “excuse me” as he made his way to security.

Haggis had been in Southern Italy to attend the Allora film festival, a new event in the village of Ostuni outside of Brindisi, bankrolled by Covid-19 recovery funds.

According to local media reports, Haggis first met his accuser at the Monte Carlo Television Festival and has been in regular contact with her since then, which resulted in the invitation to Ostuni.

The reports said the woman was then discovered in an “obvious confused state” at the local airport on Sunday, where she was helped and then taken to Brindisi’s police headquarters, where officers accompanied her to a local hospital for examination.

Local Prosecutors Antonio Negro and Livia Orlando announced Haggis was being investigated in relation to allegations of “aggravated sexual violence and personal injuries”.

“The relations he had with this woman are totally consensual during these three days spent together in Ostuni. We have clarified… even contrary to what is assumed in the charges, that there is no injury and no sign of violence,” he told reporters on exiting the court.

“I believe that they misinterpreted the report from the emergency department, where the girl was visited following the complaint. Now we are waiting for the ruling of the judge who will have to pronounce on both the arrest and the request for the prosecution which is to maintain house arrest pending urgent investigations,” continued Laforgia.

He noted that Haggis had been entirely cooperative with the authorities and expressed his willingness to remain in Italy until his total innocence will not be definitively established.

“Naturally, his life depends on this both here in Italy as well as the United States where he resides,” said Laforgia.

Investigating judge Vilma Gilli, who led Wednesday’s hearing, will listen to arguments from both the defence lawyers and the prosecutors and then will then deliberate on whether Haggis should be detained further. A decision is expected later today.