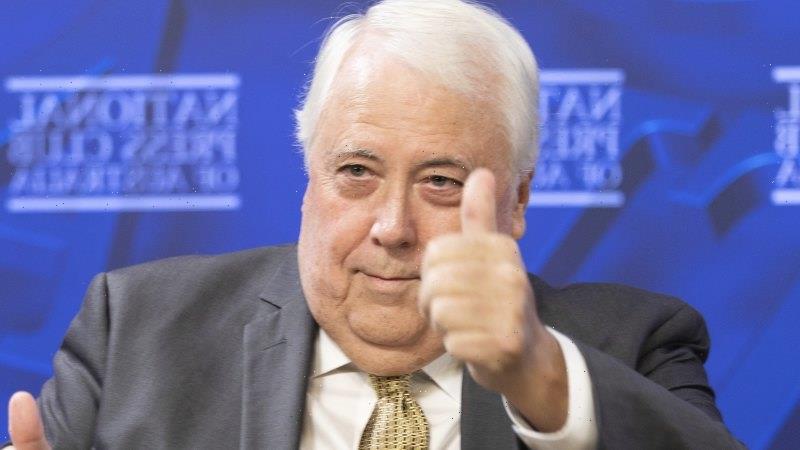 Mining magnate Clive Palmer spent more than $31 million bombarding voters with advertising for his United Australia Party during the six-week federal election campaign – more than the Labor and Liberal parties combined – but is unlikely to pick up a single seat.

The $5.2 million-a-week advertising blitz was in addition to the $31 million Palmer poured into UAP ads in the six months leading up to the campaign’s official start, according to estimates by Nielsen Ad Intel, which tracks ad spending across metro TV, print, radio and digital. 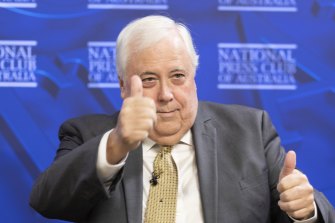 But despite contesting all 151 House of Representatives seats and fielding a Senate ticket in each state and territory, UAP has secured only 4.12 per cent of the primary vote in the lower house count and 3.43 per cent in the Senate count.

The Nielsen figures show UAP spent $31.3 million on party ads between the election being called on April 10 and the broadcast blackout at midnight on May 18. The data is a conservative estimate, including only some outdoor advertising through April, and does not cover the ramp-up in social media spending by parties after the blackout kicked in.

While the figures give an insight into the advertising arms race during the campaign, they do not break down the seat-by-seat spending, including that by “teal” independents and their Liberal rivals in blue-ribbon seats such as Wentworth, Kooyong and North Sydney.

“Obviously, it has to be proportional because an incumbent has an advantage over a challenger, so you need to work that into the system. But at the very least I think there should be, for example, breakdowns provided by the major parties on a per-electorate basis of where they’re actually spending,” Steggall said.

University of Queensland’s Graeme Orr, an expert in campaign finance law, said Palmer’s outlay pointed to the need for national spending caps, but state limits should also be considered.

“It is an embarrassment for a system where a billionaire can come in and do that. It is undemocratic to be able to spend any amount you like,” he said. “You also need to have state-based caps, otherwise you just incentivise parties or independents to go wild in marginal seats.”

Palmer, who did not respond to a request for comment, also spent about $31 million on advertising during the 2019 campaign, but in total tipped more than $80 million into UAP coffers through his mining company Mineralogy, according to the Australian Electoral Commission financial disclosure records.

The full scale of his 2022 election war chest, as well as that amassed by the major parties and third-party campaigners such as Climate200, won’t be known until AEC data is released early next year. 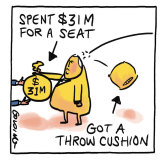 Psephologist Dr Kevin Bonham said UAP had a slim chance of picking up a Senate seat in Victoria, where it is in a contest with the major parties for the final spot, but Palmer stood to lose money in the seats where UAP failed to secure 4 per cent of the vote.

“Where you get less than 4 per cent, you lose your deposit and you don’t get public funding. They are going to get some of their deposits back, but they will also lose a lot of deposits as well,” he said.

“I think there’s actually an argument that things like this show that spending caps are unnecessary because you have this party that keeps spending huge amounts of money and people don’t vote for it. So what’s the problem? What needs fixing?” he said.