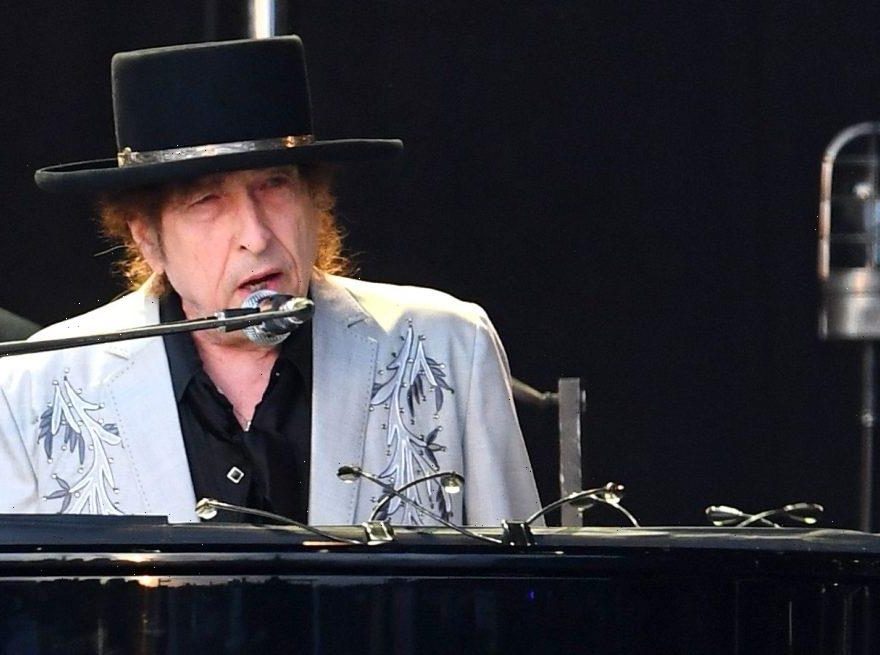 The U.K. gallery that sold a lion’s share of the prints of Bob Dylan’s paintings, Castle Galleries, has issued a statement offering full refunds for customers who bought “hand-signed” items that have been revealed to have actually been machine-autographed. They’ll get to keep the prints, but will apparently have to send back the certificates of authenticity that came with them to have the refunds processed, getting back a certificate that attests the prints are auto-signed, in return.

The gallery’s Sunday morning post announcing the refunds followed Dylan’s own post of “regret” on Friday night. In a highly uncharacteristic public statement, he said that he began using reproduction signatures on artwork in 2019, at a time when he was being afflicted by vertigo, and continued using the process during the pandemic, due to not being able to have staff assist him with signings, having been assured. His statement added that his team was working with galleries as well as his book publisher to find a way to redress the issue.

Castle Galleries said that only two batches of prints had been subject to the autopen process, both of them released this year: “The Retrospectum Collection” and “Sunset, Monument Valley.” Although the gallery released other collections subsequent to the 2019 date Dylan gave as the start of his using autopen, the gallery has told customers that editions released in 2020 had been signed earlier, when the singer-artist was still hand-signing.

In its Sunday statement, Castle Galleries avowed that it had no prior knowledge the supposedly hand-signed prints — which typically sell on its site for 5,000 to 15,000 pounds — were anything other than as advertised.

“We were informed very recently that during the Covid 19 pandemic Bob Dylan used an autopen to sign several of his print editions, rather than his usual hand signature. The affected editions are The Retrospectum Collection and Sunset, Monument Valley, which we released this year. We can confirm that all other editions preceding these releases were individually hand-signed by Bob Dylan himself.”

The statement continues, “We were entirely unaware of autopen on these prints; nevertheless, we sincerely apologize for this very regrettable situation and want to make matters right. In order to rectify the situation, we are offering a full refund to all clients who purchased the prints in question directly from us. Clients will be invited to keep their artwork, although they will be asked to exchange the current certificate of authenticity for one reflecting the autopen signature.”

In summary, the gallery wrote, “We will be contacting affected clients directly from Monday with information on how to progress their refund. We are incredibly sorry for the inconvenience and disappointment that this situation may have caused our affected clients and believe our solution is the best way to resolve matters.”

Some Dylan fans were definitely hoping for a different resolution, namely, one that would have seen Dylan hand-signing a new batch of prints and offering them in exchange for the autopen-signed versions. However, Dylan has not given any indication of whether he plans to return to personally signing items for sale at all.

The statement from Castle Galleries would seem to put to rest how affected items will be handled, as it follows Simon & Schuster already having refunded customers who bought a 900-copy edition of Dylan’s “Philosophy of Modern Song” that was sold for $599 each. In that case, the refunds were automatically applied, and customers did not have to return the letter of authenticity that was signed by the president of the company. There’s not much room for confusion in that case, anyway, as apparently none of the copies of the book, which came out only this month, were hand-signed, so book owners holding onto the original Simon & Schuster letters are unlikely to affect future resales.

Eagle-eyed fans are now comparing signatures on art prints that predate 2019 to see if Dylan was using autopen even earlier than he said he was, although so far the consensus on forums seems to be that earlier signatures are indeed unique.

In his Friday night statement, Dylan wrote that “while the virus was raging… it was impossible to sign anything and the vertigo didn’t help. With contractual deadlines looming, the idea of using an auto-pen was suggested to me, along with the assurance that this kind of thing is done ‘all the time’ in the art and literary worlds.”

Dylan acknowledged in his statement that he had come to realize the “done all the time” rationale did not cut it, especially in the world of high-priced collectibles. “Using a machine was an error in judgment,” his statement said, “and I want to rectify it immediately. I’m working with Simon & Schuster and my gallery partners to just that.” He signed it “with my deepest regrets.”

Who will shoulder the cost for the refunds on the books and art prints is, for now, still a mystery. Refunds for the “Philosophy of Modern Song” book will run over $500,000, and although the number of art pieces sold has not been publicized, it’s believed the money being paid back out to those that bought the prints would run at least well into the hundreds of thousands of dollars, as well, if not millions.

Other celebrities have been accused of using autopen for signatures, albeit more often on albums or books priced around their normal retail value than items costing hundreds or thousands of dollars. Needless to say, Dylan’s admission is opening the gates wide for fans of other artists and stars to compare screenshots and attempt to determine just how common this shortcut is.