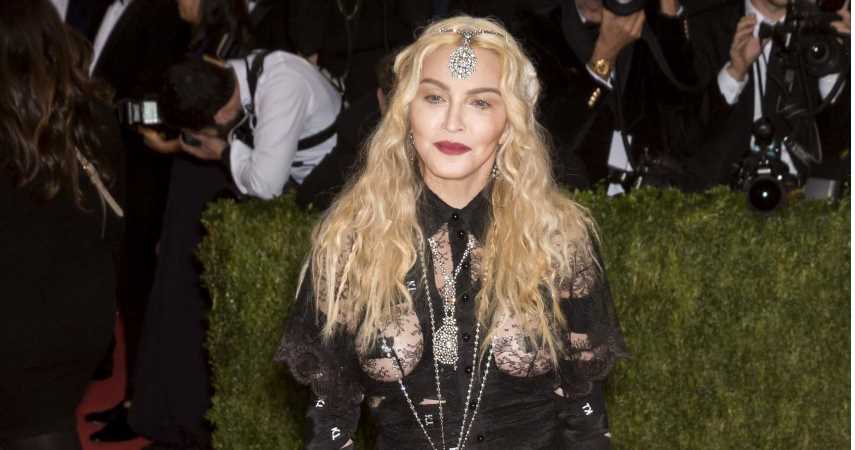 From the beginning of her career as a groundbreaking artist in the 1980s, Madonna knew that fashion would become an essential part of her career. While some thought her fashion choices were reckless, each outfit had a careful strategy and deep-rooted message for the people watching her strike a pose on the red carpet. She has used fashion to make political statements and seduce the crowd with her looks. Over the last three decades, Madonna ensured that each outfit of hers became a talking point, whether people liked it or not. Her bold and unique style has made the Queen of Pop iconic in the public eye.

Her controversial uses of cone bras, using crosses, and barely-there outfits have shocked yet engaged people over the years. Her unapologetic personality with a hint of rebellion is what truly makes her outfits memorable. Let’s take a look at the most expensive red carpet outfits worn by Madonna.

After performing as Marilyn Monroe in her music video for Material Girl, fans have seen a resemblance between the singer and the late actress. At the 1991 Academy Awards, Madonna arrived in style with Michael Jackson dressed in a Bob Mackie outfit inspired by Monroe. With her blonde hair curled to perfection, the singer adorned $20 million worth of Harry Winston diamonds around her neck, as stated by Definition.

Madonna showed her excellent acting chops in the 1996 musical drama Evita where she played the iconic political leader of the same name. While critics had a say about her outfit, the conversation behind it genuinely made it iconic. Madonna was dressed in a Red Givenchy velvet dress decorated in roses, channeling the character of Evita for her sensational red carpet look.

It was unlike the Queen Of Pop to wear a ball gown. However, she pulled it off gracefully. Madonna dressed in a yellow satin ball gown at the 1998 VH1 Awards, looking like a gothic Disney princess. She had dyed her hair black and wore matching jewelry to complete the look to perfection. While the press wasn’t appreciative of her outfit, it was impossible for anyone but her to dazzle with confidence in it.

One of Madonna’s most memorable outfits remains the 1991 Cannes Debut look. Back when social media didn’t exist, Madonna still managed to become a topic of conversation. She walked the red carpet in an oversized pink satin jacket. According to Harper’s Bazar, she went to the top of the red carpet stairs to rip her jacket and unveil the cone bra and underwear she was wearing. French designer Jean Paul Gaultier created the linger.

The first VMA ceremony was held in 1984, and Madonna was in attendance. The singer decided to show the vibes of her album Like A Virgin with her bold outfit. Her sheer white dress had a belt with the term Boy Toy labeled on it. She had finished her look with lace gloves and cross necklaces. It was the outfit that started a long string of unusual outfits on the red carpet.

One of the most daring looks worn by Madonna came in 2015 at the Grammys when the idol strutted the red carpet wearing a Givenchy bodysuit. Madonna made every head turn in her direction with a birdcage hat on the head, a black lace bodysuit, and fishnet tights. The outfit was one of the moments when she pushed the envelope of showing daring outfits at award shows.

A fan of Givenchy, Madonna wore the moniker’s gown for the biggest fashion night of 2016, the MET gala. The outfit was completely see-through, which raised a few negative comments; however, Madonna quickly shut them down. As mentioned by The Things, she wore the dress as a political statement to show her fight against ageism and sexism with a stereotype that women stop being attractive after a certain age.

When the 2018 MET Gala theme fell right into the Madonna ally, the songstress did not disappoint. To follow the theme of the Gala as Heavenly Bodies: Fashion And The Catholic Imagination, she came dressed in a gothic ensemble. Assembled by Jean Paul Gaultier, the black gown had a black veil, jeweled rosaries, and crown of crosses.

Madonna has been an icon in the fashion and music industry alike with her extravagant outfits and concerts. She likes to be herself and take a stand for what she feels is true. She teaches her love for fashion and various cultures through her red carpet looks. No matter what event is being hosted, she eventually becomes the most talked-about person due to her expensive outfits.