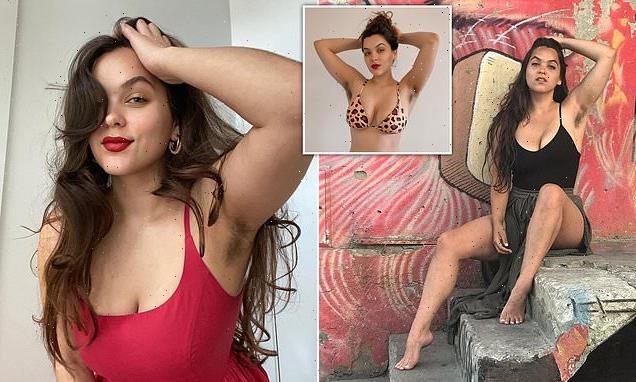 OnlyFans model has made more than £300,000 in two years by sharing photos of her hairy armpits – but says her sex life has suffered because men in real-life call her ‘dirty’ and ‘disgusting’

An OnlyFans model claims she has made more than £300,000 in two years by sharing content of her hairy armpits but says her sex life has suffered as a result.

Fenella Fox, 28, from Worcester, stopped shaving her armpits in 2017 in protest against men’s expectations of her.

But while some men embrace her decision to grow out her hair others have branded her ‘disgusting’, ‘dirty’ and ‘unhygienic’. She has only had sex twice in the last five years. 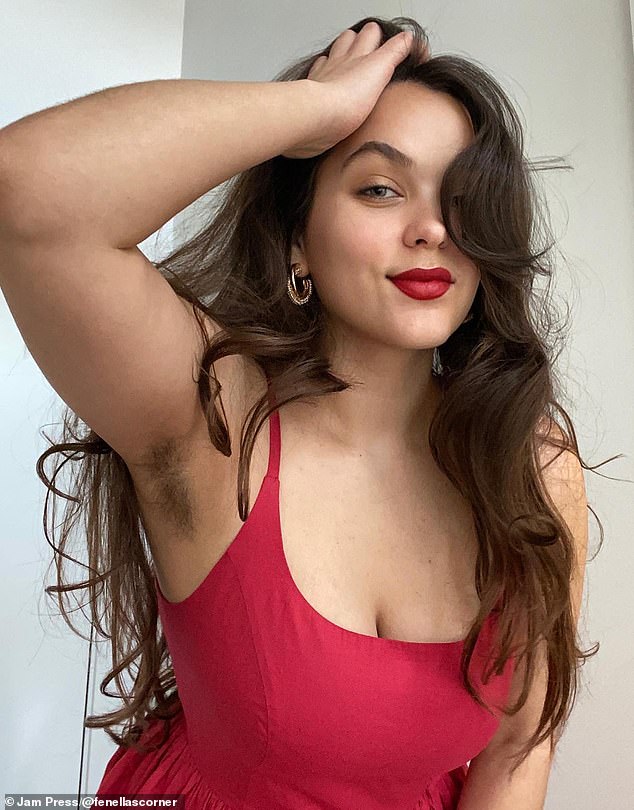 Fenella Fox, 28, from Worcester, stopped shaving her armpits in 2017 in protest against men’s expectations of her 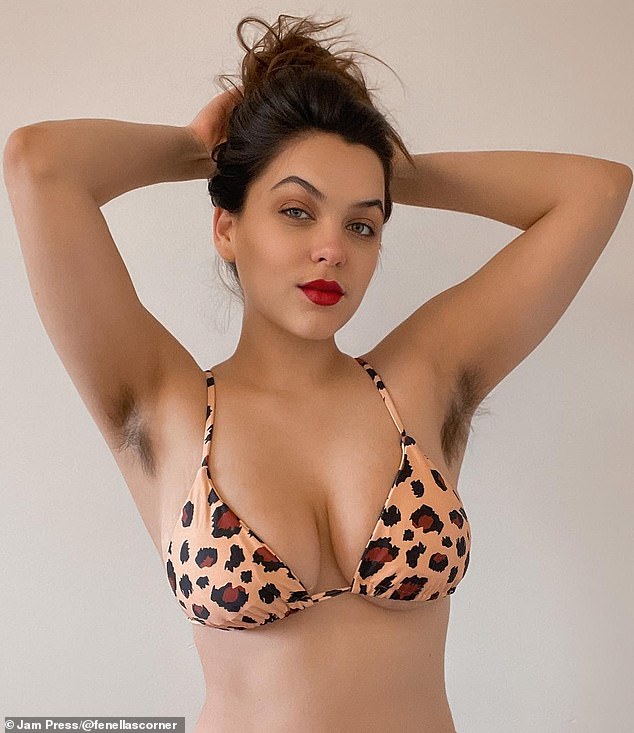 Fenella, pictured, said she has had one positive experience since she stopped shaving her armpits when a man kissed her armpit hair and said he loved her female empowerment 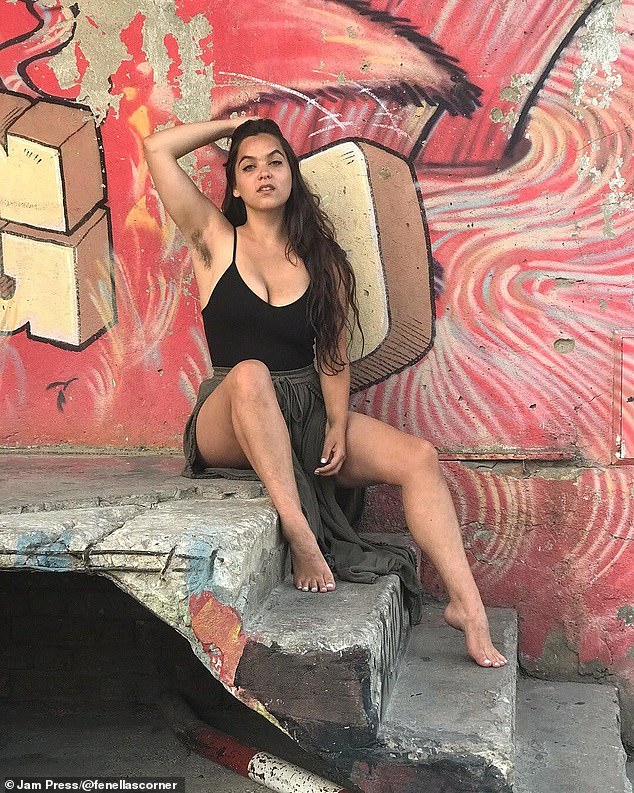 The 28-year-old, pictured, said that she has only slept with two people since 2017- the year she stopped shaving her armpits as it puts some men off but said some want her as a ‘trophy’

‘I’ve had one make-out session since [shaving], where the guy kissed my armpit hair and commented that he loved my female empowerment,’ she said.

‘While this made me feel respected and appreciated, the experience was very unexpected.’

She continued: ‘I’ve had a lot of men tell me that I’m “disgusting, dirty, unhygienic, lazy” and I’ve even had death threats. Some have said I’ll be “single forever” and will “never get a man”.

‘I feel happy with my hairy armpits. I don’t notice them so much anymore but they often do make me feel sexy and more womanly.

The model, pictured, said that despite her dating and sex struggles, she likes being naked, something her fans appreciate 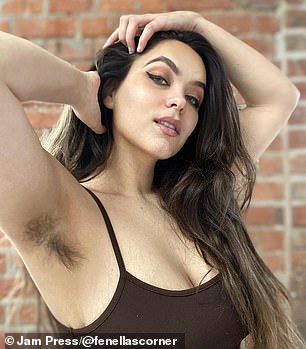 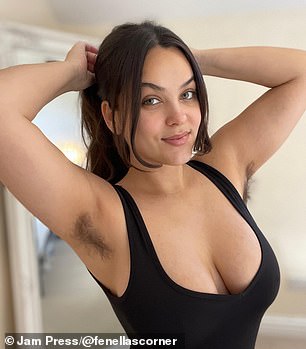 The 28-year-old, pictured left and right, said that not shaving has been ‘life-changing’ for her and she wishes more women would embrace their natural hair without shame

‘I feel proud to raise my armpits in public, especially if I feel like I’m surrounded by close minded people.

‘An arms-up dance in a nightclub full of clean shaven people always gives me a thrill.’

Fenella said she was ‘highly sexualised’ in school because of her large breasts and had an experience of being groped without consent by a classmate.

She decided to start work as a cam girl in 2014 as a way to show men they can ‘look but not touch’ and later joined OnlyFans.

She said her parents have been ‘very supportive’ of her career. 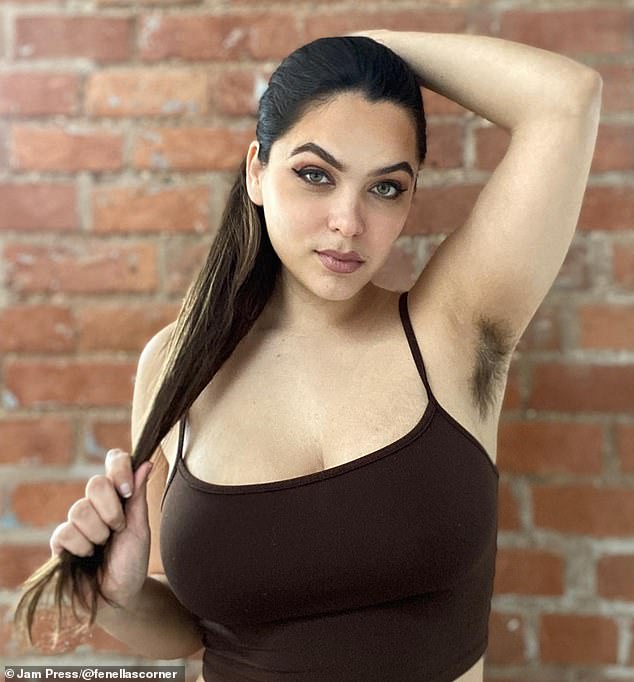 Fenella, pictured, admitted that she has had death threats and men calling her ‘dirty’, ‘unhygienic’ and ‘lazy’

The model continued: ‘I am very body confident thanks to my job so If I have the opportunity to be naked I’ll take it.

‘I love being naked; attending nudist areas, nudist events or doing nude photo shoots. I think the world would be a better place if we were all more comfortable with our naked and natural selves.’

She urged other women to embrace their natural body hair.

‘It’s frustrating how men don’t feel pressured to shave but women do,’ she said. 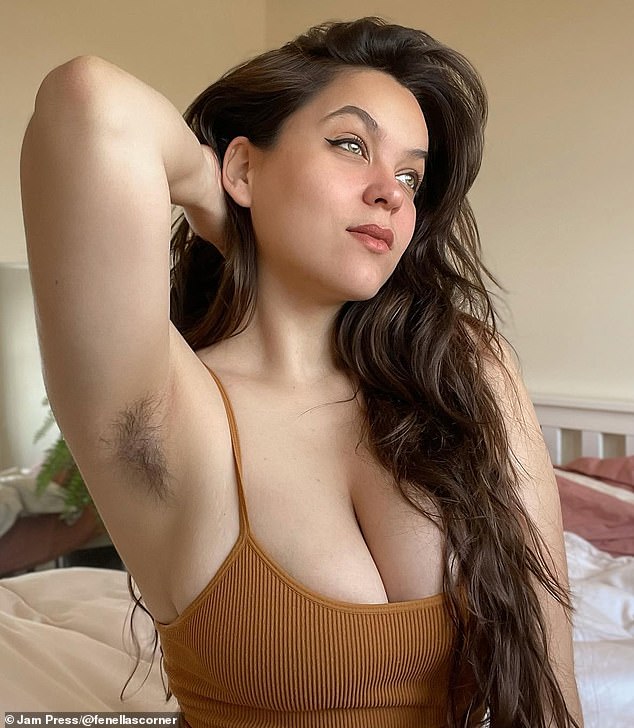 The 28-year-old, pictured, admitted that she has considered shaving but she hates the idea of being itchy afterwards

‘It’s a huge double standard that we should challenge more. Not shaving has been totally life-changing for me and I wish more women would embrace their natural hair without shame.’

However she hasn’t ruled out shaving further down the line, adding: ‘I have felt the urge more since moving to a busy city to shave as I love the idea of exploring another more conventionally glamorous side of myself and seeing what comes of it (especially how men may treat me different) but I also hate the thought of the itchy days right after shaving.

‘I also think it’s important more women challenge the societal expectations of our body hair and if I have to be one of the loudest to do that then so be it.’