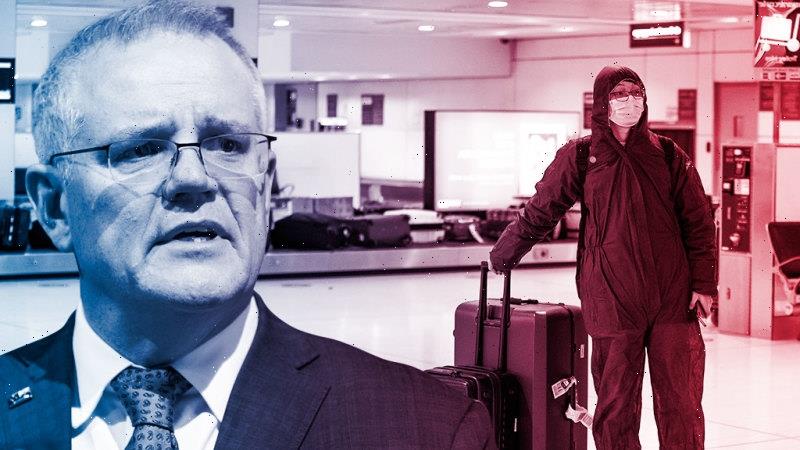 More than one-third of Australians believe a cut in overseas arrivals is the best way to handle growing pressure on the nation’s quarantine regime amid a political row over the need for dedicated facilities.

Only 7 per cent of voters back the idea of expanding the existing hotel quarantine system to allow more people to enter the country. 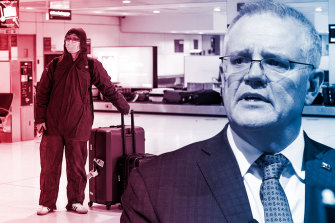 Prime Minister Scott Morrison has defended the hotel quarantine system against Labor attacks over breaches that have spread COVID-19 into the community.Credit:Fairfax Media

With more than 35,000 expatriate Australians waiting to return home, a new survey has found there is only minority support for increasing arrivals, even if it is done with more purpose-built facilities.

Prime Minister Scott Morrison has defended the hotel quarantine system against Labor attacks over breaches that have spread COVID-19 into the community, intensifying calls for more facilities like the Howard Springs camp near Darwin.

The exclusive survey, conducted for The Sydney Morning Herald and The Age by research company Resolve Strategic, shows 36 per cent of respondents want the number of arrivals to be cut and another 19 per cent want it to stay the same.

Another 30 per cent favour the construction of purpose-built facilities and 7 per cent want more hotel quarantine, with the remainder undecided.

Mr Morrison has called a national cabinet meeting with state and territory leaders as early as Monday to discuss the troubled vaccination rollout after the government halted the use of AstraZeneca’s COVID-19 vaccine for people under 60, sparking more Labor attacks on the Prime Minister’s handling of the pandemic.

“This government had two big jobs this year: to roll out the vaccine and to establish national quarantine facilities. And it’s very clear that it’s botched both,” Labor leader Anthony Albanese said on Friday.

Mr Morrison has committed $200 million to a Victorian proposal for a purpose-built quarantine camp near Avalon Airport outside Melbourne, which aims to start construction in September and finish in January.

But he has dismissed a Queensland bid to build a facility near Toowoomba with support from the owners of the city’s airport, arguing quarantine centres should be close to major hospitals and airports taking international flights.

The Resolve Political Monitor was conducted from June 8 to 12 and asked 1600 voters about their views in online questions, with a margin of error of 2.5 per cent.

The results show there is 55 per cent support for keeping the intake the same or lower despite widespread media coverage of the hardship facing Australians who want to return home but are struggling to get flights because of the quarantine caps.

Mr Albanese stepped up his calls on Friday for a federal commitment to the Toowoomba quarantine camp, saying local airport owner John Wagner could set up the facility with 600 beds within 12 weeks without needing capital investment from Canberra.

“Why is it that we’re not capable of building purpose-built sites for this crisis?” Mr Albanese said.

“This government has spent hundreds of billions of dollars, it’s racked up $1 trillion of debt and yet it can’t fix purpose-built quarantine.”

Health Minister Greg Hunt, who signed off on the Howard Springs facility and the Victorian proposal, rejected the Labor call to approve the Toowoomba project. He said advice from two expert reports was that it was important to locate facilities near workers and major hospitals to reduce the risk of moving large numbers of people.

“The point Anthony Albanese is missing is he’s proposing to increase the risk of transmission in defiance of two reports,” he said.

There have been at least 21 breaches of hotel quarantine since the pandemic began, according to federal figures, and authorities remain unsure how a Victorian man contracted COVID-19 from a neighbour in hotel quarantine in South Australia in May and then brought the infection to Melbourne days later.

One theory is that the Melbourne man opened the door to his room soon after the infected neighbour had done the same.

The federal government’s Chief Nursing and Midwifery Officer, Alison McMillan, signed off on changes to infection control standards with state and territory counterparts last month to toughen standards and prevent the aerosol spread of the coronavirus.

Liberal backbencher Katie Allen has called for further moves such as rapid antigen testing of people who have recently left hotel quarantine, with results available within minutes.

“We should also consider offering vaccination to all returned overseas travellers or, even better, require them to vaccinate before returning to Australia,” Dr Allen wrote in this masthead.

Mr Morrison signalled this week he wanted to find ways to bring more workers into the country to solve labour shortages and back schemes to bring in students for the university sector.

“Australia is a migration nation. It’s an immigration nation. And so that has been cut off for us largely this last 18 months. And so we’ve got to find practical ways to solve those problems over the next 12 months,” he said on Sky News on Wednesday.

In a sign that skilled workers could get priority, Mr Morrison said the “gradual process of opening things up” would be targeted on measures that generate the biggest benefit for the economy.

The federal budget assumes small programs to bring in foreign students later this year and an increase in the caps on international travel in the first half of 2022, with earlier rules for safe zones such as the New Zealand travel bubble.