Taking a step back! Olivia Culpo reveals on an upcoming episode of The Culpo Sisters why she chose to freeze her eggs — and how her fertility struggles are affecting her relationship with Christian McCaffrey.

“I’ve been making decisions out of fear for the future,” Culpo, 30, says in Us Weekly’s exclusive sneak peek at the season finale of the TLC show, which airs on Monday, December 5. “There’s a lot of pressure that I’ve been putting on my relationship because of fertility.”

The model, who has been dating McCaffrey, 26, since June 2019, notes that her struggle with endometriosis and “all of my friends getting married” caused her to panic about when she will become a mother. 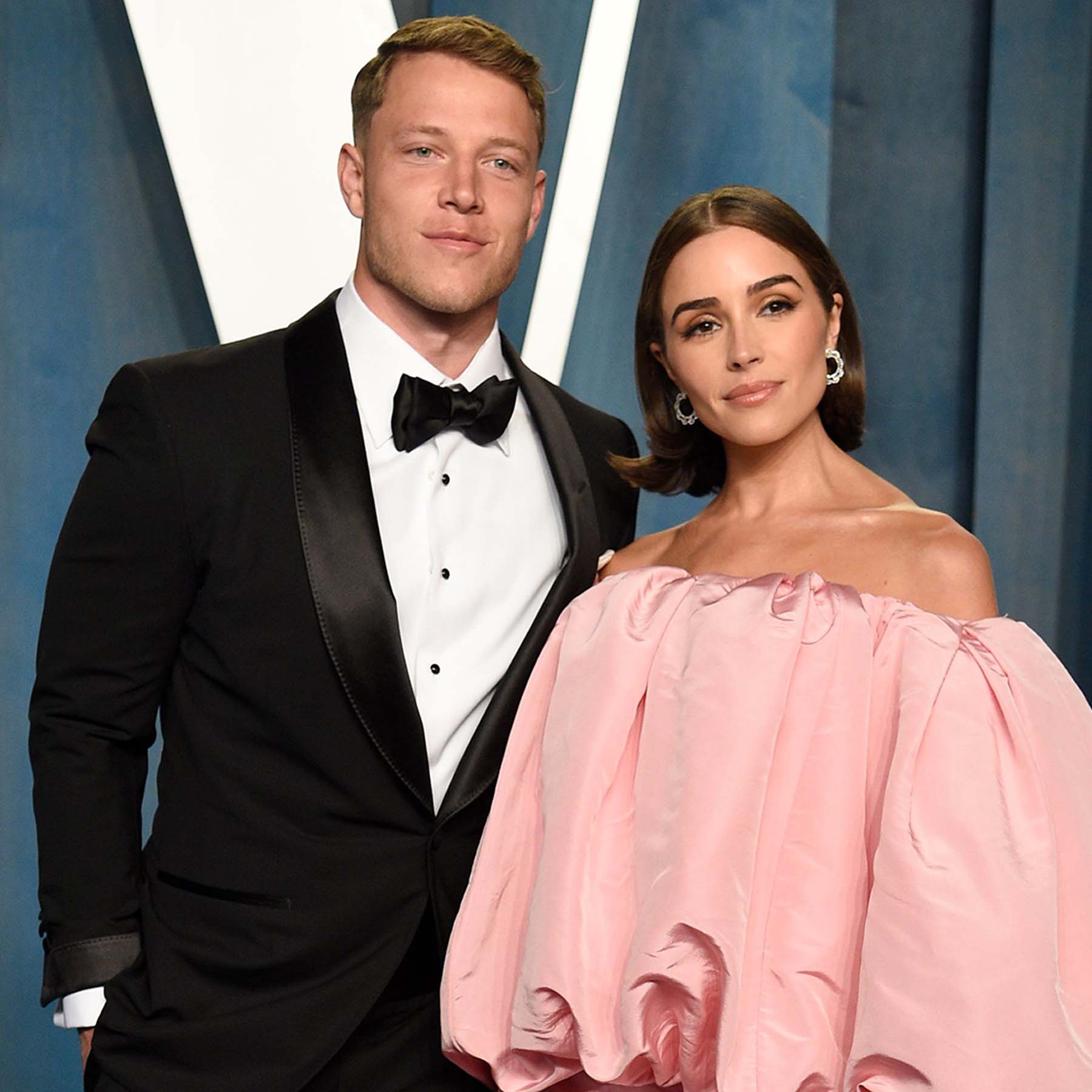 While sitting down with her sisters, Aurora Culpo and Sophia Culpo, during a spiritual retreat, the Sports Illustrated Swimsuit model explains her new outlook on conceiving children.

“I think I’m just trying to practice, like, being happy where I am,” the Rhode Island native tells her siblings in the clip. “And really just not comparing. I’ve been given more time to work on myself.”

Aurora — who shares son Remi, 4, and daughter Solei, 2, with her estranged-husband, Mikey Bortone — points out that all of the Culpo sisters are going through a “transition,” referring to her own ongoing divorce. (She filed for divorce in April after Bortone, 48, allegedly cheated on Aurora, 33, following three years of marriage.)

Olivia seemingly agrees with her big sister’s assessment, later telling her loved ones that she has “big news” regarding her fertility journey.

Rooting for Them! Celebrities Who Are Dating Athletes

“I am going to freeze my eggs so that I can have babies when the time is right for Christian and I,” the Back 40 cofounder says during the episode. “It’s an insurance policy. It’s exciting.”

The former Miss USA winner previously dished to Us about her marriage and baby plans with the San Francisco 49ers player, noting they’ve discussed their future.

“[We’re] taking it day by day,” Olivia exclusively told Us last month. “It’s really exciting, you know, there’s so much to be grateful for and I don’t wanna give too much away because we do get into this a lot in the show but … I know that everything’s gonna work out exactly how it’s supposed to. I’m really excited for that.”