How did double agent Oleg Gordievsky stop Russia launching a nuclear strike on the West? Historian Ben Macintyre reveals the gripping story of the KGB agent who saved us from Armageddon

We’re walking through a park in London where a Soviet spy once carried out a secret drop – just before he saved the world. ‘Most people have no idea how close we were to nuclear war at that time,’ says Ben Macintyre, author of The Spy And The Traitor, which tells the extraordinary true story of a KGB agent turned British informant called Oleg Gordievsky. ‘He was able to crack open the inner secrets of the Kremlin. No spy had ever done that for Britain before.’

Gordievsky worked undercover for the KGB – the Soviet secret service – in London in the early Eighties, sending reports back to Moscow. But he was also, bravely, spying for the West. ‘If Oleg had been caught he would have been tortured and executed, and most of his family would have been rounded up as well.’ 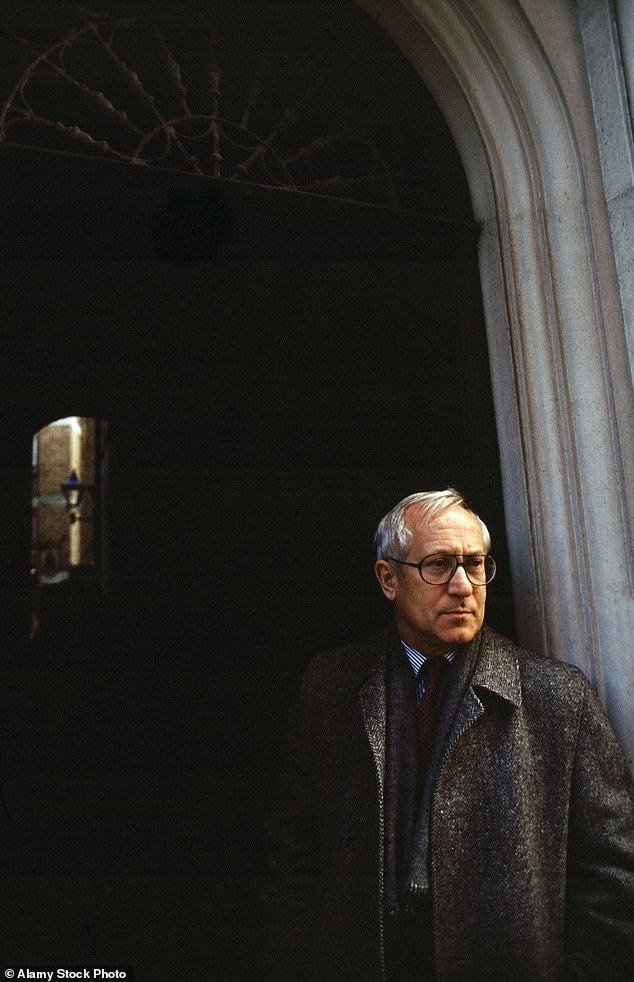 Oleg Gordievsky today. In 1997 the Queen made Gordievsky a Companion of the Most Distinguished Order of St Michael and St George

Then came Able Archer 83, a Nato war-game training exercise in November 1983, leading up to a simulated nuclear attack. The Soviets thought it was real. ‘Ronald Reagan’s rhetoric about the Soviet Union as an “evil empire” was interpreted in Moscow as a direct threat. The Kremlin genuinely believed the West was going to launch a first nuclear strike.’

The Soviets panicked and prepared to launch their missiles first, believing it was the only way to save themselves. Gordievsky heard all about it as a senior KGB operative, but quickly passed word on to his handlers, who took it to the highest level.

‘People in Downing Street and the Oval Office didn’t believe it at first, but Oleg managed to convince them it was true – and say that unless they calmed down the fighting talk, the West would effectively press the button on its own destruction.’

Moves were made to calm down the Soviets, who never fired. ‘A lot of what spies do doesn’t amount to a hill of beans. This is one of the few cases in which spying changed history.’

Gordievsky was even more intimately involved in the next historic development, when the Russian leader Mikhail Gorbachev came to London in 1984 for a meeting with the Prime Minister that would hasten the end of the Cold War. ‘Oleg was briefing both sides. He was telling Thatcher what to say to Gorbachev and he was telling Gorbachev what to say to Thatcher. Extraordinary.’ 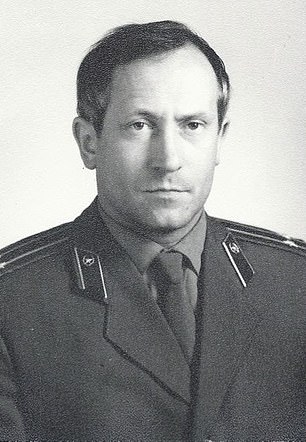 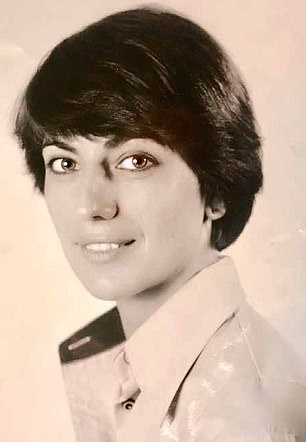 Gordievsky had been brought up a loyalist, the son of a KGB agent, but his stomach was turned by the sight of the Berlin Wall going up while he was stationed there. ‘He came to believe that he was serving a corrupt, barbarian regime. He didn’t do it for money; he did it purely for ideological reasons.’

All this is laid out in The Spy And The Traitor, which is about to be released in paperback. So I’m walking with Macintyre, a short, bespectacled 55-year-old with a tweed jacket and a fierce intelligence, through Coram’s Fields near Holborn. This is where Gordievsky carried out his last dead-drop, hiding £8,000 in the bushes for a newly arrived Soviet spy. ‘He brought his kids as cover. They would have been aged three and six. He left them on the swings, went behind the hedge and dropped a brick with the notes, wrapped in a plastic bag.’

But, of course, Gordievsky had told the British too. ‘At one end of the path was an agent disguised as a cyclist, at the other was another with a pram and a camera, so she could snap whoever came to pick up the brick.’

The following day, Gordievsky kissed his wife Leila and his two daughters and flew to Moscow, having been summoned back to face his masters, who suspected him of treachery. They injected him with a truth drug but Gordievsky gave nothing away, so he was released. Leila and the girls were called back to Moscow, unaware he was a double agent.

Gordievsky fled the country by triggering an audacious escape plan dreamed up by MI6. First he shook off his KGB tails, then made for the border with Finland, hiding in remote undergrowth until he was picked up by a rescue car driven by two British agents who, astonishingly, had brought along their baby.

Gordievsky was locked in the boot and wrapped in silver foil to fool heat-seeking cameras, but his scent attracted sniffer dogs at the border. The baby’s mother dropped cheese and onion crisps to distract them, then got out and changed her daughter’s nappy on the boot, letting the stinky results fall to the floor. ‘The dog duly slunk off,’ says Macintyre.

After his escape, Gordievsky was given a safe house in the suburbs, where he still lives. But attempts to get his family out of Moscow by diplomatic means failed. ‘They underestimated just how furious the KGB was. This was the most embarrassing failure in KGB history.’

Macintyre describes the former spy in his book as one of the loneliest men he has met. ‘In a way, Oleg lost everything. He lost his family. He lost his marriage. He’s estranged from his children. He’s paid an enormous cost. He lives a very solitary life.’

But he adds: ‘I don’t want to make him sound like a tragic figure, because I’ve never heard him express a single word of regret. He’s always maintained that he made the right decision and I don’t think I would challenge that, morally, in terms of what was happening in the world then.’

Leila Gordievsky did eventually come to Britain, after the end of the Soviet Union, but the marriage quickly failed. ‘She’s at another safe house here in Britain. And she is still looked after by MI6. They have a duty of care to her as they do to Oleg. They don’t know where the other is.’

In 1997 the Queen made Gordievsky a Companion of the Most Distinguished Order of St Michael and St George, the honour awarded to James Bond in Ian Fleming’s books. ‘Oleg is very proud of that. But Bond’s not a spy, he’s an assassin. He’s not gathering intelligence. No one like Bond ever existed.’

After years building up contacts through his work as a journalist, Macintyre had help in approaching Gordievsky. ‘I went through a middleman to see him. It wasn’t as easy as turning up outside his front door.’

Security is still tight, particularly after the poisoning of the double-agent Sergei Skripal and his daughter Yulia in Salisbury last year. ‘The remnants of the KGB are still really angry about Gordievsky. I’m told Vladimir Putin has a personal axe to grind when it comes to Oleg. The execution order on him has never been rescinded.’ 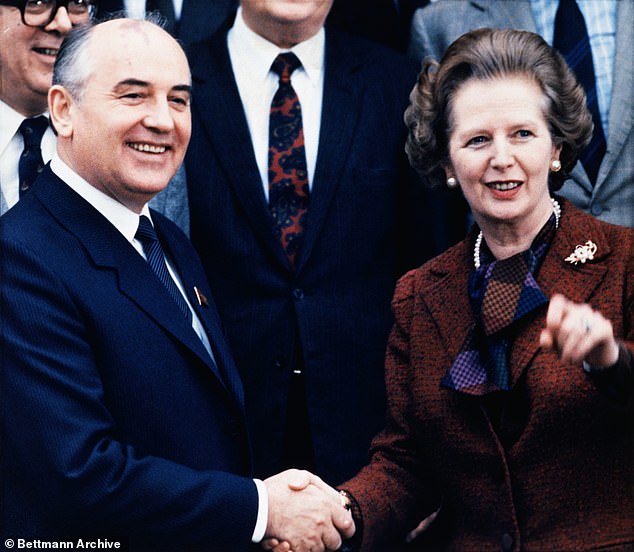 Mikhail Gorbachev meets Margaret Thatcher at Chequers in 1984; Gordievsky had briefed them both

Macintyre believes Putin and the other former KGB officers who run Russia now are still up to their old tricks. ‘One of the things Oleg was tasked to do when he first came over here in 1982 was to interfere with the General Election. Fake news – there was plenty of that sloshing around. Of course they are still at it. The methods are just different. They’re doing it on Facebook, they’re doing it on Twitter, but the technique is the same.’

What are they after? ‘Confusion. It’s an old Stalinist technique called maskirovka, little masquerade, which means confusing everybody so that nobody knows what is real and what isn’t. That creates an atmosphere in which it’s very hard to govern.’

How did the British secret services react when they found out Macintyre was talking to Gordievsky, putting together a detailed account of his spy work and escape? ‘They didn’t interfere, but they didn’t stop me. Former intelligence officers had to go back and ask permission to talk to me, but I was given total access. The only thing they were insistent on was that I didn’t identify any of the intelligence officers by name.’

And why were those former agents so happy to talk? ‘Spies, God bless them, are brilliantly indiscreet. They love telling their own stories.’ They still have a powerful resonance today, he says. ‘I got very lucky. The Skripal case gave this story an immediacy that I had not anticipated. But intelligence is more important than it’s ever been. Far from disappearing, because we do everything online now, the secret world is more important than ever. False identities are being created all the time online, but at the end it does still come down to two people looking each other in the eye and saying, “OK, I trust you.”’

That does ring true. And when former spies think of spilling their secrets and telling their amazing stories at last, Ben Macintyre is clearly the man they trust.

‘The Spy And The Traitor’ is published in paperback, with a new afterword, on May 30 (Penguin), £8.99. For details about Ben Macintyre’s book tour, visit penguin.co.uk/events

Ben Macintyre will be speaking at the Chalke Valley History Festival on Saturday 29th June. For tickets, go to www.cvhf.org.uk or call 01722 781133