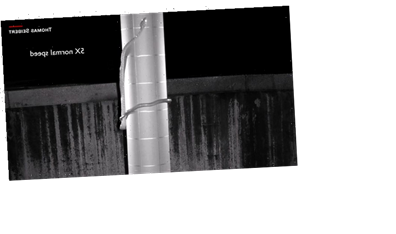 As if it’s not enough that snakes can slither, sidewind, swim on top of water, jump and glide between trees. Scientists have recently discovered a new way for them to get to you: climbing like a lasso.

Researchers from Colorado State University and the University of Cincinnati inadvertently made the discovery while working on the conservation of Micronesian starlings, a native forest bird species threatened by invasive snake predation in Guam.

As part of a new study, researchers had installed tall metal cylinders known as baffles on the island to prevent snakes and other predators like raccoons from climbing up to bird boxes. But brown tree snakes figured out a way around the barriers.

“Initially, the baffle did work, for the most part,” Thomas Seibert of CSU, a co-author of the study, said in a press release.

Seibert said he and a colleague had watched around four hours of video “and then all of a sudden, we saw this snake form what looked like a lasso around the cylinder and wiggle its body up.”

“We watched that part of the video about 15 times. It was a shocker. Nothing I’d ever seen compares to it,” he added.

The brown tree snake is native to Australia, Papua New Guinea, eastern Indonesia and several Pacific islands. It was introduced accidentally to Guam in the late 1940s or early 1950s. The reptiles have since decimated forest bird populations on the island and cause damage and power outages.

The new finding has important implications for conservation.

“Understanding what brown tree snakes can and cannot climb has direct implications for designing barriers to reduce the dispersal and some of the deleterious effects of this highly invasive species,” said Bruce Jayne of the University of Cincinnati, who also helped author the report.

“Given that brown tree snakes can use lasso locomotion to defeat poles or cylinders of a certain size, we can design baffles to better protect birdhouses used for restoring some of Guam’s birds,” he said.

This new mode differs from the concertina mode snakes typically use to climb branches and pipes. The brown tree snakes use the lasso-like loop to form a single gripping region, using little bends within the loop to advance upwards slowly.

But here’s the good news for the birds of Guam (and snake-haters everywhere): This way of climbing is apparently a struggle for the snakes.

Researchers observed that the snakes move quite slowly, slip often, stop to rest and breathe heavily while climbing in this way.

The study was published on Monday in the Current Biology journal.