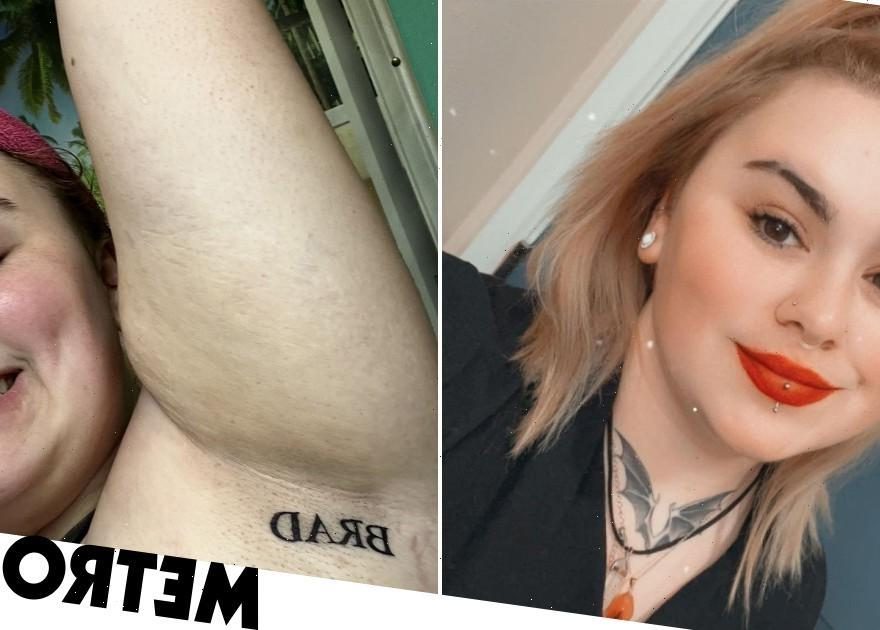 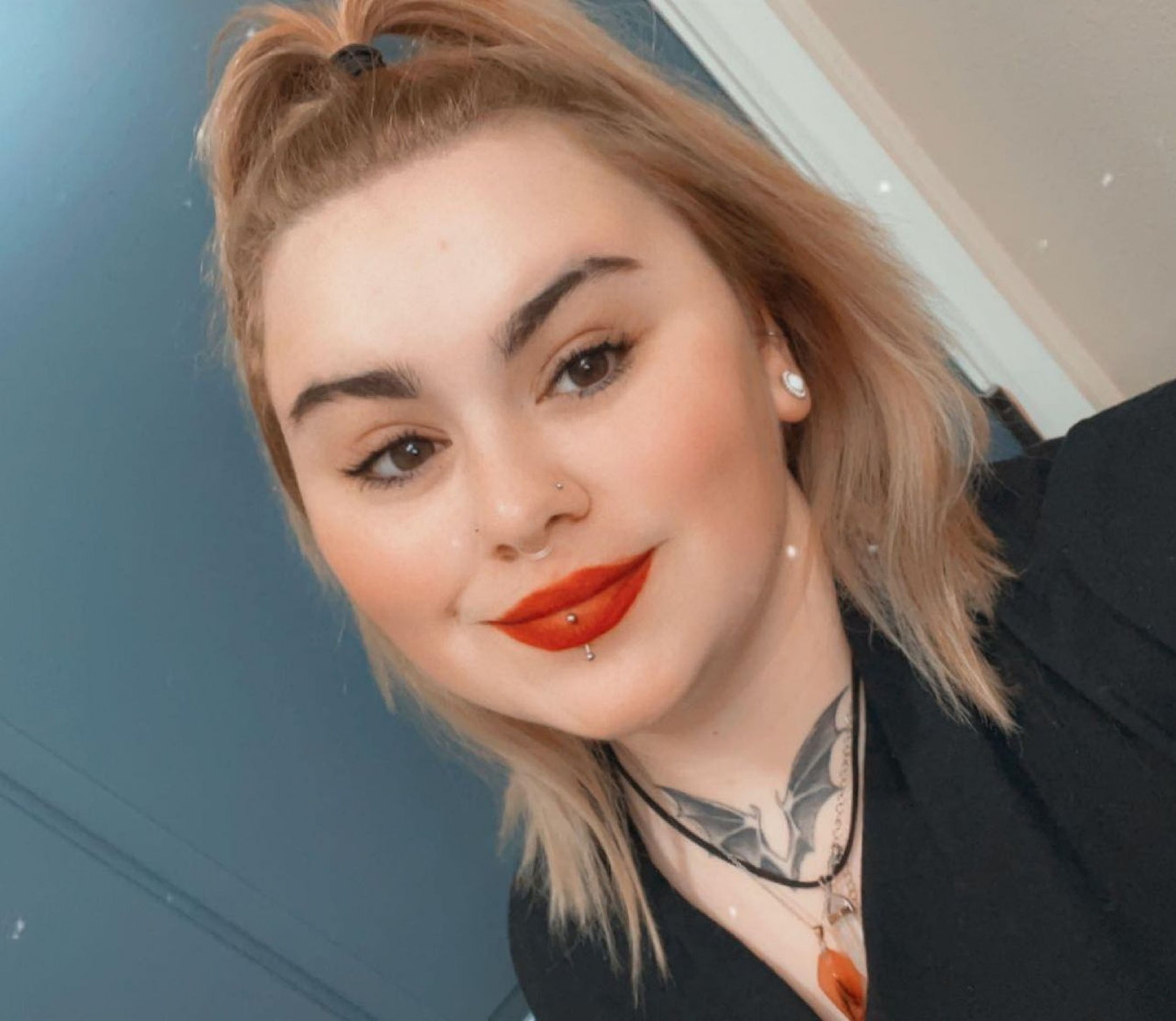 This ‘prankster’ nursing assistant has revealed she had ‘Brad’ tattooed on her left armpit in homage to her favourite actor – all so she can ask pals if they want to ‘meet’ the Hollywood A-lister.

Samantha McCullough, from Waco, Texas, visited a tattoo parlour on Sunday to get some new ink, and in a spur-of-the-moment decision asked if the tattooist could squeeze in the unique tribute to Brad Pitt too.

The 23-year-old claims the artist thought her request was ‘hilarious’, and admitted it isn’t her only ‘funny’ body art. She also has a camel tattooed on her toe, in a real show of commitment to punny body art.

Samantha said: ‘I guess you can say I am a fan. I got his name so now I can ask people if they want to meet “Brad Pitt”.

‘I think Mr. and Mrs Smith is probably my favourite movie with Brad Pitt in it. I just think he’s a good actor.

‘I also love him in Thelma and Louise and Interview with the Vampire as well, but Mr and Mrs Smith is my favourite.’

Far from being a crazed superfan, Samantha says she doesn’t ‘have an obsession with’ the Fight Club actor, but ‘just thought it would be a fun tattoo to get.’

‘My tattooist thought it was hilarious and was ready to do it, he laughed with me,’ she said.

‘I set an appointment for a different tattoo and asked him if he wanted to do Brad Pitt that same appointment.’

The ink is still healing on the her new Brad (arm)pit, meaning Samantha hasn’t yet had a chance to show it off.

She added: ‘My co-workers and bosses like it though.’

After leaving the salon, Samantha proudly sent snaps of her new tattoo to her friends and family, who she claims laughed at the permanent tribute to the legendary actor.

Samantha said: ‘My friends and family love the tattoo. Everyone has laughed with me so far, my artist had a fun time doing it as well.

‘I am curious to see who else has Brad Pitt tattoos because I know I can’t be the only one.’

After sharing snaps of the tattoo online, Samantha says she’s received ‘a mix of reviews’, although the majority are ‘good and loving’.

She continued: ‘Some people think it’s stupid and a waste of money but I love it regardless. It makes me laugh and that’s all that matters.

‘I do have more tattoos. I also have a camel toe tattoo on my toe and Taco Bell on my knuckles.

‘I’m not very good at pranking anyone but I do love making people laugh and trying to do silly pranks.’