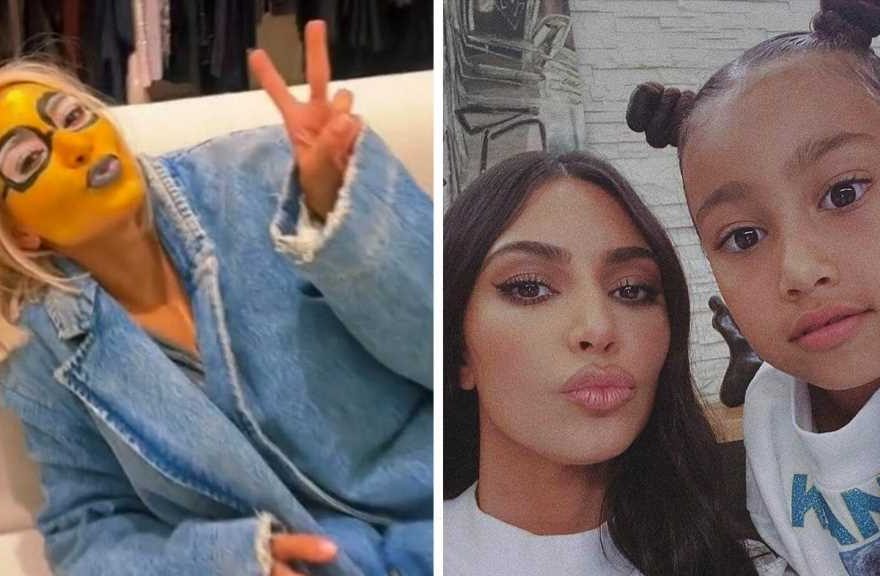 North West is continuing to show off her serious skills with a makeup brush!

The 9-year-old took part in a viral TikTok trend and turned her mother Kim Kardashian into a minion character fully styled with a sparkly lip.

The mother-daughter duo captioned their video “Mommy Minion” on Sunday and featured North applying a neutral foundation base on Kardashian before applying yellow eyeshadow to her entire face. North then painted on round black glasses and completed the look with a shimmery blue and purple lip gloss. Admiring her daughter’s work, the 41-year-old smiled and threw a peace sign to the camera.

This isn’t the first time the reality star has given props to her first-born for her makeup artistry.

During an interview with Allure, the SKIMS mogul shared a story about a prank her daughter had pulled that went wrong when the 9-year-old decided to stage a crime scene.

The “Kardashians” star revealed that North had put gore makeup on her and her sister Chicago, and transformed a room into a murder scene which prompted their house keeper to call the authorities. 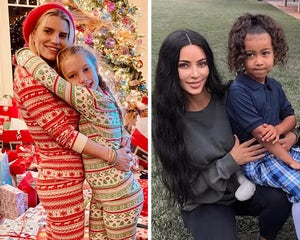 “She’s actually so good that I rented a house this summer … and she decided not only to prank me and do [the makeup] on her and Chicago, but she made the whole room look like a murder scene.”

After her kids had successfully pulled their prank, Kim was too tired to clean up after the messy practical joke. The next morning the mom of four dropped her kids off at school and the housekeeper had arrived at a horrifying scene.

“The housekeeper came and tried to call the authorities and called the homeowner thinking that it was a full, real murder scene,” Kardashian recalled. “I had to let them know that it was completely just a prank and my kids were doing special effects makeup. It was bad.”