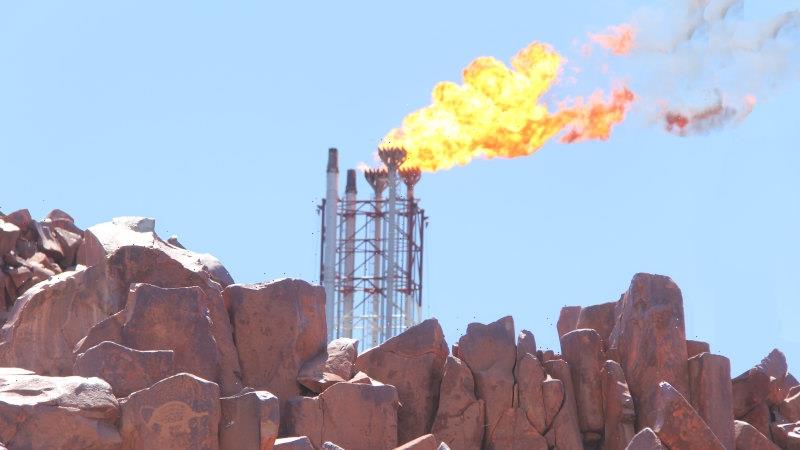 Greenhouse emissions from new fossil fuel projects would exceed current expectations, fresh analysis shows, which could force the Albanese government to slap harsher pollution limits on other heavy industries if it is to approve the projects and also hit Australia’s legally binding climate target.

A looming gas supply shortage is compounding the government’s dilemma as a report by Energy Resources Institute finds new coal and gas projects would blow the budget of Australia’s centrepiece emissions reduction policy, the safeguard mechanism. 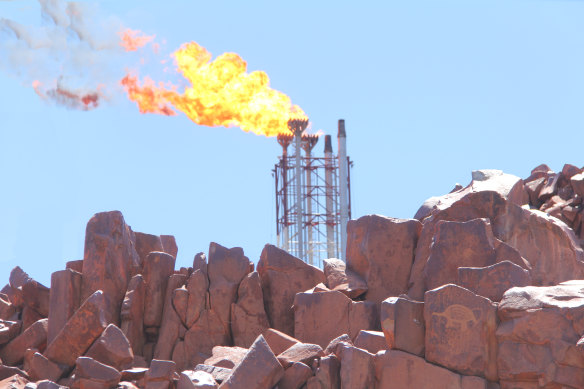 The report, commissioned by the Australian Conservation Foundation, found even if no new fossil fuel projects start up, the greenhouse emissions from coal mines as well as gas plants and processing facilities will remain constant over the coming decade, which is contrary to the government’s assumptions.

“Emissions from existing coal and gas facilities show no sign of declining,” ERI’s report said. “Without further intervention, these facilities will dramatically exceed their share of the emissions budget allowable for the federal government to reach its climate goals.”

The federal government has committed to cutting emissions by 43 per cent by 2030. A government policy paper assumes the safeguard mechanism, which will put emissions caps on the 215 biggest industrial polluters, including coal mines, gas processing plants, aluminium smelters and cement producers, will deliver about 13 million tonnes of emissions reductions a year. Modelling by independent firm Reputex, which analysed the Albanese government’s climate target ahead of the May election, calculated a 22 million tonne reduction.

ERI trawled the list of current and future plans for Australia’s coal mines, gas fields and processing facilities and found while coal mine closures could reduce annual emissions by 8 million tonnes, gas processing would chug along creating roughly 33 million tonnes each year from now until the end of the decade.

It also calculated the emissions from a short list of the probable new gas projects, which the proponents say will go ahead in the near future, including Woodside’s Scarborough field in Western Australia and Santos’ Barossa field in the Northern Territory, as well as Adani Group’s Carmichael project in Queensland.

The federal government’s emissions projections, released earlier this month, forecast LNG emissions to grow by just 6 million tonnes by 2030 even when new gas fields are factored in because Chevron’s giant Gorgon project in Western Australia is required to store 80 per cent of its emissions in carbon capture and storage. But the project is failing, to date only working at one-third of its required capacity.

ERI’s finding of ongoing fossil fuel emissions increases clashes with a prevailing industry assumption, that a large part of the emissions reductions required by the safeguard mechanism would come from a drop off in coal mining, caused by a shift in the global energy market from fossil fuels to renewables.

Adding to the pressure on the Albanese government is an urgent need to boost the volume of gas production to stop the risk of supply shortfalls causing blackouts in the electricity grid or forcing manufacturers to shut down.

The Australian Energy Market Operator and the Australian Competition and Consumer Commission both warn of a gas supply shortfall that could bite as soon as 2024. The federal government says it is open to approving new coal and gas projects if the economic and environmental credentials stack up.

Companies captured by the safeguard mechanism, due to start in July next year, can cut their pollution by switching to cleaner technology or by buying emissions credits generated by carbon sequestration projects, such as forest regeneration and preservation under the Emissions Reduction Fund. However, this will be controversial as experts warn the scheme, set up under the former government, has been selling credits for worthless carbon reduction projects that do not deliver real world plant growth.

A spokesperson for Climate Change and Energy Minister, Chris Bowen, said the government was currently consulting industry to finalise the regulations.

“The government’s changes to the safeguard mechanism are designed to encourage economic activity in a decarbonising global economy,” the spokesperson said.