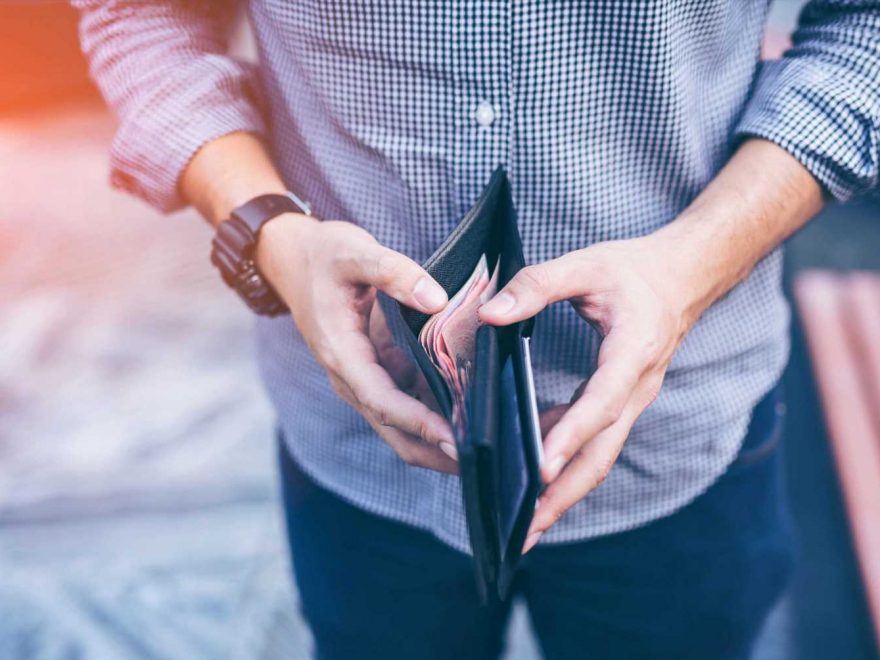 YOUR wallet could be hit with some steep financial blows if you're not aware of some of the changes coming into place next month.

For some it's the last chance to pay your current energy tariff as prices rise as September ends, and those on the Furlough scheme will be cut off. 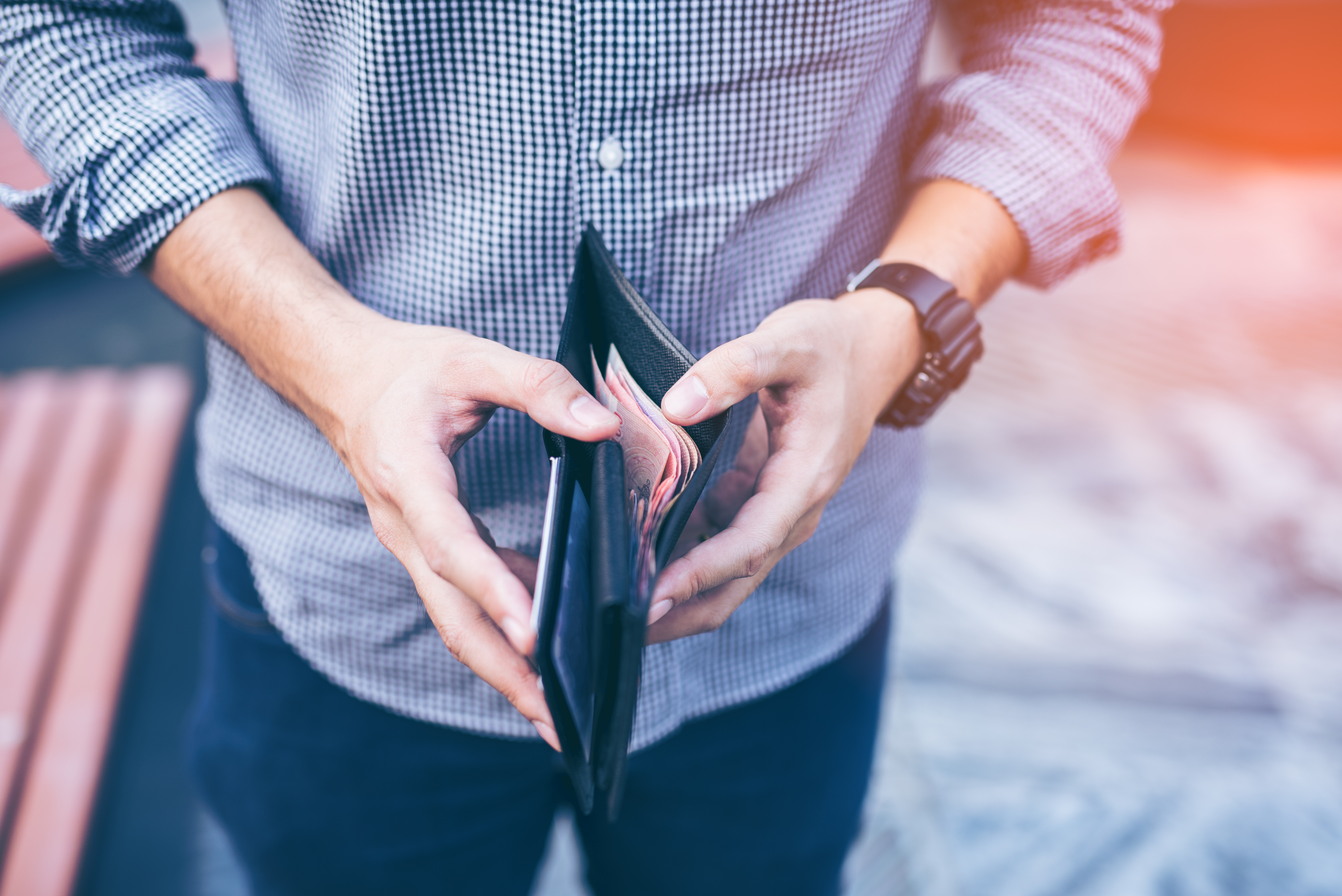 You might have to fork out more than before for petrol too, and certain banks are closing their doors to customers.

We've round up all the new rules and changes coming in September.

The biggest financial change for many will be the end of Furlough next month.

The government will stop contributing to employees wages as part of the job retentions scheme at the end of September.

The contributions will reduce to 60% per worker, with employers having to top up the extra 20%.

You can't avoid this one as the chancellor confirmed furlough will no longer continue after September, but Unions have called for the furlough scheme to be made permanent in case there are future shocks to the economy.

Energy prices are due to increase for millions of customers on October 1.

That is because Ofgem has announced the energy price cap is to rise.

It means million of customers on standard tariffs pay £139 more a year.

E.on, SSE and EDF have already increased their prices to the maximum on the cap.

But experts say switching could save you hundreds and there are other measures you can take to reduce your energy bills too.

From the beginning of next month petrol will change to E10.

The new type of fuel will become standard from September 1, 2021.

It will replace E5 petrol at forecourts across the UK.

The government has created an online tool to help you check if yours will run on the new, greener option at the pump.

All you need to do is put in the manufacturer and a list of models will come up.

This should tell you whether your vehicle is compatible or not.

It’s estimated that the more environmentally-friendly fuel could reduce CO2 emissions by 750,000 tonnes per year which is why the change is being welcomes by the government.

Some garages may still have the E10 fuel available but you might have to travel further afield to access it.

Marks & Spencer bank customers will be no more in September as the store is due to close all current accounts on August 31.

The retailer has already shut down its 29 in-store bank branches, moving all services to online, mobile and telephone channels.

After August 31 you will no longer be able to access any cash left in your M&S current account without contacting the bank.

You won't lose your money, but you won't be able to spend it using your card.

Other financial products will still be available though like the in-store travel money desks that you can find in 100 of the company's chains.

M&S is planning on focusing more on credit cards and store rewards for its customers instead of offering current accounts.

More supermarket bank closures are on the way too, as Tesco Bank will close all accounts in November, so there's more to watch out for this Autumn.

Sales of halogen light bulbs are due to be banned from October 1.

The ban was supposed to come into place from September but it has been pushed back to the October date, The Sun has confirmed.

It means households will have to use LED lightbulbs instead so ahead of the ban households may want to stock up on the dissapearing goods before it's too late.

Or put money aside to splash out on the slightly more expensive alternatives over the next month.

Households won't have to replace bulbs by the deadline though, so if you had enough stocked up before the sale ban you could replace your existing lights as and when you need to.

Struggling households can apply for a one-off payment worth £140 now that the Warm Home Discount scheme has been opened.

Low income household can use the money to help toward the cost of their energy bills.

Some companies have already started taking applications with more firms expected to follow suit in September.

The money will go straight to your supplier and be taken off the total you would usually pay in energy bills between October and March.

There are other grants you can apply for to help toward your energy bills too, and a lot of these also have September deadlines so you'll need to be quick to apply – you could get up to £10,000.

Many councils have deadlines of September to claim the up to £150 grant available covering the cost of school uniforms.

The new school term starts in roughly a weeks time so the grants available are supposed to line up in preparation of this.

The Sun looked into 25 councils in England previously to see how much they pay to parents and found 15 will offer the grant but there's not long left to apply.

School uniform grants, which are issued under the Education Act 1990, can only be claimed by parents on low incomes or certain benefits.

The act is not a statutory duty in England so it's up to the discretion of councils, meaning a postcode lottery for parents.

The government has a tool dedicated to searching councils that offer the grants so you can see if your local area offers it and when the last chance is for you to claim.

If your driving license was up for renewal between February 1 and December 31, last year you'll need to update it now that the 11 month extension is up.

Drivers whose licences were due to end in October 2020 have a deadline to renew of September 2021.

If this is you you will receive a reminder telling you to pay for the renewal.

Drivers who fail to renew their licence could be issued a £1,000 fine so don't get caught out.

As soon as you get confirmation that the renewal has been accepted you'll be safe to drive on the roads again.

Those on Universal Credit have already started to receive alerts to let them know the end of the £20 a week uplift is fast approaching.

The £80 a month increase, which was introduced to help hard-up families during the Covid pandemic, will end on October 1 so September is the last time you will see the money.

The DWP send out further notifications throughout August and September until the boost is scrapped at the end of next month.

When you get your update will depend on when you usually receive your payment.

Claimants will be provided with information about how much extra they've been receiving, and when their final boosted payment will be made.

You'll also be told where to look for advice on managing money and budgeting.