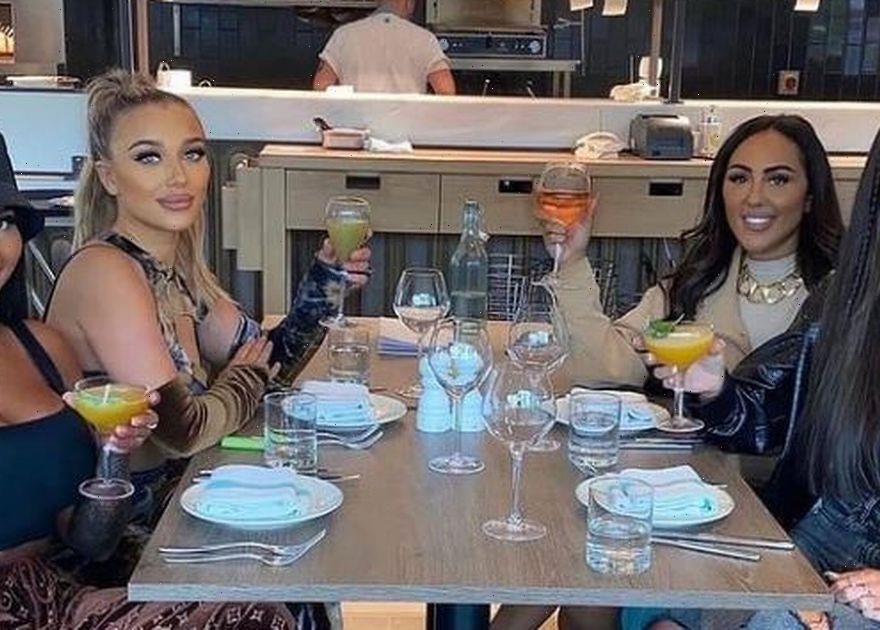 This week Married at First Sight UK kicked off a new series, and it promises to be just as action-packed as its popular Australian counterpart.

Nikita Jasmine promptly delivered the first dose of drama after declaring that her match was ‘not what she ordered’, leading to an explosive, expletive fuelled row.

The dating experts branded the sales manager ‘shallow’ after she requested that her husband be ‘hench’ and have muscles and veneers.

However, viewers are starting to put the puzzle pieces together on why Nikita has such a specific type, after it’s been uncovered that she is friends with the cast of Geordie Shore.

The 27-year-old, who was compared to reality star Chloe Ferry as she arrived on MAFS, is close pals with the likes of Sophie Kasai from the MTV series.

Photos of Nikita socialising with the reality show cast has been unearthed since the first episode of Married at First Sight aired.

Nikita, whose nickname is ‘The Princess’, has said that she has joined the controversial dating show to find her ‘Prince Charming’.

She said: “Ideally, we all want our Prince Charming, who we are going to be with until the day we die. I think that if I meet someone who blows me away and we’re on the same wavelength and have proper banter, it will be great."

However, the 27-year-old was left fuming when greeted with her match Ant Poole in scenes that shocked viewers.

Nikita then swore as the ceremony got going, uttering "for f**k's sake," as her nearest and dearest and Ant's friends and family looked on.

Married At First Sight continues Monday at 9pm on Channel 4.