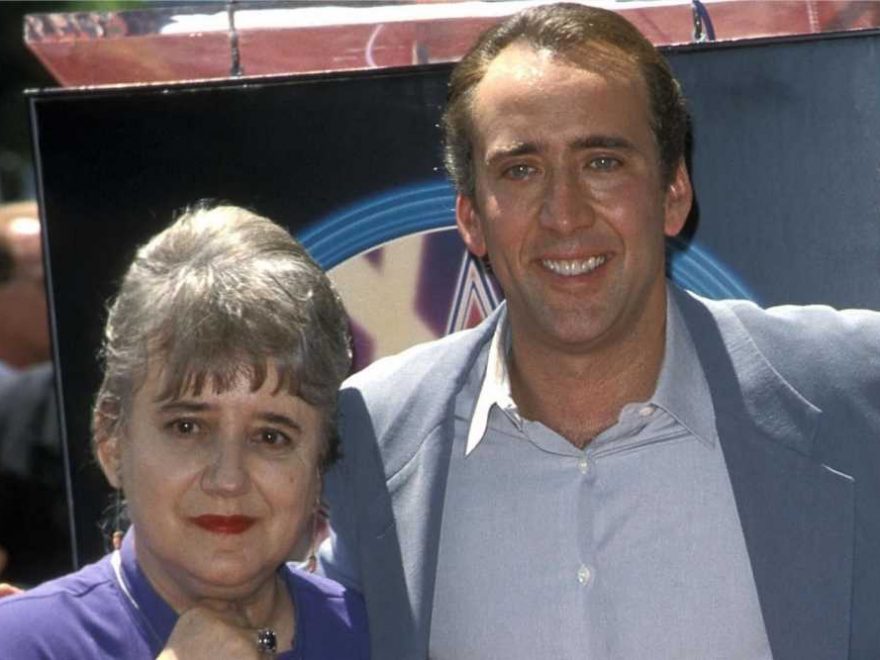 Nicolas Cage, girlfriend ‘didn’t talk much’ during Tavern on the Green date

Joy Vogelsang, the mother of actor Nicolas Cage, has died.

Cage’s brother, Christopher Coppola, announced the news on his Facebook page at the time, revealing that 85-year-old Vogelsang died on May 26.

“I was with her all day but left for a couple hours and missed her passing by a couple hours so wasn’t able to hold her hand to give her my love and affection before her journey to peace land,” he wrote, alongside a photo of his mom in her younger days.

Christopher went on to detail the life lessons bestowed upon him by the former professional dancer, even while enduring a “very hard life with mental health issues.”

“In all of that painful emotional chaos she still managed to teach me something super important,” he wrote. “My mama lioness told me, her middle son cub, that I was affectionate. I was very embarrassed by the term affection. I thought it was a bad thing, a something to laugh at thing.”

“Mama lioness looked at me deeply and said affection was a good thing and don’t let others embarrass me for being naturally affectionate,” he continued. “My fellow classmates told me, laughed at me, told me affection was a stupid thing, a make fun of thing.  I was angry at my mama for putting me in that situation, a situation that made me feel more weird than I already did.

“She held me and told me softly that affection was a good thing and one day I may understand or not but I should always remember I was her affectionate cub,” the story concluded.

Vogelsang shared Nick, Christopher and brother Marc with August Coppola, the brother of director Francis Ford Coppola. The pair married in 1960 and divorced by 1972.