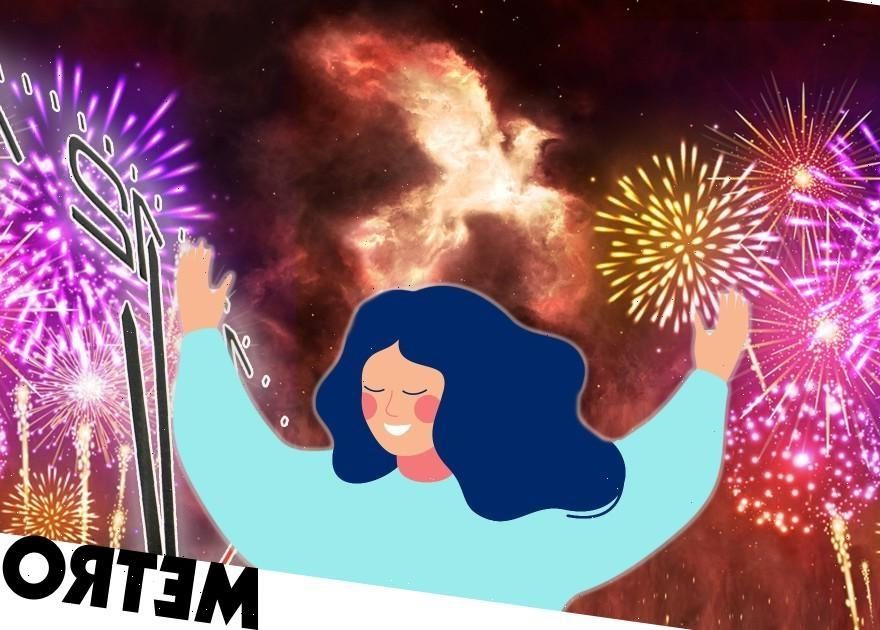 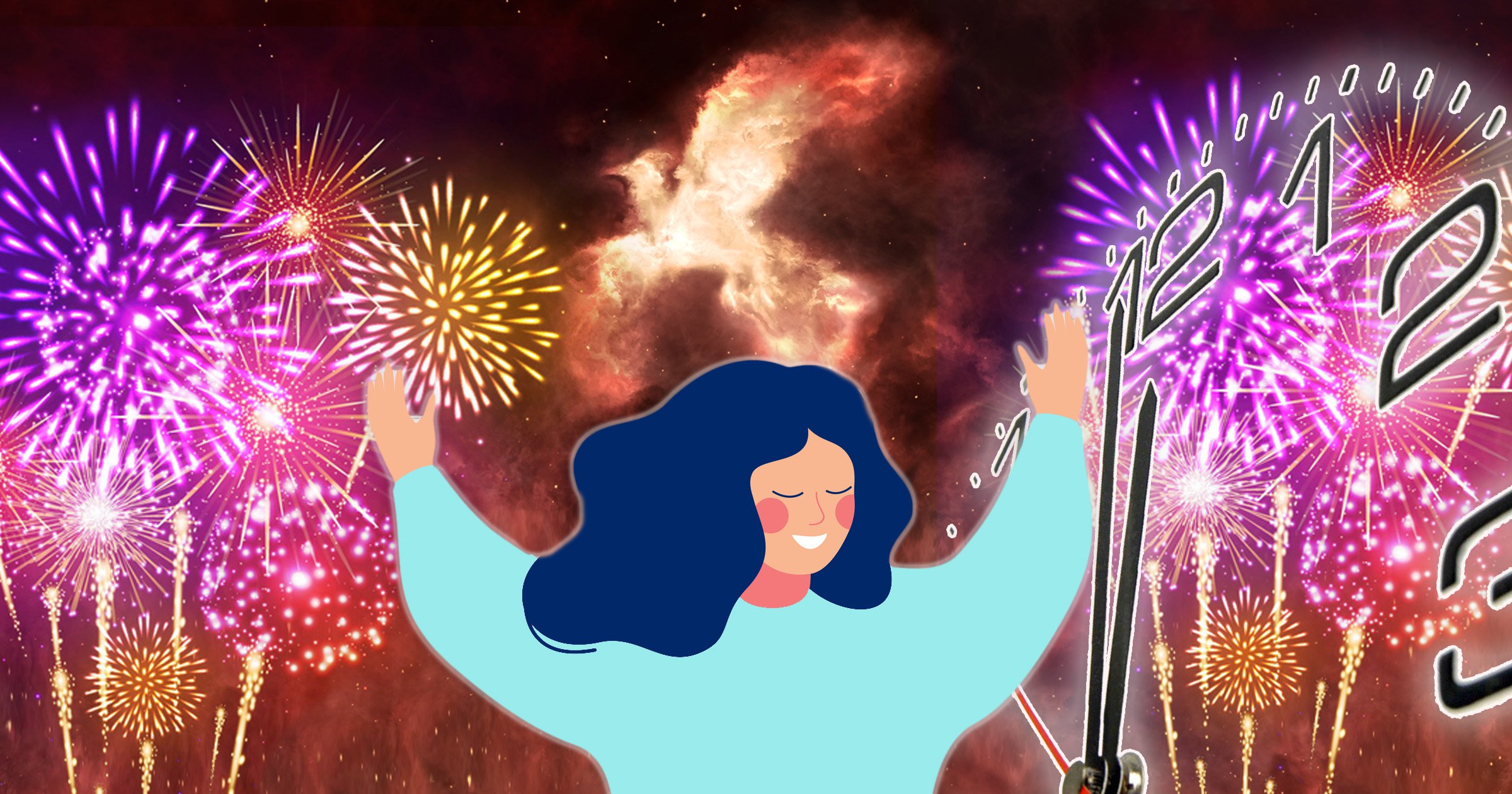 I don’t know a single person who has never let these phrases leave their lips.

What would be the point in starting on a Sunday of all days? Or worse, mid-December?

When it comes to the end of a year, week or month, starting something new – like a big project or new goal – feels unnatural.

Compare this to the designated beginning of something, like January 1, when we feel empowered to leave our old ways behind us and change our lives for the better.

But, is it really helpful to constantly be pushing things back to the next ‘fresh start’?

If the last two years have taught us anything, it’s that you can’t really plan for things.

In a split second, or over the course of a 60-minute news briefing, our lives can be thrown into disarray and pushing goals back can become a never-ending cycle

So why are we all so obsessed with new beginnings?

Why do we make New Year’s resolutions?

According to Dannielle Haig, a business psychologist at DH Consulting, New Year’s resolutions date back to ancient times.

‘Ancient historians tell us that the Babylonians were making new year’s resolutions some 4000 years ago,’ she tells Metro.co.uk.

‘In various Abrahamic religions there is also a new year cleansing for a fresh beginning, so it would seem it’s an innate desire for humans to have a fresh start.’

This is because New Years are great signposts for reflection.

‘New years come and go consistently and without a doubt, so it’s a good time for us to be working towards a goal,’ she says.

‘I think that as life is full of ups and downs, we inevitably need a time to reflect on what happened that was good and what we’d like to improve.’

This resonates with Michele, 23, who consistently makes (and achieves) New Year’s resolutions.

‘The start of a year, or week, feels like a clean slate,’ she explains.

‘Whatever happened last year, the next year has got to be better, right?

‘So, I use the chance to do something new and do the things I didn’t get a chance to do last week, month, or year.’

She says she feels empowered to make significant changes in the new year, but she doesn’t ‘try to make resolutions that are completely outlandish or unrealistic, because I know won’t stick to it,’

This is the problem with the New Year, new me attitude.

Why do New Year’s resolutions fail?

There can be a lot of pressure to change everything at once, leading to setbacks and diminishing motivation.

‘However, there can be obstacles on the way and this can lead to real disappointment.

‘Failure often occurs when we aren’t realistic about our goals – as much as we want to believe we can change overnight, we generally can’t, and more importantly, we don’t usually need to.’

For Harley Street therapist Olivia James, this can lead to a cycle of self-doubt and low self-esteem.

She says: ‘New Year’s resolutions based on the fantasy self that we create tend to be completely unrealistic and over-ambitious.

‘Failure is almost inevitable: we stop going to the gym when we are tired or ill or when the weather is bad, and then we pile lots of guilt on ourselves,’ she adds.

This feeds into our ‘inner critic,’ which feeds off the promise we make to ourselves only to end up breaking them.

To avoid this, James advises making small positive changes and doing them consistently.

How to set goals that will stick:

Don’t try to overhaul your whole life at once

Focus on setting some realistic, measurable goals like exercising twice a week, doing ‘meat-free Mondays’ or applying for two new jobs/getting in touch with two recruiters per week.

Once you’ve hit your target for the first month or so, start to incorporate the next area you would like to focus on.

Don’t forget to celebrate your achievements

Pat yourself on the back for making contact with that recruiter or cooking that delicious veggie meal.

Focus on what you are achieving on the journey, not just the ultimate goal.

Buddy up with someone to go to the gym, or tell a trusted friend or your therapist, what your aims are and get them to check in on you.

Ask for support if you need it

You don’t have to do everything alone.

No man is an island and, if you need someone to check over your CV or give you a bit of motivation, it’s no less of an achievement just because you were smart enough to lean on others when you needed to.

‘I do think there’s a societal pressure for everyone to start fresh in January, just because there’s a new year,’ she says.

Instead, Anna decided to make small positive changes whenever she felt like it, instead of when everybody else was doing it.

‘I usually start thinking about what I should change in the New Year all the way in October and November, so, I thought, why not just start now?’ she adds.

She also found that pushing her goals to the New Year meant a very lax December, especially when it came to her health.

‘People always overindulge in December because of this, and I noticed how much it was effecting me,’ she says.

‘By January, I would already feel worse about myself than I did before and then the pressure would feel even more intense.’

Pressure is another reason Kushie, 27, stopped making new year’s resolutions and decided to focus on making changes as and when is necessary.

‘I used to be known for setting huge, unrealistic goals and not completing them,’ she tells us.

‘Now, I prefer to focus on a general timeline for achieving my goals, without putting them off until the next fresh start.’

She continues: ‘It felt so arbitrary to wait until the New Year, and I think it’s a really limiting way to think about goals.

‘If you really want something, you should start right away.’

It’s true: waiting until January does nothing but waste the time you could have spent already working towards your next goal, be it a healthier lifestyle or a certain amount of money in your savings.

Plus, if you don’t manage to start straight away, there’s no need to write off the next seven days or month to start again.

Whether it’s a Monday or a random Thursday in the middle of January, there’s never a perfectly right – or wrong – time to set a new challenge.

Rather than waiting until the next fresh start to throw yourself full-throttle into yet another realistic goal, only to windup burnt out by week three, why not start making smaller, actionable changes now, and watch your new life blossom as we enter into 2022?