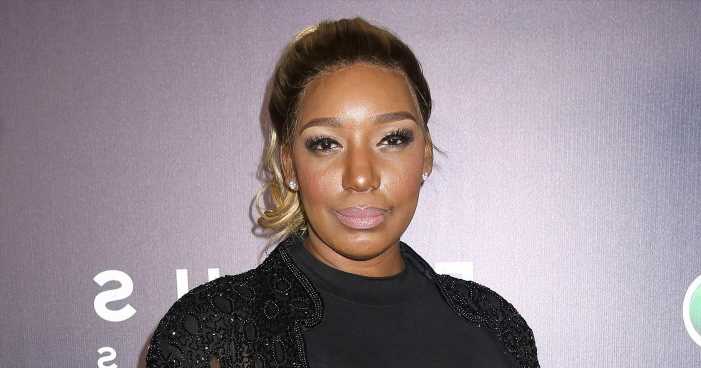 Nearly six months after NeNe Leakes was first linked to Nyonisela Sioh, Us Weekly can confirm she’s being sued by her partner’s estranged spouse.

Malomine Tehmeh-Sioh — who wed Sioh in November 2010 — filed a lawsuit against the Real Housewives of Atlanta alum last month, alleging that Leakes, 54, broke up her marriage.

In court documents obtained by Us, Tehmeh-Sioh claimed that she and her estranged spouse “enjoyed a genuine happy marital relationship” with an “active sexual relationship.” However, she alleged that Sioh’s connection with the Glee alum began before they officially separated.

“Upon information and belief, during the Plaintiff’s marriage, Defendant and Plaintiff’s husband engaged in an ongoing romantic, uninhibited and adulterous affair without the knowledge or consent of Plaintiff,” the court filing read.

NeNe! Phaedra! Kim! Former ‘RHOA’ Stars: Where Are They Now?

Tehmeh-Sioh alleged that her then-spouse “lied” about his whereabouts and his relationship with Leakes, including during romantic trips and birthday celebrations. Tehmeh-Sioh is asking for $100,000 in damages for “dishonor of the marriage bed,” “invasion and deprivation of exclusive marital rights and privileges,” “embarrassment and humiliation” and more. Leakes’ rep had no comment on the matter.

Tehmeh-Sioh and the Nyoni Couture founder — who share 12-year-old son Nyoni — initially separated in December 2021, shortly before Us confirmed he moved on with the former Bravo personality.

A source told Us at the time that Peter Thomas — who was previously married to Leakes’ former RHOA costar Cynthia Bailey — introduced the new couple.

The Linnethia Lounge owner’s new romance made headlines nearly three months after the death of her longtime husband, Gregg Leakes.

“Today the Leakes family is in deep pain with a broken heart. After a long battle with cancer, Gregg Leakes has passed away peacefully in his home surrounded by all of his children, very close loved ones and wife Nene Leakes,” a rep told Us in September 2021 after Gregg died at age 66 following a stage III colon cancer battle. “We ask that you pray for peace and strength over their family & allow them to mourn in private during this very very difficult time.”

Everything to Know About NeNe Leakes’ Lawsuit Against Bravo, Andy Cohen

NeNe — who shared son Brentt with her late spouse — is also in the midst of a legal battle against Bravo and Andy Cohen. Us confirmed in April that she is suing the franchise over an alleged racist and hostile work environment.

“For years, NBC, Bravo and True have fostered a corporate and workplace culture that has permitted and tolerated  – if not, encouraged – racially offensive and insensitive conduct, statements and actions by their employees,” NeNe — who appeared on RHOA on and off between 2008 and 2020 — claimed in her court paperwork. “This is seen in the repeated instances of such behavior occurring by their employees and cast members without any meaningful consequence, corrective action, or remediation. In fact, it is as if NBC, Bravo, and/or True have simply ignored and turned a blind eye to the fact that the talent who works on their shows are also working at their workplaces.”

Neither the network nor the 53-year-old Missouri native, who was named in the suit, have yet to publicly address the complaints.