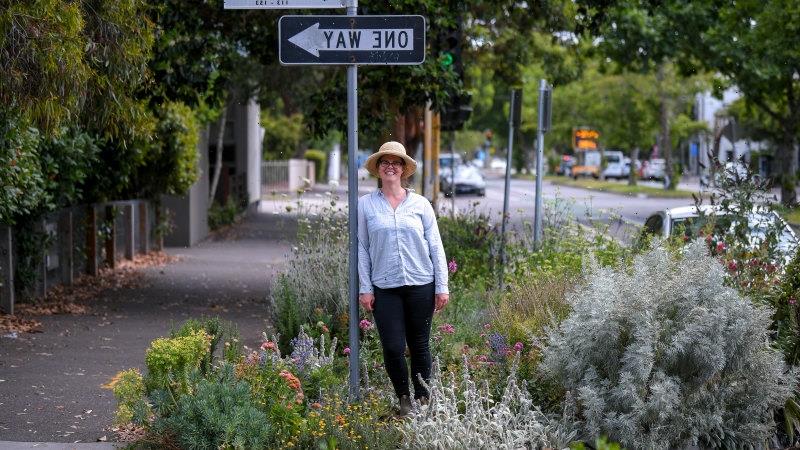 If it’s not a neighbour’s overhanging trees, it’s their hedges blocking sunlight or their weeds seeding through fences: horticultural discord abounds, even at Christmas. But one of the most contentious areas this festive season is not what people are doing in their gardens but what they are doing in their streets, or more specifically, in their streets in the City of Port Phillip.

When the council last month released draft nature strip guidelines that would substantially limit the amount of public space that can be turned into gardens, the fall-out was immediate. On the one side were the hundreds of residents across 13 suburbs from Southbank to St Kilda who had ploughed their time, money and energy into growing plants on footpaths, lanes and median strips and, on the other, were those concerned that some of these greened up spaces were creating safety and accessibility hazards. 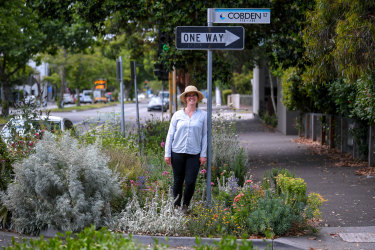 Emma Cutting at a bee garden she created with the local community.Credit:Eddie Jim

While the council is yet to come to a decision on the final guidelines, there is no mistaking that feelings on the matter run high, not least because gardening in undernourished, barren, against-the-odds public spaces has become closely bound up with how individuals can respond to species decline and climate change.

Emma Cutting, who has become a driving force for nature strip gardening in South Melbourne, says gardening to improve biodiversity in public urban spaces has started to “really strike a chord”. “I don’t think it’s just COVID, I think the climate crisis is contributing too. People want to be able to do something that makes an immediate positive impact.” 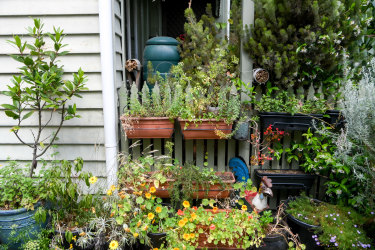 Part of the garden around Emma Cutting’s house, which she tends with her three-year-old daughter.Credit:Eddie Jim

Cutting, who grew up on a farm in northern NSW and began gardening on the footpath outside her South Melbourne home in 2016, last year founded the Heart Gardening Project, a community initiative that is helping to create more nature strip gardens. She says she worries about the lack of nature in cities and the declining populations of native bees in particular. “I love Melbourne but, as I have gotten older, I am really feeling that, with all the tarmac and concrete everywhere, the earth can’t breathe.”

Cutting’s resolve to make cities less static and more ecological has grown only stronger since the birth of her daughter almost four years ago. While there is nothing new about gardening on nature strips – Cutting says it’s been happening in her street for decades – even the most casual glance around her suburb reveals just how much our enthusiasm for it is growing. 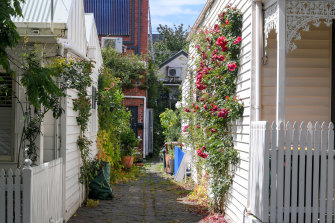 There are tomatoes on footpaths, rambling roses in laneways, perennials on median strips and native wildflowers around trees. There are gardens in front of cafes, at the foot of public housing towers and in a restaurant car park. One street corner is now an abundant, floriferous bee garden. There is both beauty and functionality everywhere.

But many of these nature strip gardens, about 70 of which have been established by the Heart Gardening Project, would not comply with the City of Port Phillip proposed guidelines. 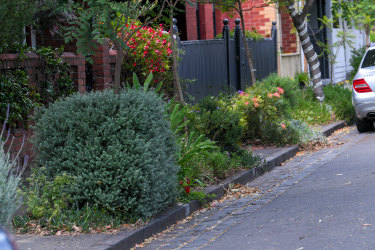 Furthermore, an eight-kilometre-long “Melbourne Pollinator Corridor” that Cutting has orchestrated – due for completion by the end of 2024 – could also not go ahead.

In the draft guidelines, the council says it supports nature strip planting “provided the nature strip remains safe and functional, no damage occurs to trees or other assets, and the nature strip is well maintained”. It also states that the key objective of the guidelines is to develop clear processes to enable residents to plant on nature strips.

Cutting, who has liaised with everyone from conservation scientists and horticulturalists to landscape architects and traffic specialists on the pollinator corridor, believes the council specifications about the clearances that must be left beside curbs, driveways, trees and all services infrastructure would be too limiting. Moreover no gardens at all would be permitted on median strips, narrow footpaths, or laneways.

The pollinator corridor would connect the Royal Botanic Gardens in Melbourne to Westgate Park in Port Melbourne with about 200 nature strip gardens, each no more than 50 metres apart. This month, the International Union for Conservation of Nature ranked 1830 animals in Australia as critically endangered, endangered or vulnerable. Some of these hail from urban Melbourne.

“People genuinely want to make a difference,” Cutting says. “There are so many stories and so many gardens. They are beautiful and safe and they should be celebrated.”

The council’s community consultation period on the draft guidelines has been extended until February 13. The City of Port Phillip was contacted for comment.