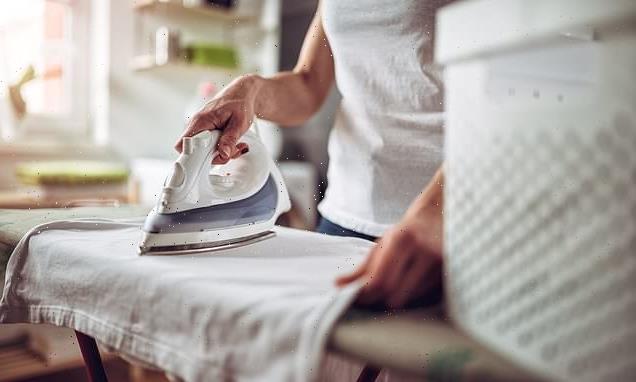 Mother left fuming after ‘semi-serious row’ with her husband because she didn’t iron their fitted sheet – with some arguing ‘life is too short’, while others insist they can only sleep on crease-free bedding

A mother who had been busy doing the laundry shared her surprise online after being asked by her husband to iron the sheets.

The unnamed British woman took to Mumsnet to ask whether she was in the wrong after a ‘semi-serious’ row she had with her husband over ironing bedsheets.

Explaining that she had previously ironed the duvet covers for their bed and their children’s beds, she admitted that she couldn’t understand why a fitted sheet would need ironing.

Many commenters on thought ironing any sheets was a pointless task, but others claimed it was a necessity for a comfortable night’s sleep. 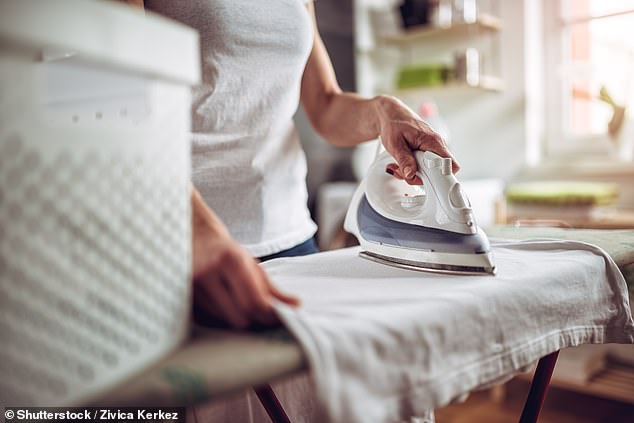 The unnamed British woman explained that while she ironed the duvet covers, she didn’t see the point in ironing the sheets

Titling her post, ‘Am I being unreasonable to think that NO ONE irons fitted f*****g sheets’ she said: ‘There are possibly two hundred and eighty five million better things I could be doing with my time. And, uh, I have a life?!!??

‘In fact, I’m pretty sure lots of people don’t even iron the duvet cover (the bit that you actually bloody see!)

‘My husband and I got in to a semi serious fight over it last night. He was positively horrified when he saw me putting on a *scream* UN-ironed fitted sheet on the bed.

‘I had spent ages ironing the rest of the bedding (duvet and pillow covers) and two kids’ bedding, so this royally p*****d me off.

Some commenters thought it was ridiculous to iron sheets of any kind, especially fitted bed sheets

‘So, tell me I’m not being unreasonable All you normal folks with your heads screwed on correctly.’

Some commenters thought ironing sheets was a wholly unnecessary task.

One person said: ‘If I bothers him, he can iron it. Otherwise, he accepts the way things are.’

While another agreed, saying: ‘If he wants it ironed, then he irons it. Simple solution, you’re not his maid.’

A third person wrote: ‘Life’s to short for ironing bedding! And lots of other things. He can iron them if he’s that bothered!’

Others, however, thought that her husband was right, with one saying: ‘I iron all my bedding. It’s so much nicer to get into when it’s clean and ironed.

‘I know it doesn’t stay wrinkle-free for very long, but it’s that initial slide into bed that I love when they’ve been dried on the line and freshly ironed.’

Another agreed, saying: ‘I iron pretty much everything, and bottom sheets look so much better ironed in my opinion.’

A third wrote: ‘I am one of the few here who admits to ironing bed linen – because I prefer the feel of it.

‘Ironing fitted sheets is no more difficult than ironing flat sheets if you fold corners into corners’.

While a fourth said: ‘I iron all bedding including the fitted sheets, as I find it looks nicer if it is smooth and that pleases me. I also quite like ironing.’