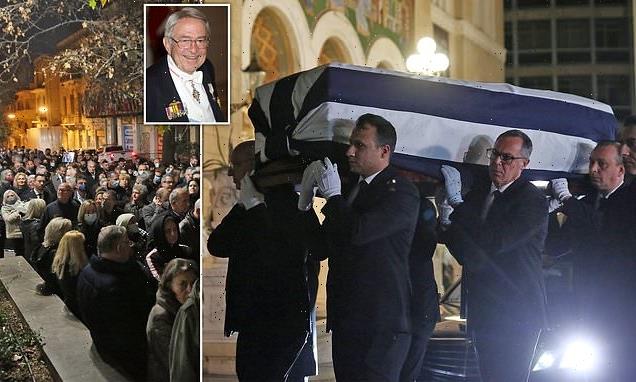 Greek mourners have been lining the streets of Athens to pay their respects to King Constantine II ahead of his funeral.

The European monarch passed away from a stroke on January 10 in the Greek capital at the age of 82 – more than 50 years after he was exiled in a military coup.

Today, Constantine – who was the Duke of Edinburgh’s nephew –  will be laid to rest in the Orthodox Metropolitan Cathedral in Athens.

Members of the public queued through the night to see the last King of Greece’s coffin at the chapel of Agios Eleftherios, next to the cathedral, this morning. 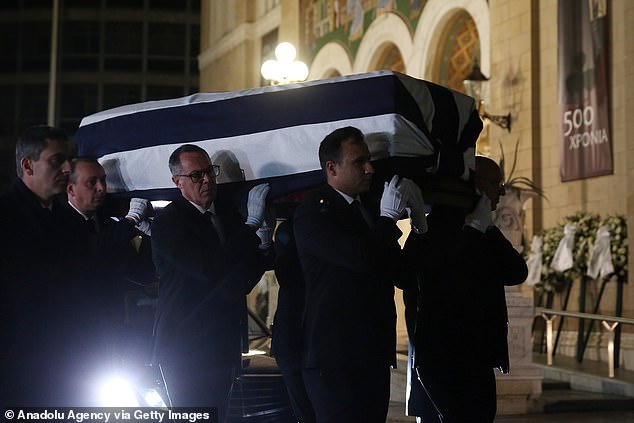 Constantine’s coffin was draped in a Greek flag as members of the public were invited into the chapel to say their goodbyes to the former monarch.

Over the weekend, royals from across Europe – including Queen Margrethe of Denmark and King Felipe and Queen Letizia of Spain – flew into the Greek capital to attend the funeral today.

The public funeral will see the King’s widow, Queen Anne-Marie, attend, as well as his son Crown Prince Pavlos, who is now the head of the former Greek royal family.

Representing the UK, Princess Anne and her husband Timothy Laurence are expected to be at the funeral along with Princess Alexandra, the Honourable Lady Ogilvy. 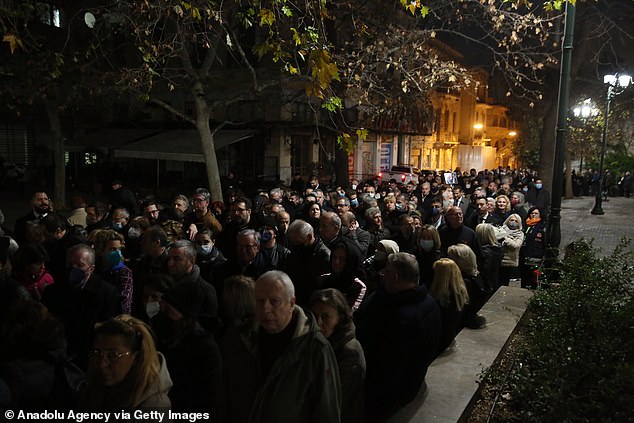 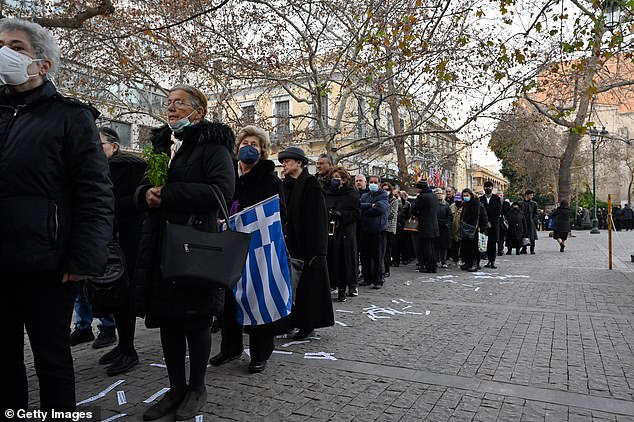 Mourners carried Greek flags as they waited to pay their respects to their former King, who passed away last week 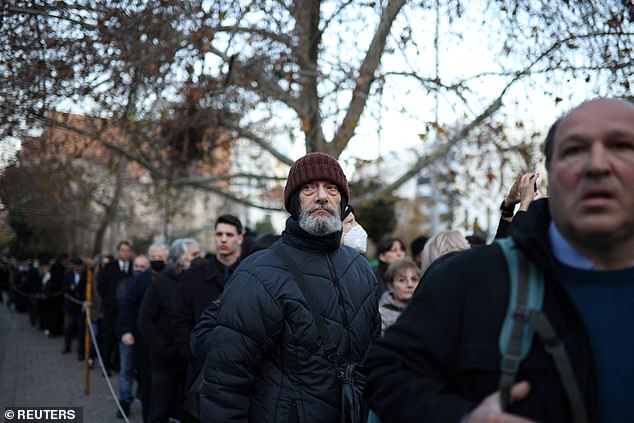 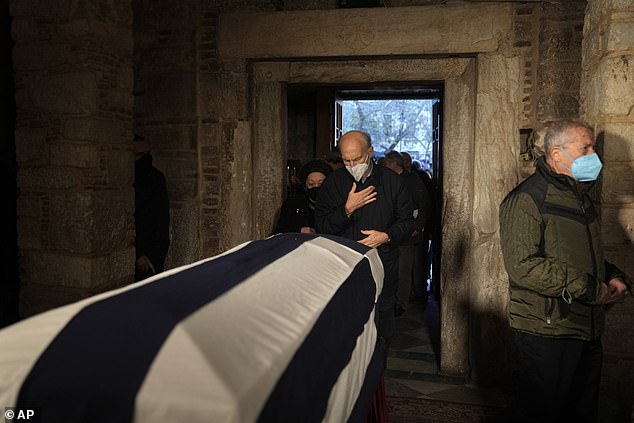 Mourners pay their respects to the former King in the Chapel of Saint Eleftherios, next to the Orthodox Metropolitan Cathedral 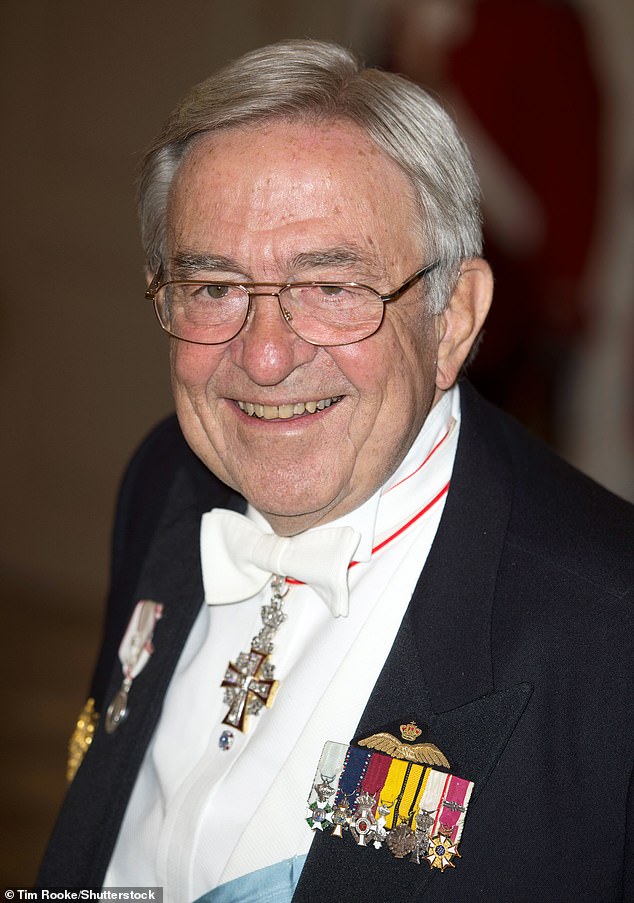 King Constantine II of Greece, pictured here at the 75th birthday dinner of his sister-in-law Queen Margrithe of Denmark in 2015

There have also been suggestions that Prince Edward and Sophie, the Countess of Wessex, could be in attendance.

Deputy Prime Minister Pangagiotis Pikrammenos and Culture and Sports Minister Lina Mendoni will represent the Greek government at the service.

Among the other European royals to attend will be King Philippe and Queen Mathilde of Belgium, King Carl XVI Gustaf and Queen Silvia of Sweden, as well as Princess Beatrix of the Netherlands.

There are a total of 200 guests who will attend today’s proceedings – including Greek shipowners and businessmen. 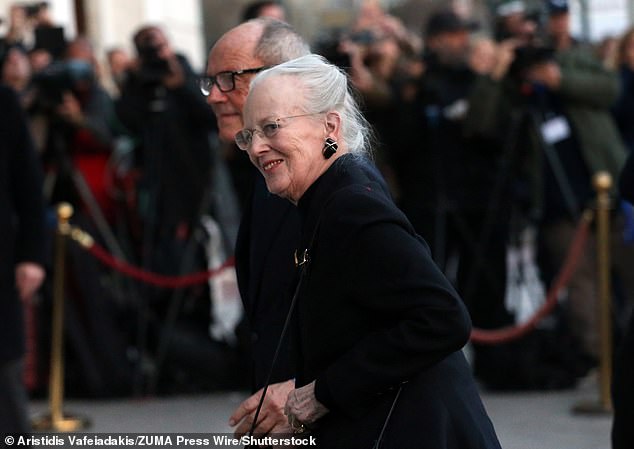 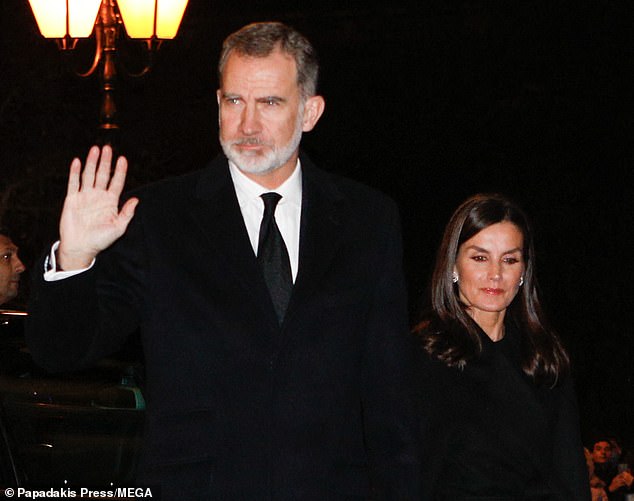 His public funeral will be followed by a 29km procession to Tatoi Palace, where there will be a separate private ceremony and he will be laid to rest with other members of the Greek royal family.

A second cousin of King Charles and Godfather to Prince William, Constantine II lived most of his life in exile after a Greek referendum which rejected the monarchy in 1974.

He was the only son of King Paul and Queen Frederica of Greece and the last king of the country.

Constantine, an Olympics gold medalist in sailing, was 27 years old and had been a king for three years in 1967, when he was forced into exile with his wife Princess Anne-Marie, the youngest daughter of King Frederick IX of Denmark and his family.

He wasn’t to return to Greece for decades, where he was deeply unpopular for his decision to swear-in the colonels who seized power in April 1967. He briefly cooperated with them before staging a failed counter-coup, that led to his exile.

The military junta abolished the monarchy in 1973. In a referendum after the fall of the junta in 1974, Greece rejected monarchy again.

After the referendum, his relationship with Greece was testy. He was allowed to return only for a few hours in 1981 to bury his mother, Queen Frederika, at the family estate at Tatoi, about 20 kilometres north of Athens.

In the 1990s, Constantine was stripped of his Greek citizenship and the state seized Tatoi and a palace on the island of Corfu where Britain’s Prince Philip was born.

The King had been in ill health in recent months, having several hospital admissions towards the end of 2022.

He is survived by his wife, the former princess Anne-Marie of Denmark, youngest sister of Queen Margrethe II; five children, Alexia, Pavlos, Nikolaos, Theodora and Philippos; and nine grandchildren.