After a year of COVID-19, more Americans are considering retiring earlier than expected after the pandemic forced lifestyle changes that made some people reconsider how they spend time.

Americans under 54 represented a higher percentage — 13% — of pre-retirees, or people who are likely to retire within five years, in 2020 than they had in years past, according to March survey results of 60,000 households from market research company Hearts and Wallets, even as more U.S. households hope to work as long as health permits.

Elizabeth Gavino, who owns insurance consulting firm Lewin & Gavino, said she saw a 30% increase in client inquiries about retirement plans in 2020, many of which came to fruition.

"Usually I have peaks and valleys within my business because summertime is slow, Medicare open enrollment isn't until the end of the year, and I'll have some clients aging into Medicare or some career changers," she said. "…Last year, it was nonstop. I had no breaks. It was a constant barrage of calls and new clients. I had a banner year last year."

Many people were furloughed and decided not to go back to work; others realized they did not enjoy their jobs as much during the pandemic and decided not to look back. People expressed disinterest in commuting every day and fears of the virus. Others expressed the desire to stay home after many companies and businesses switched to work-from-home models, Gavino said. 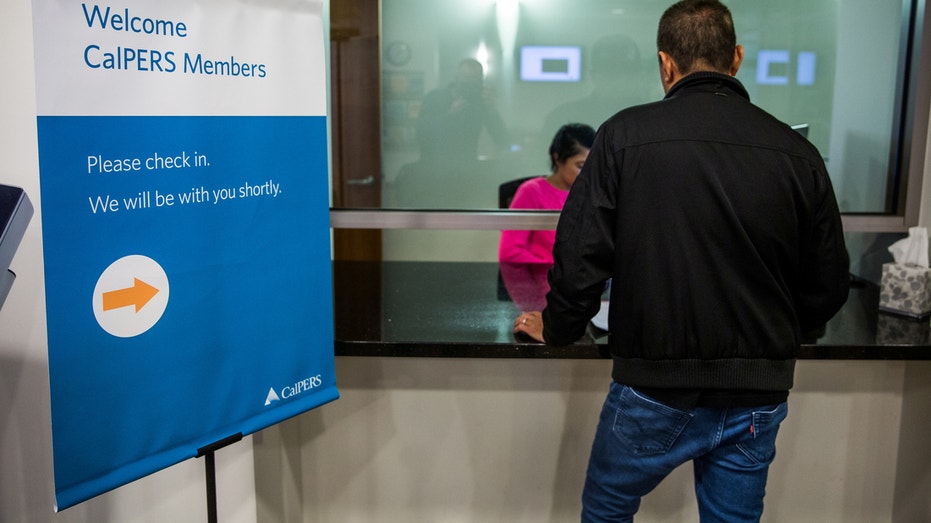 One of her clients — a couple from New Jersey who had lived in the same house for 40 years — decided on a whim to retire in Las Vegas despite never having traveled to the "city of second chances."

"It's been constant calls from people … realizing that what they thought was important before the pandemic isn't really that important in their lives," she said.

Hearts and Wallets estimates that there are approximately 11 million U.S. households younger than 55 that "aspire to retire by 55."

One 53-year-old Connecticut teacher who asked to be identified only as Mary is planning to retire early in 2022 at the age of 54 after 29 years in the classroom. She has been planning to retire around that time for the past three or four years, but the COVID-19 pandemic confirmed her move.

"For starters, all of my children were forced to [work] from home when COVID hit, causing us to make many purchases we did not plan to be making," including an additional refrigerator, microwave and toaster oven, Mary said. Hosting a family of five at home also boosted her utility bills.

Her youngest daughter struggles with depression, anxiety and an immune deficiency specific to pneumonia. Her high school's hybrid learning model made it difficult for Mary to find transportation for her daughter to and from school on specific days, so she decided to take a leave of absence and eventually got a doctor's note allowing her to stay home with her children.

"I had planned to retire after 30 years anyway, but COVID solidified the decision without a doubt," Mary said. "There needs to be a parent at home to keep the family from falling apart. …. I do not see myself sitting around when I retire. I want to continue to work, but I need a schedule that is more flexible for me and my family. Having children and two parents working full-time leaves something left behind." 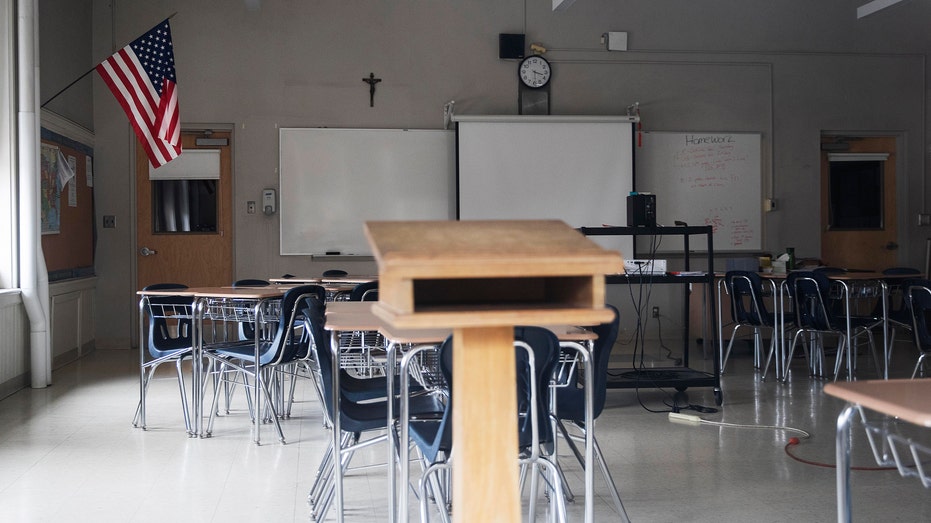 In this March 6, 2020, photo, a classroom is seen vacant through a window at Saint Raphael Academy in Pawtucket, R.I., as the school remains closed following a confirmed case of the coronavirus. (AP Photo/David Goldman)

She added that she knows "many teachers" who belong to a mutual Facebook group "decided to retire or resign due to COVID specifically, not because they had plans to do so before COVID."

Those who wish to stop working by 55 are more likely to use various investment options and are more open to retirement and financial advice, but their savings behavior shows that their goals may be lofty without change, Hearts and Wallets found.

A larger percentage of Americans also plan to retire before 65 — 18% before 59 and 21% before 64, representing about four in 10 people under 65 — than in recent years, the survey found.

HOW TO MAKE MORE RETIREMENT INCOME BEYOND SOCIAL SECURITY

Tanya Taylor is a full-time IT baking professional and travel blogger considering retiring by or before age 62 after a year of COVID-19, even though she was previously planning to retire between 65 and 70.

"I contemplated early retirement in 2019, but I wasn't ready to miss a salary, paid time off, and medical benefits," Taylor told FOX Business. She was also concerned about paying out-of-pocket medical expenses. "Since COVID, I am convinced that early retirement is the best decision for me."

Taylor described having an aging parent with COPD at home who was "afraid to go outdoors."

"The messages about how to catch COVID fluctuated in the early part of 2020. He didn't want to take any risks due to his medical condition," Taylor explained. "As a result, he became dependent on me to shop for groceries and pick up prescriptions. His inactivity through the year began to manifest in other ways and before long, he could hardly take four steps without toiling for air." 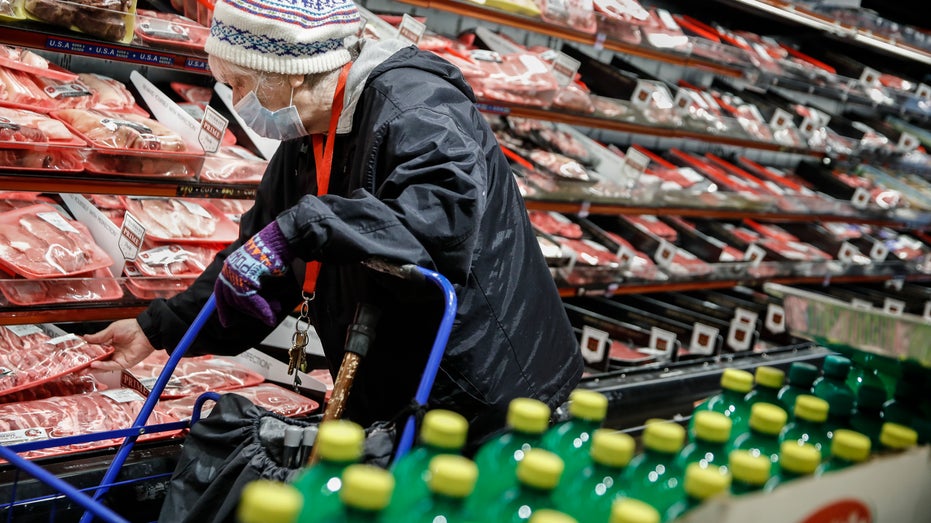 An elderly shopper wears personal protective equipment as she browses the meat section of a grocery store, Saturday, April 18, 2020, in the Harlem neighborhood of the Manhattan borough of New York. (AP Photo/John Minchillo)

The past year has given her a "new perspective," and she now wants to "enjoy the senior years and trim down" her bucket list while she has "the mental and physical capacity to do so."

For many Americans, the pandemic significantly changed their financial circumstances and plans for retirement, particularly people who live paycheck-to-paycheck, Gavino said.

According to a March survey from the Pew Research Center, about half of non-retired Americans say COVID-19 has made it more difficult for them to reach their long-term financial goals, and 44% say the pandemic will set them back three or four years. About 17% say the pandemic may cause a delay in their retirement plans.

Still, many of Gavino's clients made the decision to retire knowing that they may not be as financially well-off had they retired later in life but are willing to make some sacrifices, and the expansion of virtual learning and work opportunities is giving retirees new home for what is achievable without having to go into an office and spend money on commuitng expenses, personal maintenance, in-person business meetings and so on.

People are "tired" and realizing they can "survive on their savings," she said.

"It was an anomaly year," Gavino said of 2020, adding that "the majority of people" she spoke to "stood up and said, ‘I think I want my life to look differently because I don’t know if tomorrow is promised.'"