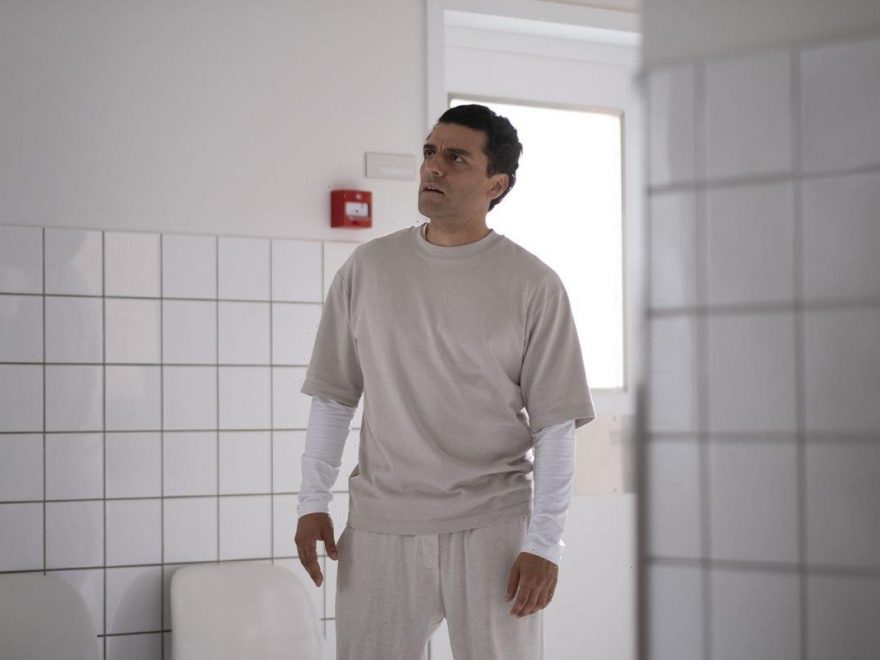 Moon Knight‘s Marc Spector (Oscar Isaac) and his alter ego, Steven Grant, have proven themselves to be quite a duo. Marc’s strength and survival skills blend perfectly with Steven’s rich knowledge of Egyptian history, making them unstoppable in their battle against Arthur Harrow (Ethan Hawke) and his followers. But there are some violent things Marc and Steven just won’t do. Enter Jake Lockley, the third personality, who finally came forward in Moon Knight Episode 6 after the show dropped clues about him all season long. In a recent interview, Moon Knight‘s directors broke down Jake’s big reveal and all the moments that led up to it.

Moon Knight Episode 6 showcases a long and final battle between Khonshu (F. Murray Abraham), Ammit (Saba Mubarak), Arthur, and Marc/Steven. After defeating Ammit and Arthur, Marc decides to spare Arthur’s life, much to Khonshu’s dismay. Khonshu frees Marc from serving as his avatar, allowing him to return to a somewhat normal life with Steven and Layla (May Calamawy), who now serves as an avatar to the goddess Tawaret (Antonia Salib).

However, what Steven and Marc don’t know is that a third alter ego, Jake Lockley, lives within their body and still serves Khonshu. In Moon Knight‘s post-credits scene, a man in dark clothing picks Arthur up from Sienkiewicz Psychiatric Hospital. The man wheels Arthur out to a white limousine, where Khonshu is waiting. He tells Arthur, “Marc Spector has no idea how troubled he truly is.”

Then, Khonshu introduces the mysterious man as Jake Lockley, now sitting in the driver’s seat. Jake turns around and shoots Arthur several times, proving his willingness to go further than Marc or Steven ever could. And with that, Moon Knight ends, leaving fans to wonder just how dangerous Jake really is.

All the clues about Jake Lockley’s existence in ‘Moon Knight,’ as told by the directors 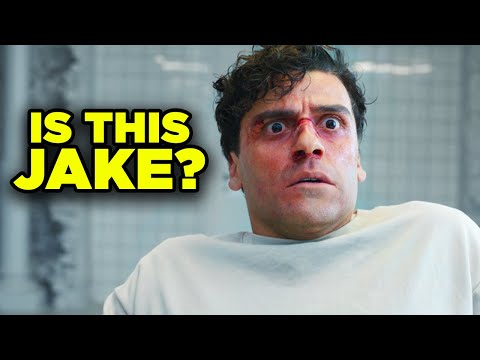 Jake’s appearance in Moon Knight is very brief, but it’s a moment the Marvel show had been building up to for six episodes. Speaking to Marvel.com, cinematographer Gregory Middleton and directors Mohamed Diab, Aaron Moorhead, and Justin Benson pointed out all the times they subtly teased Jake’s presence in Marc/Steven’s body. It started in episode 1, “The Goldfish Problem,” when Steven looked in the mirror and saw Marc staring back at him.

“There’s a shot of a [split] of mirrors and there’s this barely third reflection,” Middleton said.

From there, the clues slowly became more obvious. Episode 2 showed three sides of a pyramid to represent the three personalities. Then, in episode 3, Marc and Steven experienced their first shared blackout. Someone committed several murders, but it wasn’t either one of them.

“Mohamed really wanted it to be the Jake of it all, like, who did this other crime? This guy is obviously brutal,” Middleton added.

Episode 4, arguably Moon Knight‘s wildest chapter, includes a sarcophagus with an unknown figure inside. Yes, that was Jake. Even Jake’s reveal in that final scene has a slow lead-in, as Middleton explained:

“When we did the shot in the bingo room, as [Jake] comes in, we filmed it so you sort of almost see him — but then you don’t. Then his hands come in. Even his hand gestures are kind of sinister, and as he goes away, we push the camera through into the glass. You can’t quite see him, it’s all deliberately to stretch it out. If you were worried or hoping for Jake, hopefully, you’re cheering and pounding the whole way through.”

Now that Moon Knight has ended, the creators urge audiences to go back and look for all the Jake Lockley clues.

“The second time you watch it, everything neatly slots into place, said lead writer Jeremy Slater. “Hopefully, you realize some of these mysteries were right in front of your eyes the whole time. That was always the goal and the ambition.”

Who is Jake Lockley in the Marvel comics?

So, who is Jake Lockley, anyway? He’s a prominent personality in the Moon Knight comics. Marc uses Steven and Jake to gain access to different areas of the criminal world. Jake is a cab driver who interacts with some of the shadier criminal characters, acting as an informant to keep Marc ahead of his enemies.

Moon Knight’s future in the MCU isn’t quite clear yet. However, should the superhero pop up again, Jake Lockley could prove to be a dangerous problem. Will Marc and Steven be able to keep him under control?

All episodes of Moon Knight are now streaming on Disney+.