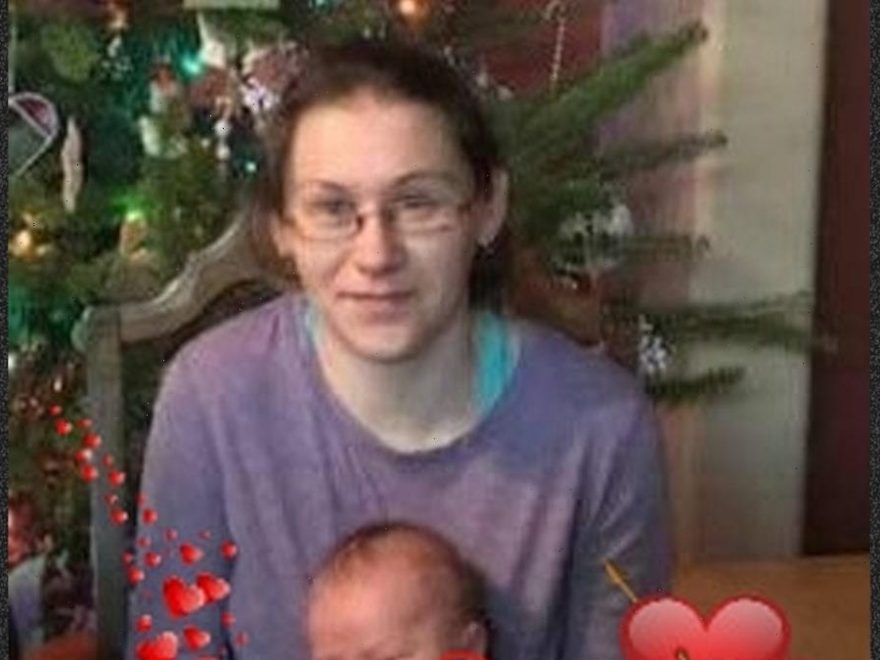 She locked herself in the bathroom with the enraged animal to save her son's life.

A hero mom who lost both arms saving her child from the family pit bull has sadly lost her life as well.

Heather Pingel, 35, died eight days after fighting the dog off her four-year-old son, after it attacked him in their family home in Bowler, Wisconsin.

In an incident report, Shawano County Sheriff’s Deputy Eric Strike described the horrific December 8 911 call made by Heather’s brother-in-law Travis, who said the home looked “like a war zone.” 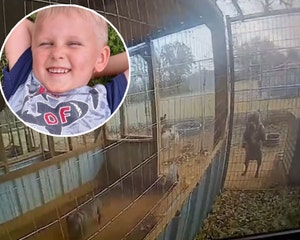 Travis told the dispatcher Heather “was dying and had no arms due to the dog attack” and that her baby “had thrown up after a possible fall down the stairs”, and had muscle tissue showing from a gaping wound in his leg. He said Heather was bleeding so much he didn’t even know where to start trying to stop it.

Arriving on the scene, Deputy Strike found Heather’s partner Shane standing outside, barely able to speak. A dog lay dead in the snow outside in a large pile of blood, a cord wrapped around its neck.

In the downstairs bathroom he found Heather lying on the bathroom floor, “sweater soggy from blood, arms mangled, and face covered with a dark substance like soot.”

“The bathroom… had blood smears all over the walls, floor, and splatter on the ceiling,” the report notes.

Cutting her sweater off with a knife, he said her left arm was hanging by muscle tissue near the bicep, the bone having “been bitten through. Her right arm was loose and mangled with muscle tissue and fat showing.” Her injuries were so bad, Strike said he punctured one of his gloves and almost his skin on the jagged bone edges.

“She was in shock and was having difficulty breathing and appeared to be giving up on breathing,” he wrote. He pleaded with her to stay with him as he and another first responder carried her to the ambulance.

He then immediately ran back to attend to the child, curled up under a blanket on a chair in the living room, covered in vomit and blood, a gaping wound to his leg bleeding heavily. Applying a tourniquet, Deputy Strike also asked the child to keep breathing.

Shane then told him what had happened: He had returned home from job searching with his brother, to find the bathroom door closed, and heard something inside. Asking Heather if she was okay, she didn’t even mention the dog she was battling for her life; instead her first thought was for their son, Damion. She told him the boy had fallen down the stairs and she didn’t know where he was.

Sprinting to the living room, he found his son wounded in the chair, and immediately ran back to the bathroom and opened the door. Only then did he realize the family dog, Brownie, was in there with her — and attacking her.

He grabbed the dog in a choke hold, getting his hand bitten in the process, and dragged it outside, managing to grab a pistol he kept stashed in the kitchen on the way. Reaching the porch, he shot the dog in the head. 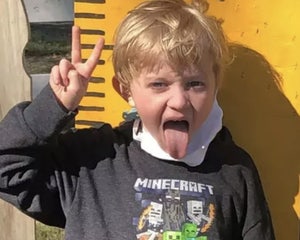 Heather was rushed to Wausau Aspirus Hospital, where she suffered kidney failure and had to have both arms amputated. She continued to fight for her life, but sadly succumbed to her injuries eight days later.

She wasn’t able to communicate what happened before she passed, but her family know she died saving her son’s life.

Deputies believe she fought the dog with her bare hands too; they found no weapons inside the bathroom. There was a toolbox there covered in blood, but the tools that might have helped her defend herself were completely clean inside.

“She is the bravest, strongest mother I know to do that for her child; she risked her life to save him,” her sister Shannon told the Wausau Daily Herald. “She is a hero.”

Damion had to get 70 stitches to his leg, but will survive.

“We don’t know how long she was in there fighting him off,” Shannon added. “Shane got home to find her lying on the bathroom floor. She said, ‘I have no arms and I’m dying.'”

Vets told police the dog had no known health issues and was up to date on its shots. Its remains will now be tested.

However family members said the animal did have a history of violence; Heather’s aunt told police it had been beaten by a previous owner when it was younger, and the family had taken it in and cared for it.

The dog had even attacked Shane a few years previous, causing significant injuries to his forearm.

“My sister has the biggest heart for animals and just couldn’t get rid of it,” Shannon said. “Her heart was too big and they thought they could fix him.”

While they will never know exactly what happened, Shannon has a theory.

“The dog was always kinda skittish when loud noises happen, so we are guessing Damion fell down the stairs and was crying and might have even kicked up towards the dog, and the dog grabbed his leg and Heather did everything she could to save her son.”

She believes her sister dragged the dog into the bathroom and locked herself in there with it away from her son, before ultimately losing a fight to the death.

“RIP my sweet sister. We will all be here for your babies! Give grandma a hug and wait for me to get there,” Shannon wrote in a Facebook message. “I love you soo much! This isn’t gonna be easy.”

A GoFundMe for medical expenses and funeral costs for the hero mom — who also leaves behind a five-year-old daughter — has already raised $40k.

Zipline Instructor Sacrifices Himself to Save Woman: Witness