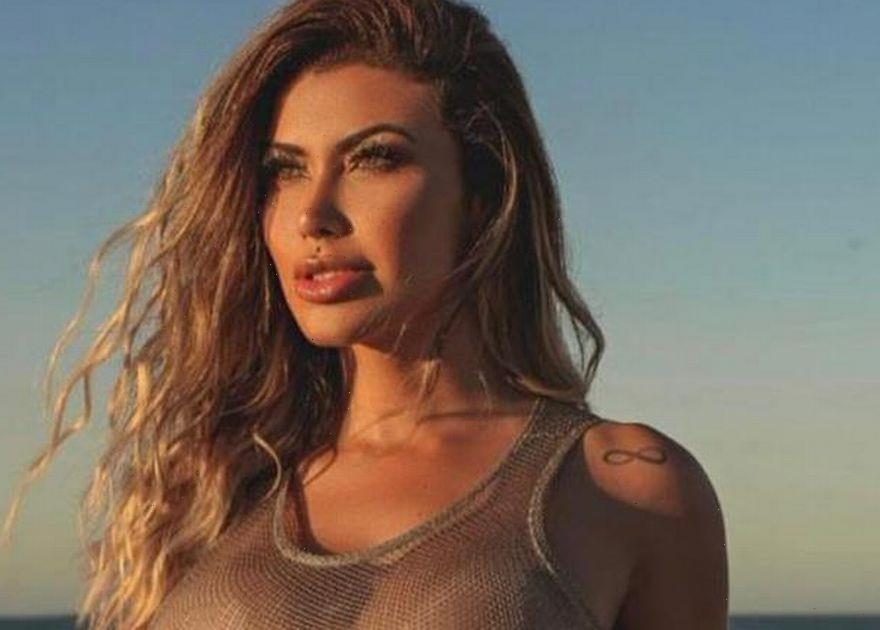 And, she claims that one day she hopes to have the "biggest Instagram breasts" – a task which could be difficult to achieve.

Cris Galera, 33, often chooses to go bra-less in public because she says it makes her feel more confident.

The model, who has over 32,000 Instagram followers said: "It's sexy and comfortable to go out with my breasts like that."

She also jokingly said that having big boobs as a woman is like men wanting to have a larger penis.

Do you agree with the Free the Nipple campaign? Tell us in the comments…

Cris laughed: “Men want to have a big penis to give them more pleasure.

“I thought the same for my breasts.”

And, the curvy brunette claims that she likes to show off her assets whether it’s for an Instagram shoot, casual appointments or even if its 2C outside, because it’s her favourite feature.

Cris added that she thinks it’s important to show off the part of your body you most love.

In her case, her boobs!

The alluring 33-year-old commented: "I am passionate about my breasts, it is the part of the bodies that I like the most".

And, on social media, the model, who has appeared on the front of magazines in Brazil, often promotes the Free The Nipple campaign.

The movement strives to remove the censorship of female nipples on Facebook and Instagram with the argument that male nipples don’t face the same rules.

Many consider this treatment sexist and unequal.

Cris commented: "I am totally in favour of the release of nipples, both on social networks and even on the streets.

“I feel freer naked, I have no problems with my body, nudity is something that is part of my day to day.”

Discussing her extreme plastic surgery, Cris added: "I have no problem changing what I don't like, if I don't like it, I change it.”

Previously, a model explained that she'd spent $200,000 to get the perfect butt.

Meanwhile, a tattoo model explained the reality of gaining weight in lockdown.

And, celebs and influencers have been baring their bums in the new 'mooning' fashion craze.