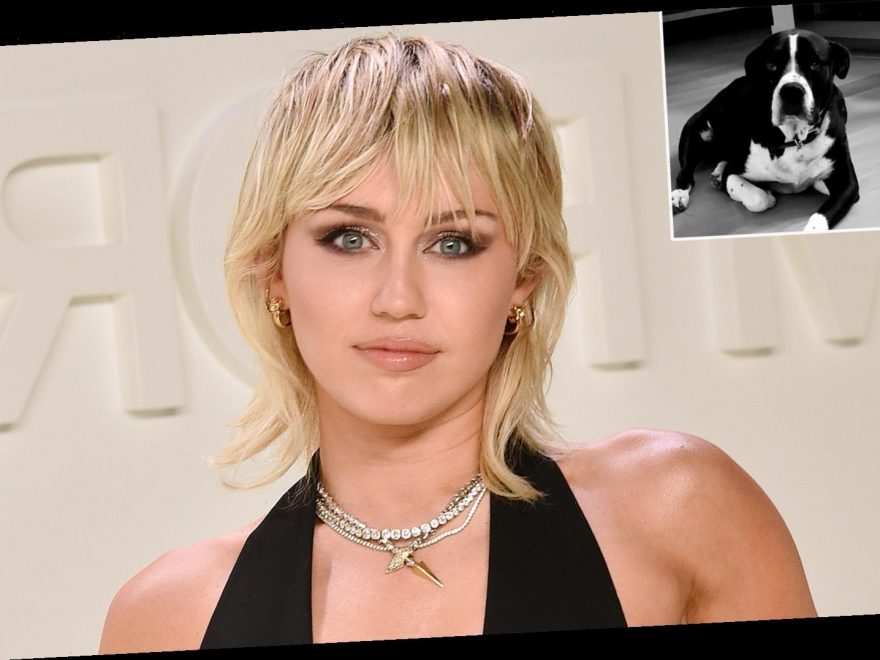 Miley Cyrus is mourning the death of her beloved dog Mary Jane.

Writing a lengthy statement on her Instagram Story on Thursday, the "Midnight Sky" singer, 28, revealed that her dog died after being diagnosed with cancer more than a year ago.

"Anyone who knows me & it doesn't have to be well is aware that my best friend in the whole world is a rescued pit bull mix named Mary Jane," she started her Story, before explaining the dog's diagnosis. "[I was] advised to spend every second savoring her special spirit…. which wasn't anything new. I had been for 10 years."

The singer continued by explaining that it's easy "to take things for granted" and "let little miracles pass you by without moments of gratitude," but that with her "angel" Mary Jane, "never once did I forget the gift I had been given." "She was a dog with wings in a way," she wrote. "I thanked her repeatedly as she took her last breath for who and what she was been to me. It was something more than a friend or family member. Something so different. You can't define it."

"Our connection was purely DIVINE. An incomparable love," she added. "We've never said hurtful things we didn't mean to each other. Never have we fought and went to bed angry. Not once has our loyalty wavered."

Cyrus continued by saying her dog had come "to my rescue every time my heart has broken."

"Put me back together again," she explained. "Going thru this pain without her magic power is so lonely." Cyrus explained that she felt it was her's duty to ensure that Mary Jane's last moments were as comfortable and pain-free as possible, to return the favor for the dog's lifetime of care and support.

"She is no longer hurting but I am. That's what love is," she wrote. "Mary Jane passed with grace, diginity, peace & power. She lived by the golden rule of kindness and compassion toward all. She was strong when she needed to be but never for too long."

"She would never let her soul close. She lived so open. To love and be loved," she continued. "If only we were all more like Mary Jane."

The singer went on to share several photos and videos of Mary Jane over the years. Under one selfie, she wrote, "I'm so lucky you were mine."