Risking it all. When a patient came into the hospital without insurance on the Thursday, May 2, Grey’s Anatomy episode, Meredith (Ellen Pompeo)
was determined to make sure that she got the care she needed — even if it meant putting her career (and possibly even her freedom) on the line.

When the patient, Gabby, and her father came to Meredith and Alex (Justin Chambers), they had exhausted all of their resources. Gabby’s father had brought her to the United States so she could get care, but so far, he wasn’t having any luck, and he hadn’t been able to get insurance, either. They found a mass in her colon, which meant they had to operate, and when Gabby’s father was unable to get last minute state coverage, Meredith told him she’d figure something out.

And as for her plan? She put Ellis’ name down on the insurance forms instead of the patient’s so she could use Meredith’s insurance, and when Richard (James Pickens Jr.) found out what she’d done, he was furious.

“The system failed him. The system is broken,” she said. “We know it is. So what does that say about us if we don’t fix it?”

After the operation, Richard took Meredith to task for committing insurance fraud, but he had a plan. If they could make their patient seem sicker on paper and keep her in the hospital for 30 days, a new state program would kick in, allowing her to be covered regardless of income. That would ensure that they wouldn’t be deported, and would hopefully protect Meredith, too. 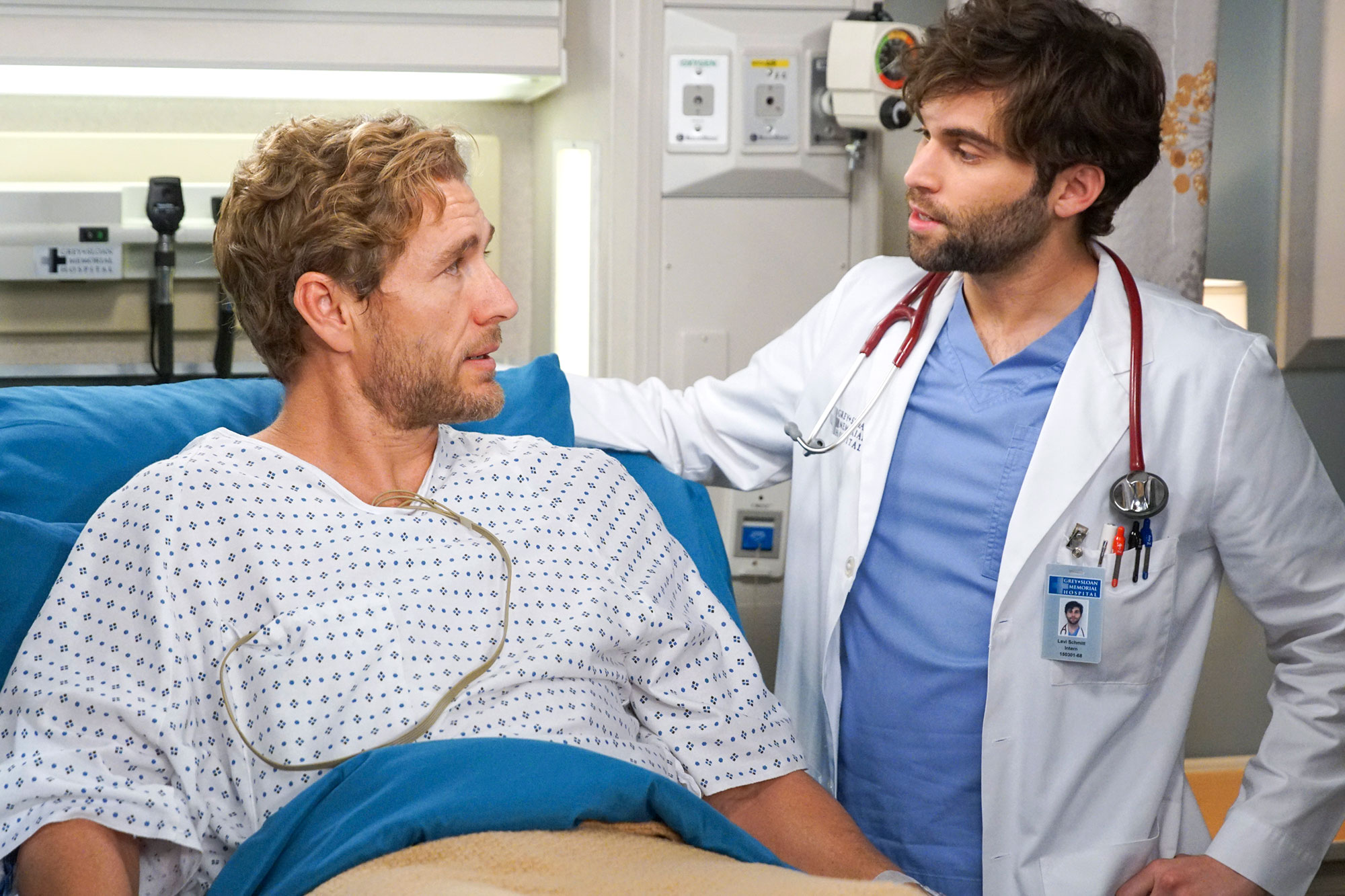 After their talk, Meredith went to talk to DeLuca (Giacomo Gianniotti) about what happened, and expected him to be just as mad as Owen, but instead, he took her by surprise by dropping an L-bomb on her for the first time because of how impressed he was by what she did for her patient.

“I’m in awe of what you did today,” he said. “I was afraid if I opened my mouth, the only thing that was going to come out was if I loved you.”

“Well, okay,” Meredith replied before she left the room. “Glad we cleared that up.”

Getting Ready For a Baby

Koracick (Gregg German) is set to head to back to Baltimore, but since Teddy (Kim Raver) decided she wouldn’t mind having him around for the birth of her baby, he decided to stick around — much to Owen’s (Kevin McKidd) dismay. He’s making birth playlists and looking for houses, and it sounds like he’s not planning on going anywhere anytime soon.

After Teddy explained what kind of place she was looking for, Koracick had a surprise up his sleeve for her. He rented her an apartment that was exactly what she wanted for her and the baby, complete with exposed brick walls and enough space for a happy mom and baby.

But seeing Teddy so happy with Koracick and seeing Amelia (Caterina
Scorsone) happy with Link (Chris Carmack) changed something in Owen.

“I want to feel perfectly clear when I tell her I love her,” Owen told his therapist. But who was he talking about?

After Jo (Camilla Luddington) gets good news for one of Alex’s patients, she started to get her groove back, despite the fact that she’s been seriously down after meeting her mother didn’t go as she planned. But then, she realized she’d made a mistake — she hadn’t found a donor for Alex’s patient after all. She found someone who needed a donor, which meant she’d delivered the wrong news to the wrong patient, and that sent her spiraling all over again.

Everything Ellen Pompeo Has Said About How Long She’ll Stay on ‘Grey’s Anatomy’ Opens a New Window.

She tried to get help from Teddy, but there was nothing that could be done. That meant that Jo had to tell the patient’s mother the truth: the supposed donor was actually looking for a donor himself, leaving her son, Gus, right back where he started. Jo broke down in the patient’s arms just in time for Alex to find her crying.

Alex was at a total loss for how to handle the situation, because Jo still wasn’t willing to talk to him about what happened in Pittsburgh, and Bailey was out of ideas, too. Is this finally his breaking point?