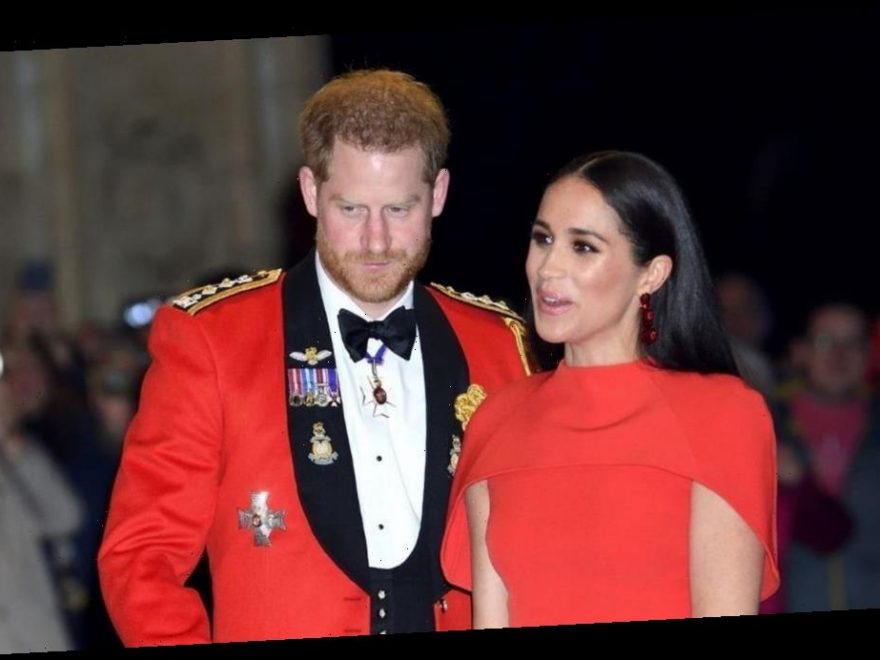 On Monday evening the UK tuned in to ITV to watch the much-anticipated TV special of Meghan and Prince Harry sitting down with Oprah in a tell-all interview.

As expected the outcome from the revealing chat was a controversial one with a range of topics being covered.

From claiming that sister-in-law Kate Middleton made her cry to opening up on her struggle with her mental health it was a loaded programme.

We were shown a variety of flashback clips which made us realise just how much Meghan’s style had changed since being a part of the royal family.

So we thought we would do our own bit of research into just how Meghan’s style changed from before to after she met her Prince Charming.

We’re starting all the way back in 2005 when Meghan attended a pre-Emmy event.

This is probably one of the only times we’ve seen the brunette sporting a casual tee and jeans combination as due to royal protocol, the royals aren’t permitted to be too dressed down in public.

The dress may be on the questionable side but we’re loving the look which Meghan sported in 2010.

Comparing this look to now, we rarely see the brunette wearing such a bold colour as this as she’s more of a fan of crisp tones and sophisticated silhouettes.

This has to be one of our favourite looks of Meghan’s before meeting Prince Harry.

Attending a celebratory dinner with Elle Magazine the then actress looked flawless in a rich pink/purple dress with a satin pleated bodice and sleek skirt.

This goes to show just how Meghan has always been one to watch with her style.

Unfortunately we wont get to see the Duchess sport a beautiful figure-hugging dress like this whilst part of the Royal family.

It is royal protocol that the females of the family don’t show off their figures in such a tight silhouette.

Not only that but the nude-illusion pattern would be highly frowned upon.

Despite that, we think Meghan looked absolutely flawless in this navy blue number.

Now this would be one outfit that the Queen would definitely not approve of.

Not only were Meghan’s trousers flared which we’re not accustomed to seeing any Royals wear but the see-through top would be an absolute no-no.

Despite this, we’re huge fans of this super chic look.

Harry and Meghan met each other on a blind date which has been said to have been set up by a mutual friend of theirs in 2016.

Even though this look would be frowned up as the length of the shorts are too high, we can’t help but love it.

Short suits have become a big trend in recent years and Meghan was definitely one to get the ball rolling.

Announcing their engagement in 2017, Meghan made sure she was dressed impeccably and to royal standards for the special announcement.

Wearing an ivory coat from Canadian brand Line the Label which saw their website crash instantly.

It’s widely known that the royals provide the public with the best outfit inspiration and this is one that we definitely want to try ourselves.

Sister-in-law Kate is known for her killer coat-style so naturally Meghan attempted to do achieve the same, and we think it’s safe to say she definitely knows how to dress to impress.

Not only do we love her fabulous red coat but we’re fans of her successful attempt to colour block her outfit.

This is one of our favorite looks from the 39-year-old.

Attending their penultimate royal engagement before standing down from their royal duties, Meghan made sure to end it with a beyond flawless red dress by designer Safiyaa.

Taking a stand and voicing her opinion, Meghan made sure she looked cool, calm, and collected in a stunning Giorgio Armani black gown.

As the gorgeous couple prepare to welcome their second child together, we can’t wait to see how Meghan’s style evolves.