The first time Jo Ellen Pellman ever heard about “The Prom” was in a musical theater history class at the University of Michigan. They were studying the journey of a Broadway show, from readings and workshops to out-of-town tryouts and regional theater. “The Prom,” which opened on Broadway in 2018 and was subsequently nominated for seven Tony Awards, was on the curriculum.

“I just sort of filed it back and lived my life,” says Pellman. “And then in the spring of 2019, my mom and I saw it on Broadway because we’d heard such great things about the show and the themes just really hit home for us. I’m queer and my mom is gay and I grew up in Cincinnati in the Midwest and it takes place in Indiana. And I just remember leaving the theater, being like, ‘oh my gosh, this is why I wanted to become an actor.’”

Fast forward and Pellman is now the lead of the Netflix adaptation of the musical, directed by Ryan Murphy and costarring a cast of fellow up-and-comers like Meryl Streep, Nicole Kidman, Kerry Washington, Keegan-Michael Key, James Cordon and Andrew Rannels. Out today, the movie musical is a wholesome feel-good story about a teenager in small-town Indiana whose school won’t let her take her girlfriend to the prom; a group of almost-washed-up Broadway stars, looking for career redemption, hear about her story and drive out to help. While the critics have far from loved Murphy’s adaptation, Pellman’s breakout has been hailed, rightfully so, as one to watch. 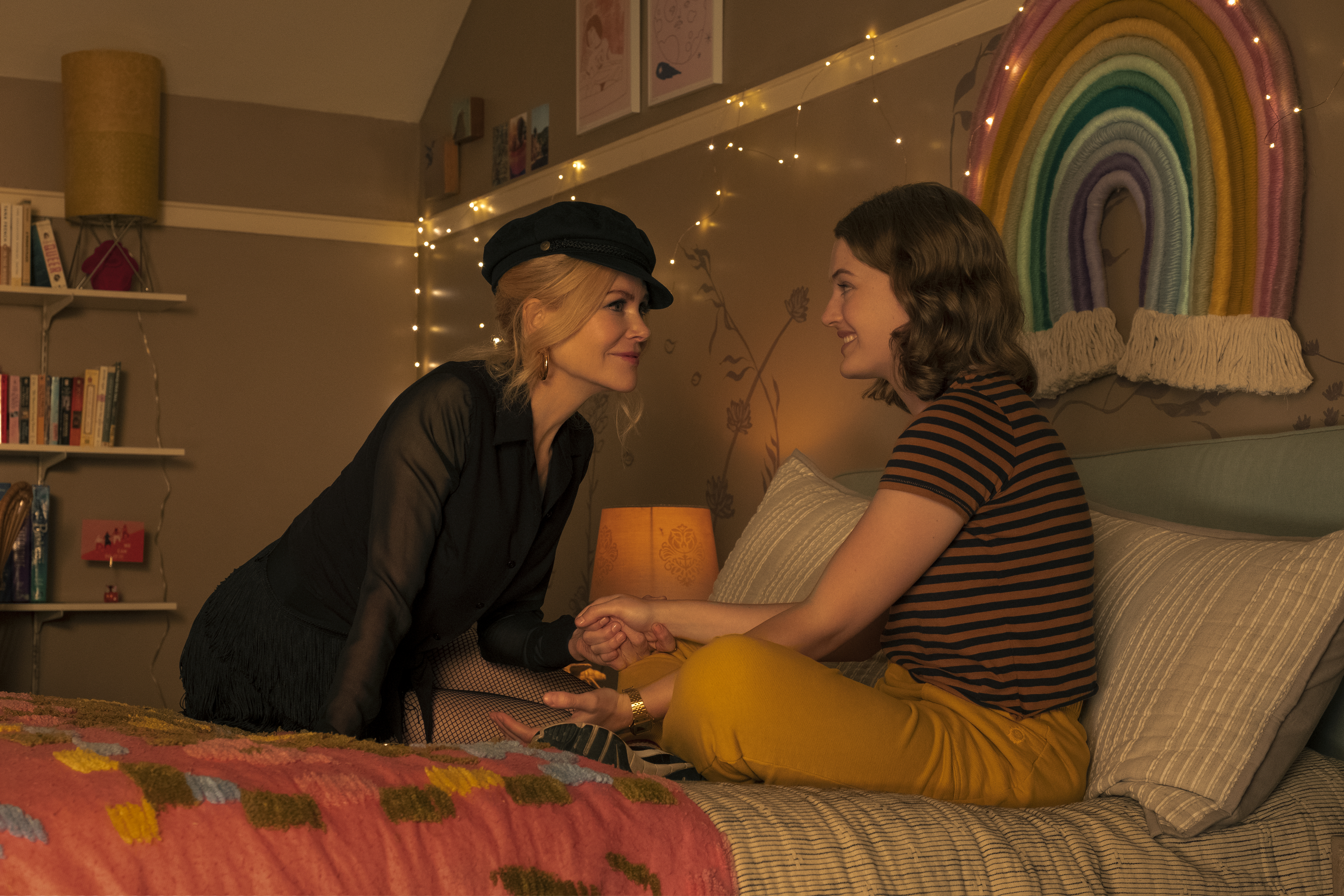 Pellman auditioned for the movie in July 2019, mere months after seeing the show on Broadway. A month went by before she finally heard back.

“I was actually working my retail job. I got a call that said that my take was getting sent to Ryan and there might be a possible callback,” Pellman says over Zoom from her mom’s house in Cincinnati, where she moved when the pandemic began (save for a return to Los Angeles over the summer to finish “the Prom,” which was forced to shut down in March with three days of shooting left to go). “And I remember I was in the back stockroom and I was telling my manager, ‘I’ll be on the floor in a sec.’”

Her character, Emma, is bullied by the other kids at school and thrust into the spotlight by the PTA, but remains positive at every turn.

“What really drew me to her was her optimism,” Pellman says. “We were filming ‘Just Breathe,’ the song, and I was definitely leaning into the angst of it. And Ryan pulled me aside, he was like, ‘no, this is a girl who always sees when what can be, how things can be better. She looks for the silver lining and she has that optimism even in the face of all of this inequality and bullying.’ And that totally shifted my perspective of the character.”

Pellman was born into the sports world rather than the performing arts. Her mom was a collegiate athletic director and a basketball coach at a women’s college in Pennsylvania; when Pellman was three, the family moved to Cincinnati, where she was raised.

“I just did not have a competitive drive. I played softball for many years and I just hated the dirt so much. It was gross,” she says. “So I knew that was not really where I was going to shine.”

Being onstage was a different story. She started in choirs and theater camps, school plays and voice lessons, before attending the University of Michigan to study theater.

“My formative years were ‘The Cheetah Girls,’ ‘High School Musical,’ the 2007 ‘Hairspray.’ And so I do feel like I was really first introduced to this art form by movie musicals,” she says. “That’s what really got me excited about that. And so I’m really excited for maybe ‘The Prom’ to be that for this next generation.” 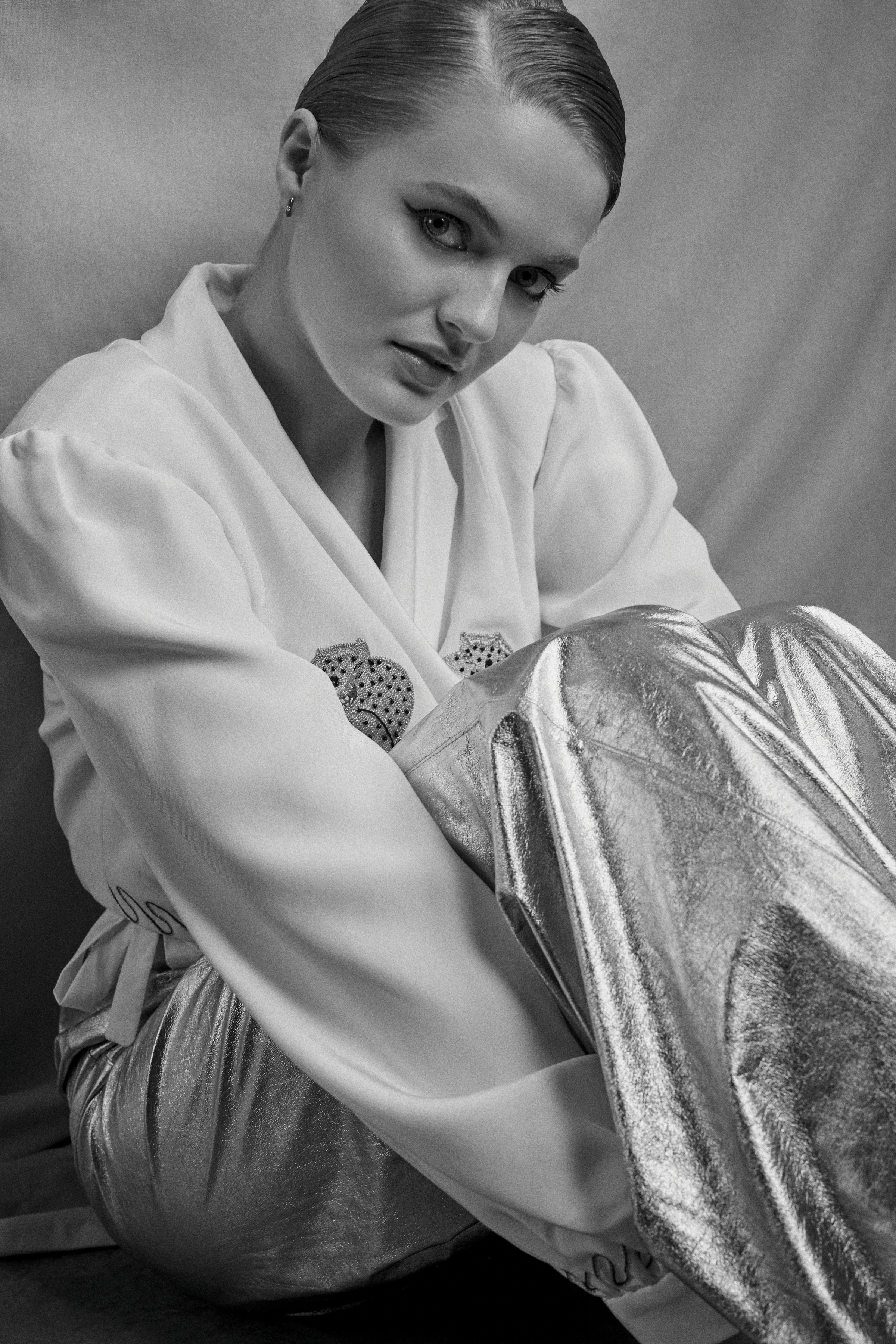