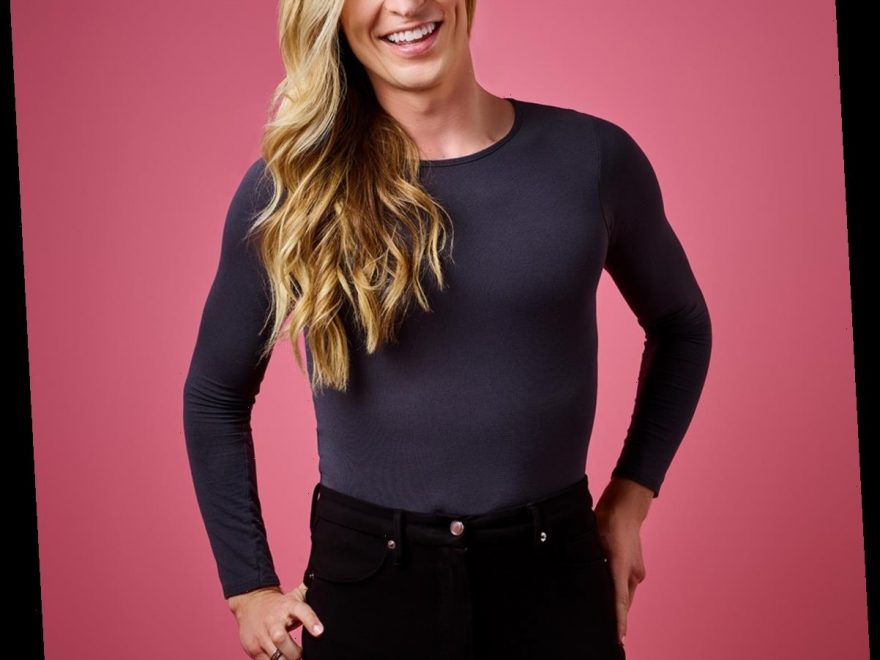 Love comes in all shapes, forms and sizes — and author Jason June's books Porcupine Cupid and the upcoming Jay's Gay Agenda are proof of it.

The genderqueer author talks to PEOPLE about the inspiration behind his books and why it's so important to normalize LGBTQ love in youth literature.

"I'm in love with love and I always have been," June says. "I love that whole emotion, the idea that two souls can connect so strongly that you have this whole bodily reaction and feel more complete with these people in your lives."

"Sometimes falling in love feels really organic and natural and other times you find yourself falling in love with somebody that you never saw coming," he says. "I really wanted to explore that unexpectedness and that unpredictability in Porcupine Cupid."

The picture book follows a porcupine as he pokes different animals with his quills — "just like love springs up on you," June says — annoying the forest neighbors around him. At first, they feel angry at the porcupine, but later the animals create the most beautiful bonds. It's a love story in its essence and, while it doesn't follow an LGBT character, the fact that a children's book is written by an openly queer author can really make a difference in an LGBTQ child's life.

"There were definitely no picture books by queer authors who were allowed to be openly queer," June says. "And so I'm so thankful that I get to be a part of this generation exploring queerness for kids of all ages."

"There's never an age where it's inappropriate to talk about queer people. Queer people are kids, neighbors, and family members and parents oftentimes, and you would explain that to a child like you would explain any other member of a family or of a community to a child," he adds. "You could in terms of love. And it's not this foreign concept, especially because for so many queer kids, they know they're queer, even if they don't have the terminology to describe it yet."

June says he was just 3 years old when he started to understand his own identity. When watching The Little Mermaid, he didn't want to be Prince Eric but Ariel. And through his work, he wants kids like him to feel seen and accepted.

That's where Jay's Gay Agenda comes in — a teen rom-com story "loosely inspired" by June's own life as a teen. The book's main character grows up in a rural farming community, where he's the only out, queer student. He's accepted and loved in the community but he still feels lonely watching his straight classmates have their "firsts." Then, he moves to a big city.

"Throughout Jay's whole high school life he's kept a list — because he's a very type A, Virgo list-maker — that he calls his gay agenda, of all the things he wants to do when he finally meets another boy who likes boys," June explains. "Things like first hand-holding, first date, first kiss, but obviously as he grows up and his hormones are raging that there's other things on his list, like having sex for the first time, seeing another guy naked in real life for the first time. This is a whole story about Jay finally getting to cross these items off his list once he gets to Seattle."

The book delves into real issues that students in high school face related to coming to terms with their sexuality. June describes the book as a "sex-positive" story since it speaks openly about sex in a natural and important way.

"It's all about queer joy. This is a story about what happens after you come out and getting to explore yourself as a romantic and sexual being without the angst or potential heartbreak of society being against you," he says, explaining that the book isn't a "coming out" story, but one about being out and experiencing love.

"This is not only a love story, it's also a sex-positive story, and really embracing this idea that we should be able to love our bodies and the urges that our bodies bring us and the attractions that our bodies have just sort of spring up, sometimes literally," June says.

Porcupine Cupid is on sale now. Jay's Gay Agenda is out this summer.