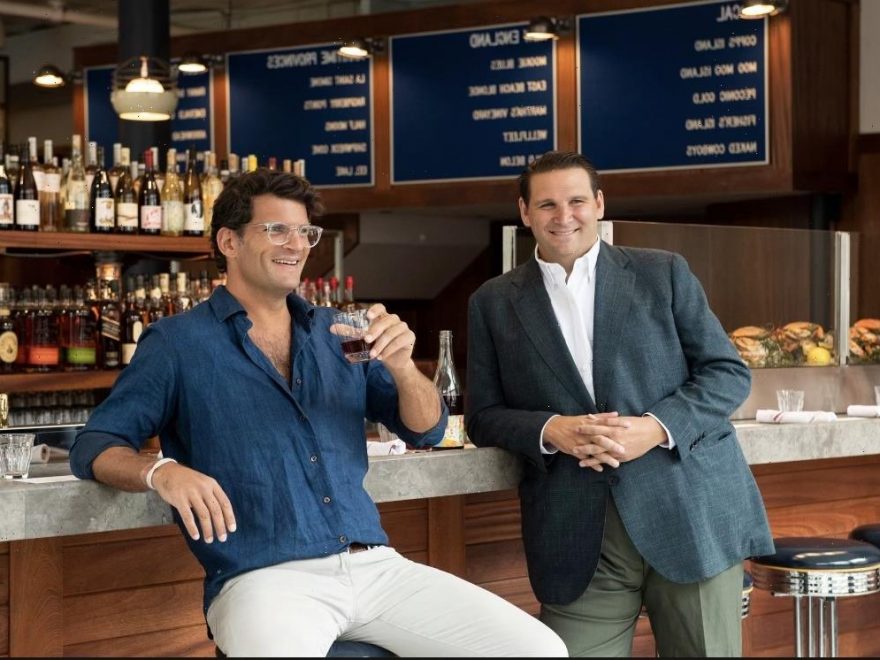 If you’re all in the mood for a melody … two nightlife impresarios are whistling a new tune on the Upper East Side.

The Martignetti brothers, Tom and Anthony, who ran celeb-stunned haunts Southside and Brinkley’s, have taken over the old Lexington Bar & Books space and are set to open a new piano bar called Melody’s.

“[We] lost the smoke, kept the piano,” Tom tells us of the former cigar bar.

While they will offer light bites, we’re told a night out will be more about the cocktails and music than food.

The brothers also own East Pole and The Palace.

Their Nolita spots Brinkley’s Broome Street, frequented by celebs like Scarlett Johansson and Chrissy Teigen, and Southside — where the Chainsmokers got their start — closed in 2017.

“If you met your first husband at Southside, chances are you’ll meet your second at Melody’s,” Anthony joked to Page Six.

The spot is just the latest in a slew of new high profile openings that offer a bit high-class nostalgia including Pebble Bar in Times Square and the Nines.

Longtime uptown staple Lexington Bar & Books, a favorite of Sean Penn, Kiefer Sutherland and Rudy Giuliani, closed during the pandemic after being unable to work out a deal with their landlord. They had been at the same location since the Nineties.

In May 2020, owner Raju Mirchandani told Page Six he was petitioning local pols for help “getting a dispensation so we can move our [tobacco] license.”