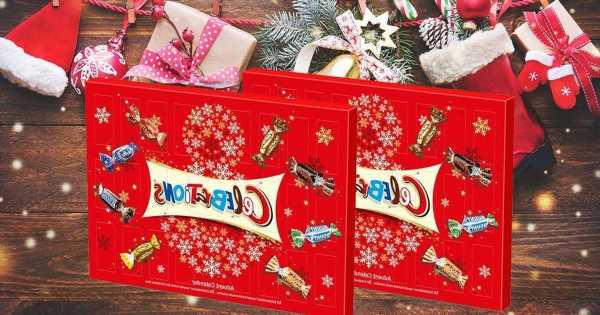 Join the Secret Elves to get first access to our exclusive reviews of the must-have products this year.

According to reports, Mars won't be selling Celebrations advent calendars over Christmas this year.

The Sun has said the confectionery manufacturer confirmed it would be scrapping the chocolate countdown calendars this year.

A reason for the axe hasn't yet been given, however it may be because the calendars have caused drama in the past.

This was because chocolate lovers found a Bounty bar behind the door on the second day of advent.

It seems the move left a lot of people irate as they're not a fan of the chocolate treat.

And many demanded answers from the manufacturers.

One person wrote online at the time: “Day 2 of my Celebrations advent calendar and I’ve had a Bounty. Refund required.”

While another said: "I have a Celebrations advent calendar and if I open that thing tomorrow and there’s a Bounty, well that’s just gonna be 2020 summed up."

A third chimed in: "Both day two and day three of the Celebrations advent calendar have been BOUNTYS?!

As a fourth wrote: "Absolutely fuming that I have had two Bountys in a row in my advent calendar."

A spokesperson for Mars said at the time: "We all have our favourites. Bounty might be the last chocolate left in tub for some people, but for others two advent Bounty treats in a row get their season off to a great start!

"Don’t worry, there’s something for everyone in the calendar – no peeking on what comes next!” Chloe Smith, Mars Wrigley’s Head of Christmas, added: “Who were we kidding thinking that Bounty wouldn’t be up to its festive tricks in 2020?!

"The Bounty team went coco-nuts when they found out they weren’t behind door one this year.

"Needless to say, Celebrations HQ has been over-run with Bounty Lovers who decided 2020 needs a bit more tropical fun."

Despite the backlash, research by Mars Wrigley UK revealed for almost one fifth of the nation (19%), Bounty is their top choice this festive season.

It's also surprising that the calendars appeared to have been axed, as sales in the Celebrations Advent Calendar have risen 25% year-on-year.

Despite the cull of the calendar, Mars will still release Maltesers and Galaxy advent calendars this year.