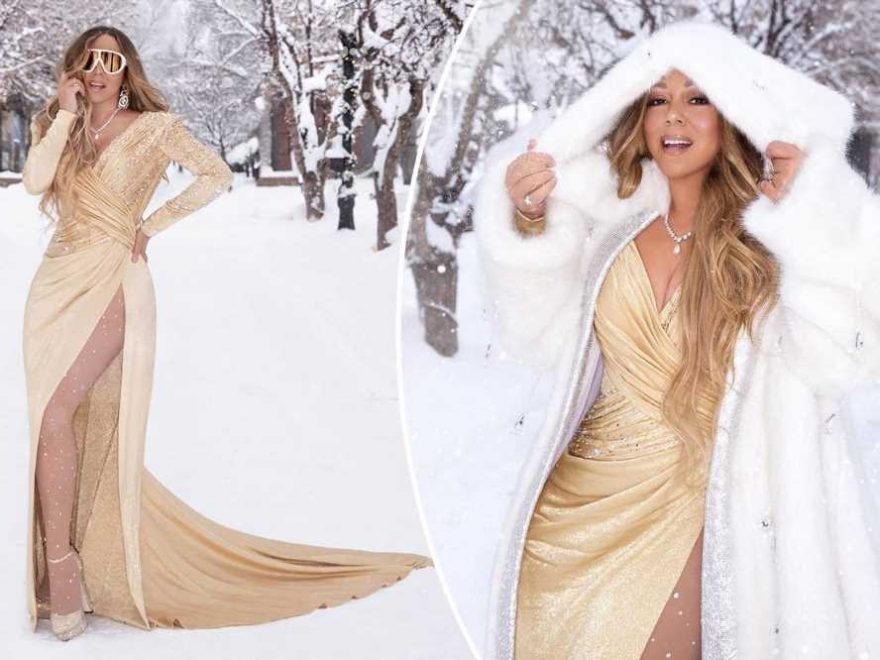 Mariah Carey hits the hot tub in a sequined gown

Of course Mariah Carey wore a gown to McDonald’s

Mariah Carey rang in 2022 in her typical sparkly style, sporting a plunging gold dress for a photoshoot in Aspen.

The snow didn’t stop the 51-year-old star from striking a pose in a gold Dolce & Gabbana dress, complete with a train and thigh-high slit.

She teamed the glittering gown with large glasses and similarly shimmery tights, captioning one photo, “Happy New Year!! 🥂🍾🎉 It ain’t been easy, yet we can revel in the splendor of the most beautiful gift of all… LOVE ❤️”

Carey slipped out of her heels and into a pair of snow boots for a second series of snaps, also warming up in a hooded fur coat.

“Walking into 2022 like…” the pop star captioned her festive New Year’s style. 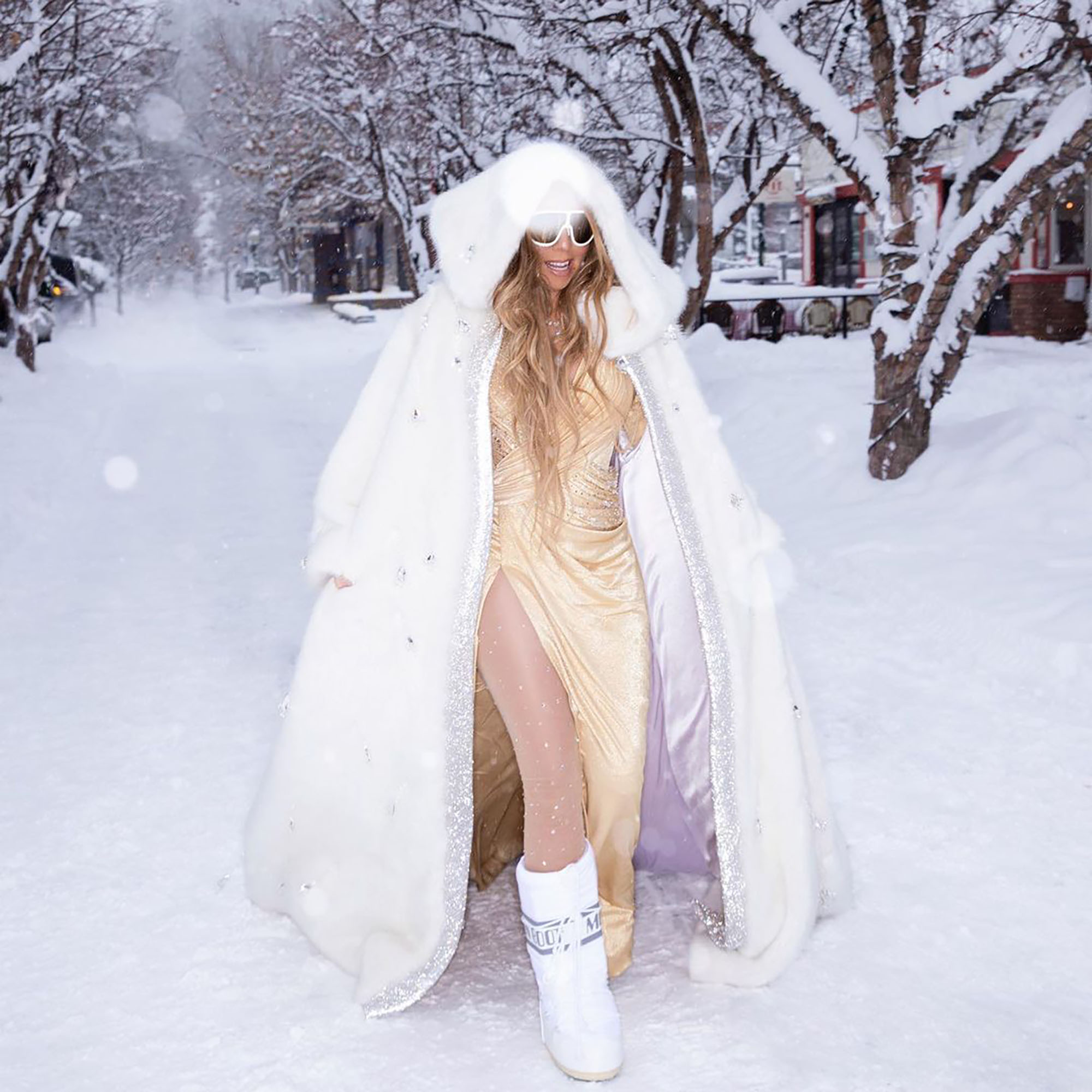 It’s far from the first time Carey has braved the elements in a designer dress. Just last week, she hit the hot tub in a sequined Louis Vuitton gown while celebrating her holiday hit “All I Want for Christmas Is You” spending another week at No. 1 on the Billboard Hot 100.

She’s no stranger to starting the New Year with a splash, either, as she’s worn dresses into the pool while kicking off both January 2017 and 2020. 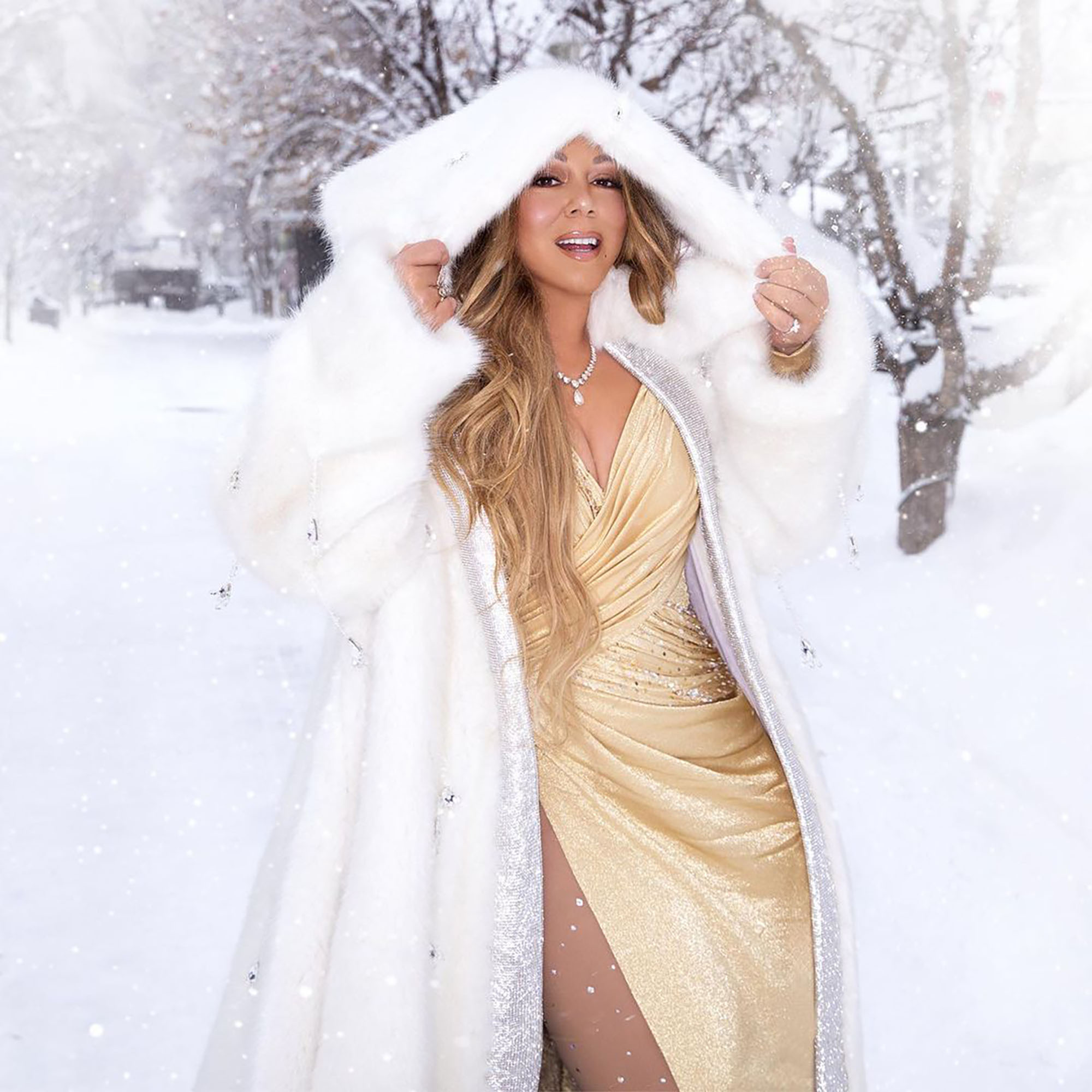 And as the reigning Queen of Christmas, the start of 2022 closes out another style-filled season for Carey. This year her festive fashion moments included donning another Dolce & Gabbana design for her Apple TV+ holiday special, which she later said weighed in at about 60 pounds and required six men to transport the train.

She didn’t save all of her designer looks for the stage, however, as she also wore a red gown at McDonalds to check out her Mariah Menu in December.