The singer reveals these two songs are actually about Jeter, as she recalls kissing him for the first time.

Mariah Carey has a memoir on the horizon and, if the first details to drop from the book are any indication, it’s going to be good.

In a new profile with Vulture, the elusive chanteuse previews some of the juiciest tidbits from “The Meaning of Mariah Carey,” confirming both her fling with Derek Jeter and the songs that were inspired by the Yankees superstar. 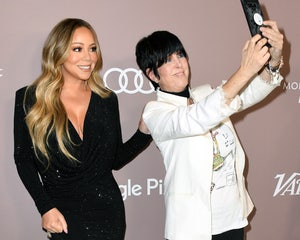 According to reporter Allison P. Davis, who was able to read the book before her interview, Carey writes about meeting Jeter at a dinner party near the end of her marriage to Tommy Mottola. The two “secretly” started flirting via text, before they shared “a clandestine kiss” on the roof of his apartment building. Though fans have long believed her song “The Roof” was, in fact, about Jeter, the tell-all finally confirms it.

“Of course I do! I can never forget that moment,” she told Vulture of their first kiss. “I mean, it’s not like it was some intensely deep, intellectually stimulating — again, it was a great moment, and it happened in a divine way because it helped me get past living there, in Sing Sing, under those rules and regulations.”

Sing Sing is her not-so-loving nickname for Mottola’s home, a reference to the prison of the same name in New York. 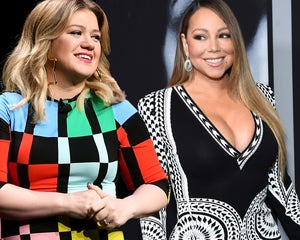 The other song inspired by Jeter: the ballad “My All.” The song’s lyrics “I’d risk my life to feel your body next to mine” were — as described by Vulture — about her “risking her life to have a night with Jeter in Puerto Rico.”

Carey says it was easy for her to include tales like this in the book, because the rumors were “already out there.”

While she reportedly started crying speaking about Mottola in the interview and writes about the allegedly-controlling nature of their marriage in the book, Carey also made it sound like she let him off the hook easy.

“I could have gone harder,” she said. “And I didn’t. I give him credit where credit is due.”

Mottola signed Carey to Columbia Records in 1988 and the two began dating while working on her second album, “Music Box.” Despite a 20-year age difference at the time, they married in 1993 … and separated in 1997. 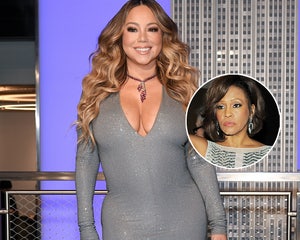