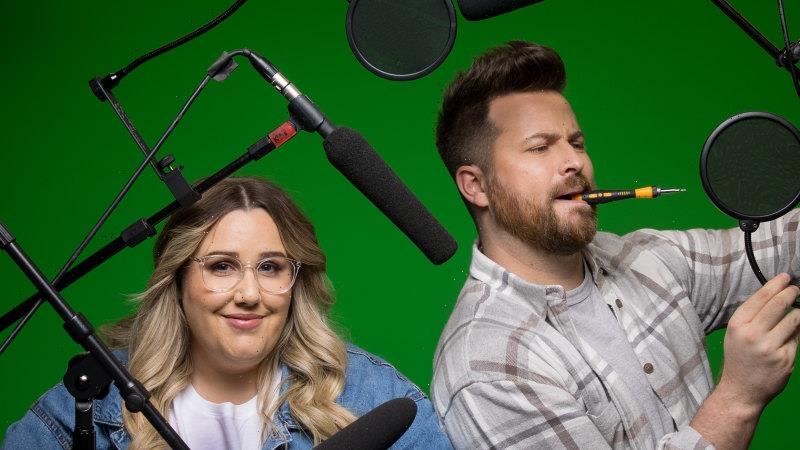 It’s the media malaise of the 21st century: everybody has a podcast. What separates the hits from the misses, however, is as old as media itself: the audience. And in the space of five months, Ryan Jon Dunn and Toni Lodge seem to have struck podcast gold. Their podcast, Toni & Ryan, broke the 5 million download mark in March, having launched only last August. And this year, in February, they clocked 1.3 million downloads in a single month.

In a world where mainstream radio sometimes only commands fractions of those numbers, Toni & Ryan is a rare success story. “We were like, the last thing the world needs is another couple of middle-class white people banging on about something, but we had fun doing it,” Dunn says. “People were asking, where’s the podcast? And we thought, oh, what are we going to do?” 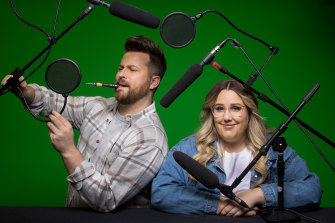 Perhaps unsurprisingly, if you listen to the show, Dunn and Lodge had done things slightly arse about. They had started producing the social media video clips that accompany their podcast, before making the podcast itself. “People were starting to get pissed off they couldn’t find the podcast. And the reason they couldn’t find it was because it didn’t exist,” Dunn says.

The pair had two options: approach a major media company to help launch one, or “just flip the switch and create [the podcast] ourselves, and not get permission, or answer to anyone,” Dunn says. “We thought, if we do it for a month and get bored, we’ll move on, and we haven’t got bored yet.”

Toni & Ryan is a curious beast in the world of commercial audio. Its audience is predominantly outside Australia, and it draws its budget from the crowd-funding platform Patreon. Presently it is carried on most major platforms, including Apple, iHeart and Spotify, though an exclusive agreement is likely soon given the rising prominence of the podcast in the US and UK.

The podcast’s engine, however, is powered by the social media accounts of its two hosts, who converse about everyday life and pop culture with an authenticity that is rare in modern media. Lodge’s background is in sound engineering, though presently she works nine-to-five, Monday-to-Friday in a corporate job. Dunn is more of a modern media jack-of-all-trades, but presently he hosts Workdays from 9am-3pm weekdays on Melbourne’s KIIS-FM.

Dunn says he was drawn to radio having grown up in a house with working parents and waking up in the morning to breakfast radio. “I didn’t believe I could do it because it was just this far away dreamland with celebrities and stuff,” he says. “It didn’t seem like a thing that regular people like me would do, so I never really intended on it being a career.”

Dunn and Lodge met working on a summer radio program where he was a presenter, and she a producer. Their opening exchange: Dunn asked how she was. “Not well. I’ve got a pimple on my vagina,” she replied. “That was literally the first thing she ever said to me,” Dunn says, laughing. “And you go, righto, we’ve got a live one here. Working with her was really fun, and we worked really well together.” 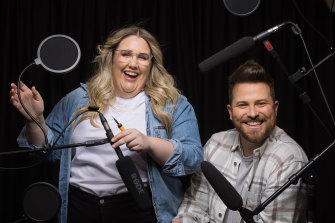 Says Dunn of his relationship with Lodge: “We genuinely love and care for each other, and I hope you can hear that it isn’t a performative friendship, and so we genuinely enjoy the time in the studio.”Credit:Simon Schluter

The pair initially started recording videos for Lodge to use in her search for a job. They posted them online, with no strategy in mind. “We woke up and there were all these comments. What’s your podcast called? Are you guys in a relationship? Which tickles me, of course,” says Lodge. “We were sitting together in the studio, and I was like, mate, I’m all in if you’re all in. And he went, yeah. All right.”

The audience is – roughly – one-third Australian and two-thirds rest-of-the-world, but notably the US. There are occasional conversational wrinkles as a result. That thongs in America are not like thongs in Australia. Or that they have Kohl’s, which is not a supermarket, and we have Coles, which is. Fortnights in America are just two weeks. And GST is just sales tax.

“It’s so funny, it’s just not something that they see because there aren’t a million Australian TV shows that they’re fed,” Lodge says. “We’ve become a bit more mindful of, hang on, I just said something and you probably won’t know what that is. It’s just a beautiful showing of, we are one. We all have the same shit. It’s just called something else.”

The podcast operates on a very American business model: partly funded via Patreon, a crowdfunding platform which allows people to become regular contributors to the program. Those supporters get benefits including online chats with the two hosts, the opportunity to introduce (and “endorse”) each podcast, and additional Patreon-only podcasts.

In that sense, a large segment of the audience are also shareholders. “I think back to the honesty thing, like if people are chipping in a couple of bucks to help you do your show, the least you can do is be honest,” Dunn says. “[The Patreon supporters] suggest topics and share their stories and we reply to all of it.

“And it’s not because we feel compelled, we just think that in today’s creator-economy-slash-media industry, the closer connection you can have with the audience, the more powerful your show is going to be. What an honour, that these people actually give a shit about us. It’s one of the greatest compliments you can get.”

I suggest to Lodge it is a talent-and-audience relationship I have not felt so tangibly since I saw Lady Gaga hold a concert audience of “Little Monsters” in complete rapture early in her musical career. “It’s a really interesting comparison,” says Lodge. “Because Lady Gaga has taken her audience with her. She’s really prioritised them in everything that she’s done. [On the Patreon] we’ve created such a cool group of people that really trust each other.” 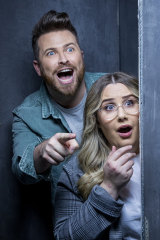 Initially, she and Dunn were sceptical of Patreon, because of its relatively low profile in Australia. “It’s huge in America because I guess it’s a bit like tipping. You’re like, I enjoy this thing you create for me. But we don’t have a tipping culture in Australia. I think it’s flipping the narrative of, you’re getting more value, we’re putting more time into this.”

The show works, largely, because of the pair’s chemistry. (How they have not been snaffled for breakfast radio is anyone’s guess.) Broadly, they engage in bold and often explicit discussions like a pair of over-sharing siblings. At the same time, there is a very subtle sexual chemistry. (Both are in separate relationships.) Critically, however, the exchanges feel authentic, a rarity in a medium often crippled by forced familiarity.

“We’ve never had the conversation, but now that I think about it, if I ask [Toni] a question, I expect an honest answer, and vice versa,” Dunn says. “We genuinely love and care for each other, and I hope you can hear that it isn’t a performative friendship, and so we genuinely enjoy the time in the studio.”

It also helps, Dunn says, that they shoot the podcast in their spare time, usually on weekends. “As you can imagine with radio, not that you don’t like the person you’re with, but every day is hard work,” he says. “Because we have days off every week, we get excited to see each other again.”

Honesty is the key to the podcast’s chemistry, Lodge says. “Both of us are very honest with each other,” she says. “I don’t think I’ve ever had a relationship with somebody where I don’t feel judged, ever.” There is also, she says, no contrived jeopardy. “With some other, I’m going to say in inverted commas, comedy duos or radio shows or podcast hosts, other broadcasters, other creators, it’s like they’re always out to get each other. There’s always a bit of a piss-take,” she says.

“I think the thing that has drawn people into us is that you can hear that we love each other,” Lodge says. “People have said, it feels like you’re sitting with two mates around the table at your mum and dad’s house, out the back. We’ve never had a conversation in real life that couldn’t have worked on the podcast, and vice versa.”