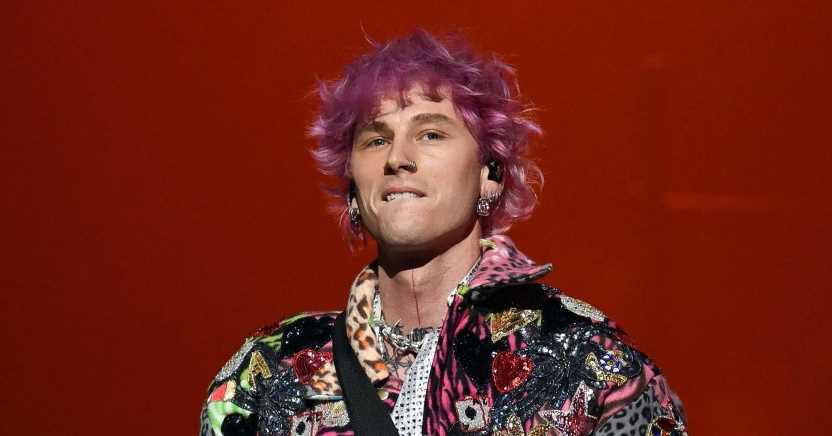 Dedicated to the art. Machine Gun Kelly had such a great time at a recent concert that he left the stadium with a bloody face.

The Texas native is known for going all out at his shows, but the Saturday, August 13, date in Ohio seems to have been particularly over-the-top. The Midnight in the Switchgrass actor — whose real name is Colson Baker — also reposted a video that showed him zip-lining across FirstEnergy Stadium. 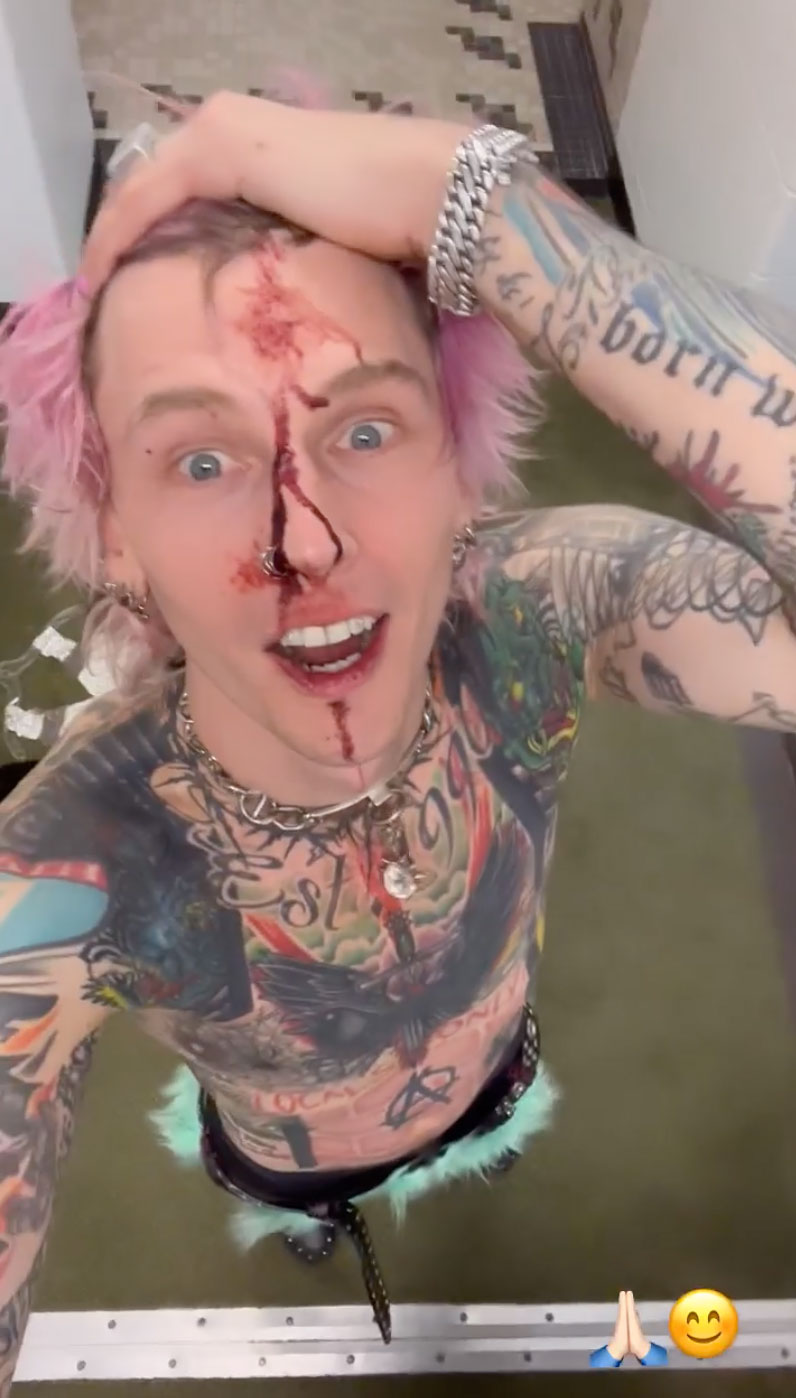 The zip-line moment had not been part of previous shows, and according to Page Six, producers initially told the “Bloody Valentine” rocker that it couldn’t be done. “Til i die,” the Billboard Music Award winner wrote via Instagram on Monday, alongside a video of the impressive stunt.

In another Instagram Story, the “Emo Girl” musician claimed that he returned to the stadium in the wee hours after the show and “tried to the sleep in the middle of the field.”

The Cleveland show also featured performances from several of the opening acts that have been opening for Kelly on the Mainstream Sellout tour, instead of just one or two musicians. Avril Lavigne, Travis Barker, Trippie Redd, Willow and 44phantom all made appearances at the concert.

This isn’t the first time MGK has finished a show with an injury. Earlier this summer, the Dirt star shared a video of himself smashing a champagne glass on his forehead following his concert at New York City’s Madison Square Garden.

“I don’t give a f–k, bro. I don’t give a s–t,” said in a June Instagram video before hitting himself with the glass, causing attendees at his afterparty to let out shocked gasps. “And this is when things turned …” the singer captioned the footage.

One day later, the rapper gave a unique explanation for the viral moment. “You know when you clink a champagne glass with a fork to kind of [get people’s attention]? Yeah, well, I didn’t have a fork,” Kelly explained during an appearance on Late Night With Seth Meyers. “So I just clinked it on my head.”

Host Seth Meyers quipped, “You know, in medicine, they call that ‘asking for it.’”

A laughing Kelly replied, “Yeah, so I had a serious case of that last night.”

When the Saturday Night Live alum, 48, asked his guest how he was feeling, however, the Life in Pink star admitted that he wasn’t doing so well after the glass smash. “I feel like s–t,” he quipped.