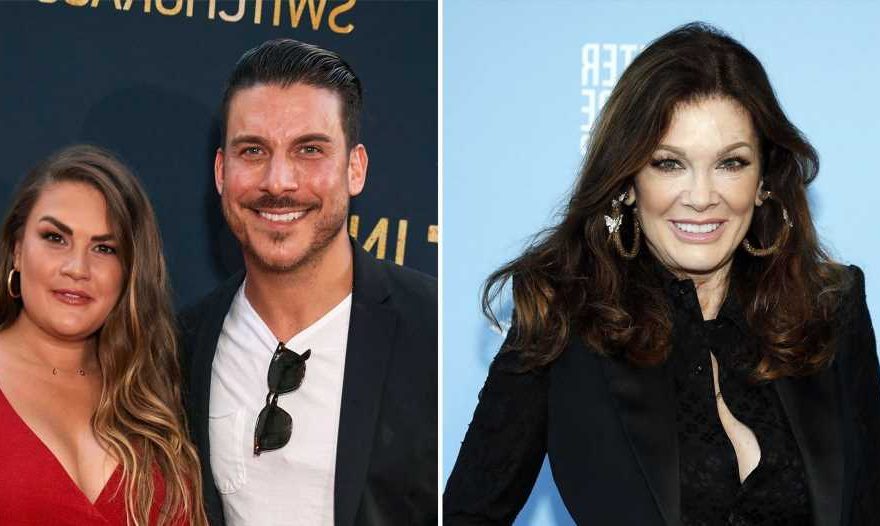 Times have changed. Lisa Vanderpump opened up about where her relationship with Brittany Cartwright and Jax Taylor stands after they left Vanderpump Rules.

Former ‘Pump Rules’ Stars: Where Are They Now?

“I reached out to them,” Vanderpump, 61, exclusively told Us Weekly at the Schwartz & Sandy’s opening party hosted by DailyMail.com and TMX in Los Angeles on Tuesday, July 19. “I’m sure they do [want to stay in touch], but I sent them a beautiful baby gift. [It was] hand-embroidered with the baby’s name on it [following Cruz’s birth in April 2021].”

Vanderpump’s comments come after Cartwright, 33, claimed there was distance between her and her past employer. “She said she missed us and stuff, but we don’t hear from her as much as I thought we would, which is kinda sad,” the Kentucky native said on the “Behind the Velvet Rope with David Yontef” podcast in May. “But I still love her to pieces.”

At the time, the former SUR waitress noted that her husband, 43, “doesn’t really say anything” about the development. “I’m sure if you asked him, he probably would be [upset] a little bit,” she shared. “I know she was really close to him during all the filming and stuff. So I just wish that would have, like, continued a little bit, but we’ll see.”

Cartwright, who married the former sweater designer in 2019, clarified that she has received gifts from Vanderpump for her son. “We got a present from her when Cruz was about 8 weeks old,” she said. “So she did send, like, some gifts and stuff.”

The Real Housewives of Beverly Hills alum, for her part, discussed how the dynamics have changed since Cartwright and Taylor left Vanderpump Rules in December 2020.

Biggest ‘Vanderpump Rules’ Feuds — and Where the Relationships Stand Today

“I have hundreds of people that work for me, sometimes thousands, and I can’t say I have a close relationship with everybody that works for me. How could I? But through this journey, in this show, of course I have,” the U.K. native told Us on Tuesday. “That’s why when they had the baby, even though they were no longer working for me, I reached out with all personalized gifts and everything, because I love them. I do.”

Vanderpump continued: “I’m sad that it was a sign of the times that a lot of people were let go. I mean, that’s what happens. It doesn’t go on forever.”

Shortly after their departure, Cartwright seemingly hinted that their decision to leave may not have been solely up to the pair. “Do you guys really truly think we got to write whatever we wanted?” she replied to fans who pointed out the twosome’s identical goodbye messages.

During her interview with Us, the businesswoman also weighed in on Taylor and Cartwright’s recent drama with Stassi Schroeder. (Earlier this year, the group found themselves at odds when Schroeder, 34, and Beau Clark called their former coworkers out for skipping their nuptials in Italy at the last minute.)

‘Vanderpump Rules’ Cast: Then and Now

“Maybe Stassi doesn’t believe their excuse. I don’t know why. Jax Taylor has always been the most honest person,” Vanderpump joked to Us. “Listen, I’m sure Stassi is coming from a place of hurt, not a place of anger. I think she’s probably hurt because she was with Jax for a long time. They started this journey together and she probably wanted them there.”

The Bravo personality questioned if Schroeder chose to “lash out” because she wasn’t getting any support. “The whole world had changed. People weren’t traveling in big groups and it was a very different thing,” she concluded. “But so obviously the fact that she wanted them and they were still invited, it means they’re very special in her life. She probably was very upset about it. But you know, if they’ve got legitimate reasons, s–t happens. Sometimes you just can’t go.”

With reporting by Hannah Kahn