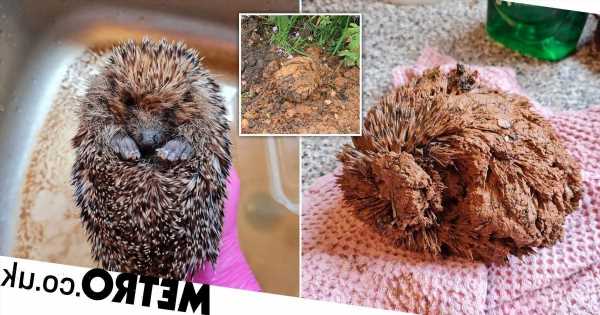 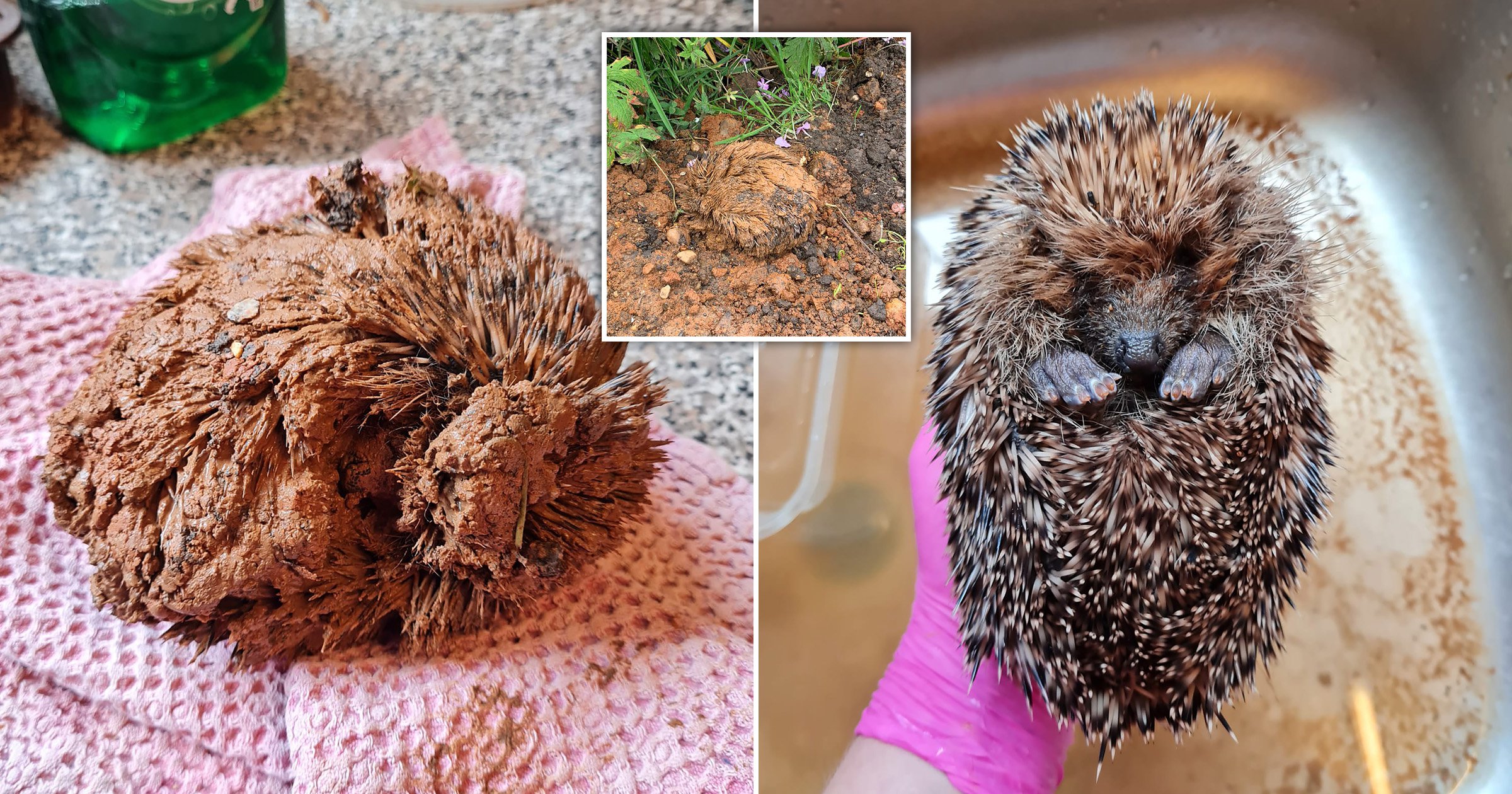 A hedgehog is lucky to be alive after falling into a pit of clay on a building site.

It’s thought that the hedgehog tumbled into the trench on a construction area in St Albans, Hertfordshire, over the weekend, causing her to become encased in clay as she tried to escape.

Because the site was empty at the weekend, she was only discovered by workmen on the Monday.

But, fortunately, when the workers spotted the animal they rushed her quickly to local animal charity London Colney Hedgehog Rescue.

There, volunteers were able to work speedily to get the hedgehog – who they named Clayla – clean and warm again.

It took more than half an hour to gently wash away the clay.

But all the effort was worth it – the staff’s actions likely saved Clayla’s life.

‘Because she was so cold it made it difficult for us to relax her properly from her ball shape, said Esther Chant, on the team at the charity.

‘If we had warmed her up first, which is the usual first aid on any arrival, the clay would have dried hard.

‘We also had to be careful she didn’t aspirate the muddy water.

‘We have named her Clayla, and she will stay at the rescue to make sure she has a full bill of health before being returned to a nearby garden.’

The builders at the site have now agreed to leave boards as bridges coming out of trenches and pits, to help any other wildlife climb out if they get stuck.

Before the hedgehog incident, there were gaps in the covering board, which allowed Clayla to fall in.

‘The site was unattended over the weekend and judging by the state she was in she had been there all that time,’ said Esther.

‘She was a clay mud ball and freezing cold. Her claws are worn down where she had been scratching to get out.’