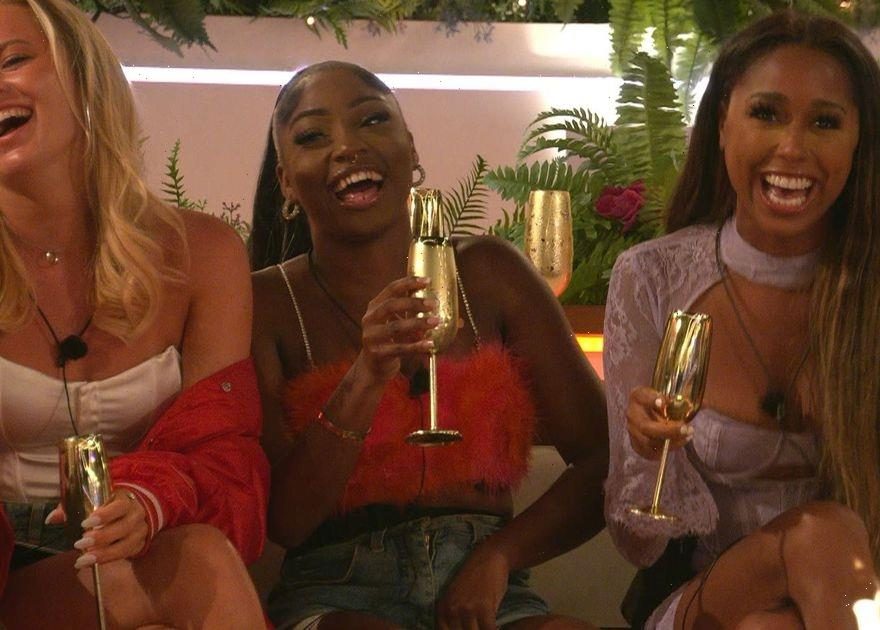 Love Island’s fans are not ones to be duped or crossed when it comes to spotting niche moments in the show.

This year, fans have been questioning why the contestants are drinking from specific gold flutes that seemingly took inspiration from the same style of wine glass used on Netflix's Love is Blind.

One Twitter user said: “Obsessed with the gold flutes #LoveIsland”

While another pointed out a striking similarity to elsewhere: “Who do Love Island think they are with these imitation gold Love is Blind champagne glasses?”

Viewers may be divided with how they feel about the glasses, but the reason behind them is actually very helpful for producers.

Not showing how much liquid is in each glass means that for the sake of continuity between editing scenes, it's a lot easier to edit clips if no one is aware how much is in each flute.

The idea was touched upon by Love Is Blind’s creator Chris Coelen in an interview withVariety: "It’s a very authentic, really true following of these people’s journeys, but I like the fact that we have this sort of connective tissue with that in a really light way, it’s fun."

Season four alumniEyal Booker, previously revealed that alcohol "was very, very limited" on the show and that it was "max two glasses of wine a night and that's max!".

And former IslanderAmy Hartanswered a question on whether Islanders can take each others' drinks.

She replied: "No, and they tell you on the first day that if you do get caught giving your drink to anyone that everyone gets banned from drinking for five days.

"So then you'll let everyone else down, so don't do it."

She’s also been answering fan questions about continuity on the show, including why thetime on Islanders phones are different.

Amy said: "Obviously, when you leave the villa, you're allowed to know what time it is again. So when you get out, you speak to people, you find out what sort of time they left in the morning.

"Also, once you're out, it's very easy to work out because you don't start filming [in the villa] in the nighttime until it's dark, so on the two days you're in Majorca afterwards, okay it's getting dark now, it's quarter to ten."

The blonde went on to admit that she "didn't feel the need to know the time when I was in there because I hadn't got to be anywhere do I couldn't be late anywhere."