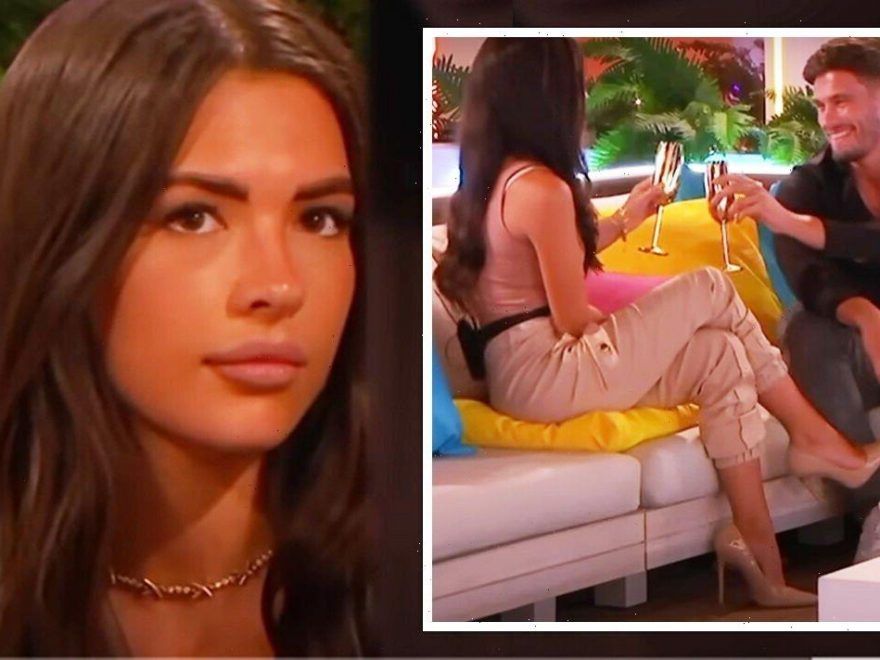 Darren Stanton began his career in the police but is now a body language expert, psychologist and hypnotist, as well as a published author. He has been dubbed “the human lie detector”. Now the expert has turned his knowledge to reality TV favourite, Love Island in partnership with Buzz Bingo.

He discussed the show’s most popular contestant so far, 19-year-old Gemma Collins.

Gemma is the daughter of England footballer Michael Owens and a social media star in her own right with a huge number of followers.

Darren said the beauty has been using “hair twizzling” while flirting with former match Italian hunk Davide in the villa.

He said: “While she was talking, she was playing with her hair, we call this hair twizzling, a classic flirting nonverbal signal women do when they’re into someone.”

He went on: “Gemma is loving the adulation, but I think as the days go on, she will reveal her vulnerable side.

“She seems to need the adulation so it will be interesting to see how she behaves in the coming weeks.”

However, the expert predicted she might not make it far in the programme.

Darren said: “Although it’s very early days, I don’t see her making it very far through the competition and feel she could be quite manipulative in order to get her man.”

Gemma has been coupled up with three men on the show so far. She was initially coupled with Liam, although she was then “stolen” from him by “bombshell” Davide.

Then in another recoupling, she was chosen by fishmonger Luca.

“Gemma agrees he’s quite arrogant and challenges Davide by saying she will humble him as he’s too cocky.

“My gut feeling is he too will be an early casualty on the show as I’m not sure how the arrogant personality will last with the rest of the guys and the public.”

In general, the body language expert suggested this year’s cohort of boys is putting in less effort with the girls than in previous years.

He told Express.co.uk: “The buzz word at the moment seems to be ‘graft’, and the girls say the guys are not ‘grafting’ for me, meaning to make the effort or work.’

“I think the women are so used to being chased by guys, but because the guys are very much playing it cool and not chasing them full-on, it’s getting them both frustrated and confused.”

Of course, it’s only early days in the mammoth summer marathon show, which takes place over a number of weeks.

Anything can happen in this programme, as a bombshell, walks out, betrayal and love take place in the famous villa.

The odds on the potential winners are ever-changing.

Winners of the programme usually split £50,000 in cash after facing a classic prisoner’s dilemma to steal all the cash or split it.

Currently, the Gemma is the second most popular choice for top females, coming after Welsh paramedic Paige Thorne.

She is followed by Tasha Ghoiru and Amber Beckford.

Luca Bish is in the running for top male currently, followed by Dami Hope.