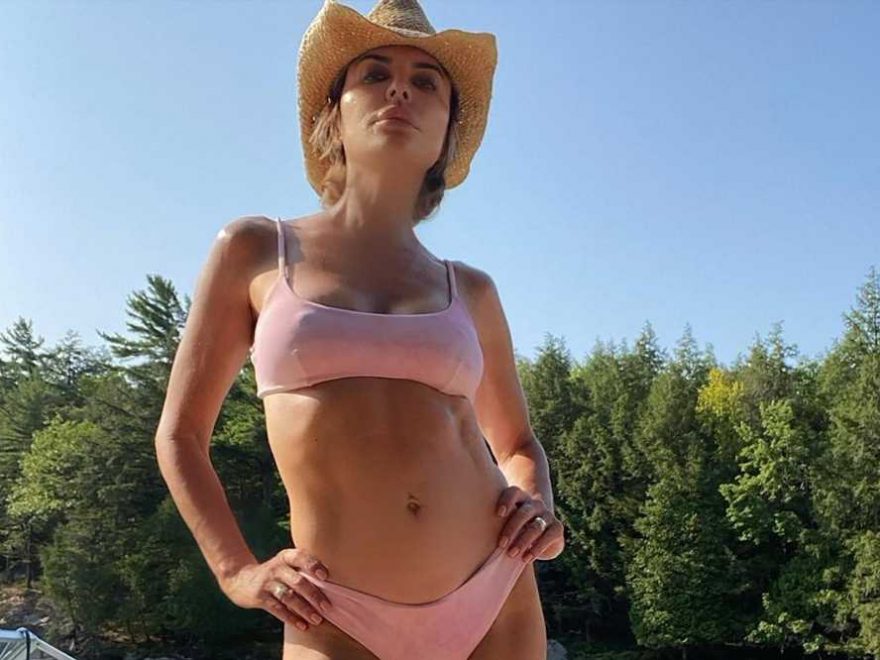 Lisa Rinna doubles down on her defense of Erika Jayne

The “Real Housewives of Beverly Hills” star, 58, took to Instagram on Thursday to share a sexy throwback photo of herself topless.

“A book I did called #Room23 Diana Jenkins @sdjneuro which led to my shooting Playboy with @deborahandersoncreative,” Rinna captioned the risqué snap, censoring her breasts with black heart emojis. “Big walk down memory lane today 😊 ❤️📸 omg and @jenatkinhair did the hair!”

This certainly isn’t the first time Rinna has shown off her fit physique, however.

She wore nothing but sunglasses for a June 2020 photoshoot, and received backlash one month later for posting a nude snap of herself for her birthday.

It appears Rinna’s influence has also been rubbing off on her and husband Harry Hamlin’s daughters as of late.

Delilah Hamlin celebrated her 23rd birthday in June with a cheeky snap of her own during her vacation to Tulum, Mexico, while Amelia, 20, shared photos of herself in lingerie earlier this year.

In addition to Rinna’s latest topless pic, she also shared a throwback photo earlier on Thursday of her and Garcelle Beauvais.

The post came after Rinna attacked Beauvais, 54, at the “RHOBH” reunion which aired on Wednesday night.

Beauvais accused Rinna of saying that she changed the dynamic of the show by bringing race into the forefront. Rinna denied saying anything of the sort and the two eventually hugged it out.