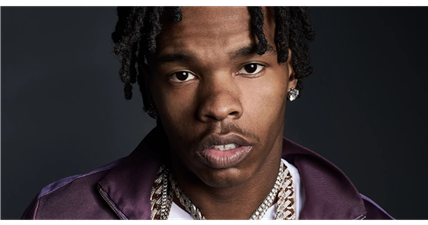 American Rapper Lil Baby is undeniably one of the hottest artists in music right now. It looks like the cast of Starz show BMF isn’t the only people blowing money fast. Rap superstar Lil Baby is on top of his game, showing no signs of slowing down after earning his third consecutive No. 1 Billboard 200 album, It’s Only Me. But, as the saying goes, when you work hard, you get to play hard and with friends like Drake that just might include gambling.

While promoting his new album, the Atlanta native stopped by Complex’s 360, hosted by Speedy Morman, to talk about his humbling start as a artist, hanging around billionaires, and of course gambling with Drake.

RELATED: Lil Baby Gets Some Wildly Lavish Gifts For His Birthday

Back in July, we reported Drake won and lost $25 million playing roulette with French Montana, and it seems like his bad luck might have rubbed off onto Lil Baby. During the interview, Baby revealed he lost around $600,000 playing baccarat with Drake, Meek Mill, James Harden, and former 76ers owner Mike Rubin while on vacation, according to Uproxx.

He said, “Just one night everyone was in the Bahamas and we were all gambling together. Drake, Meek Mill, James Harden, and Mike Ruben.” He then sadly revealed, “I lost about $600,000.”

Later in the interview, Morman asks, “Is that the worst day you’ve ever had in gambling?”

Later in the interview, Baby said that’s not even his worse loss.

“The say you’re gonna lose more than you win, but over time you can’t even remember,” he said. “That’s the crazy part. You don’t even know [if you’re up or down].”

To be fair to Baby, he apparently has plenty of big wins to offset his losses. He said he won $2 million playing Baccarat in Las Vegas.

It sounds like Baby is giving Drake a run for his money when it comes to rappers who gamble. Drake, of course, frequently posts to social media his wins on Stake, the crypto betting site he partners with, per USA Today.

READ NEXT: Rihanna’s Comebacks With ‘Lift Me Up’ Music Track From Black Panther: Wakanda Forever Film