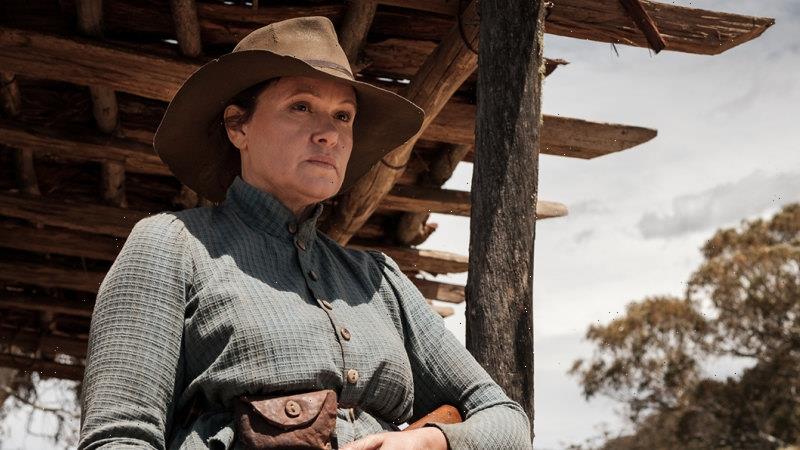 THE DROVER’S WIFE: THE LEGEND OF MOLLY JOHNSON ★★★½

Leah Purcell has been living with Molly Johnson for a long time. She took up residence in Purcell’s imagination when Henry Lawson’s short story The Drover’s Wife was read to her in childhood. 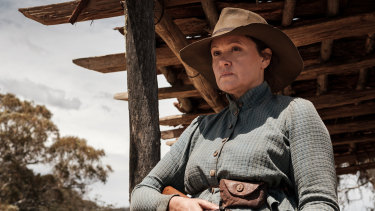 The Drover’s Wife: The Legend of Molly Johnson is a passion project for Leah Purcell, who also wrote and directed the film.

She drew heavily on Lawson’s creation for her 2016 play about Molly, winning a clutch of drama awards for its production at the Belvoir. Then came a novel and this film with Purcell as director and star.

It’s a raw slice of colonial life that stands alongside Jennifer Kent’s The Nightingale, another film that looks at Australian history from a female perspective. Although the violence here is less extreme, both films revolve around a woman who forms an unlikely alliance with an Indigenous man in her efforts to withstand white injustice. In The Nightingale, he’s an Aboriginal tracker. In The Drover’s Wife, he’s on the run from the authorities, who accuse him of murdering a white family.

Purcell decided to set the story in the Snowy Mountains after getting to know the country during the filming of Ray Lawrence’s Jindabyne, and its morning mists and air of lofty remoteness are perfect for a piece deeply rooted in loneliness. Molly and her four children have no one to rely on but themselves. 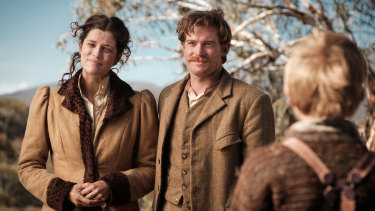 Her husband has been away for months mustering, and the nearest town is a little community of settlers whose flinty dispositions match the weather. The local minister (Bruce Spence) and his spinster sister (Maggie Dence) spectacularly fail to maintain the town’s proprieties, while a lugubrious judge (Nicholas Hope) keeps a full calendar, given the population’s taste for drinking, brawling and prostitution.

Change is in the air, however. A new police sergeant, Nate Klintoff (Sam Reid), and his well-educated wife, Louisa (Jessica de Gouw), have arrived from London, bringing a whiff of civilisation with them. They worry about Molly and her lack of protection, but the harshness of frontier life has a way of eroding the best of intentions, and Nate soon begins to feel the pressure.

Purcell says she wove her family folklore into the script, using the experiences of three generations to sketch the characters and life stories of Molly and Yadaka (Rob Collins), the Indigenous man who looks for refuge on her property. He takes time to win her trust, but after Yadaka engages her with his personal history of racial persecution, the bond between them begins to grow.

The problems start to build in the film’s second half. After the unsparing realism of the first part, anchored by the strength of Purcell’s performance, the scenes in the town have a lumbering predictability with some purple patches of overacting. At the same time, Purcell’s feminist tilt starts driving her in a fanciful direction, leading to a highly theatrical conclusion. Sadly, it’s so painfully contrived that it undermines much of what has gone before.