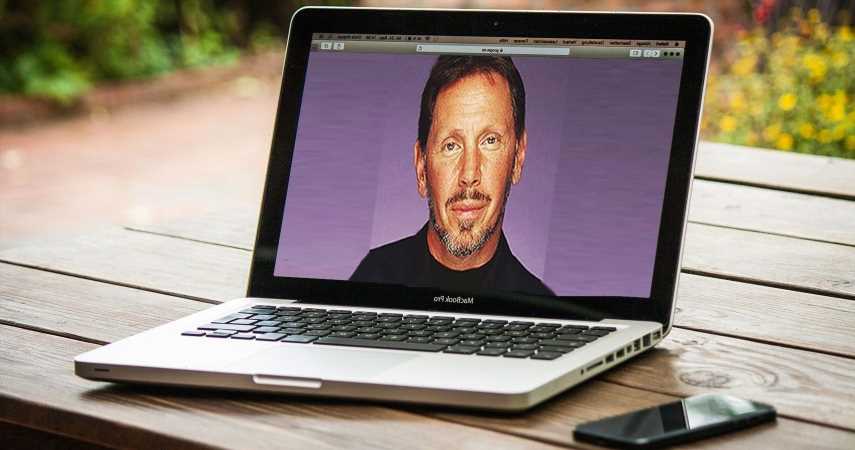 Larry Ellison, the co-founder and Chief Technology Officer of Oracle Corporations, is renowned for making more than $100 billion in the Software Industry.

Larry Ellison is an inspiring example of a college dropout turned billionaire. He makes it possible to believe that one does not necessarily require a college education to be well established. Today, Larry has an approximate net worth of an extraordinary $100 billion and is one of the major stakeholders of the multi-billionaire dollar company known as Oracle Corporations. Ellison, however, did not have a smooth childhood and teenage life, besides which he got this far is indeed commendable.

Beginnings and a Turbulent Adolescence

Today Larry Ellison is seen as one of the most successful American magnates and investors in the world. He is the Chief Technology Officer and Executive Chairman of Oracle. However, life was not always as rosy for him as it is now.

Larry Ellison was born in 1944 in New York City to Florence Spellman, a single mother. He suffered from pneumonia at a tender age. Finally, his mother decided to give him to his adoptive parents, aunt Lillian Ellison and uncle Louis Ellison. Larry then began staying in Chicago.

After attending school at Chicago’s Southside, Larry Ellison enrolled at the University of Illinois at Urbana-Champaign. Life started becoming difficult for him when his aunt, Lillian Ellison, expired. He dropped out of college when he was in his second year. The following year he tried for college again at the University of Chicago. This time he dropped out just after one semester.

Nurturing Skills for a Glorious Future

By the age of 22, Larry Ellison was disillusioned by institutional education and drove to California in a beautiful turquoise Thunderbird to make the journey symbolic of freedom. He became more focused on working on his creative technological skills to pave an extraordinary future for himself and the world of technology. While hopping from one job to another, he trained himself in different computer programming languages.

Larry was confident that one day he would make history in the sphere of the software industry. California, which later became famous for tech hub Silicon Valley, was already booming in the technological field in 1966. Back then, Ellison worked at companies like Wells Fargo and Amdahl. He finally joined the company called Ampex. Little did he know at that point that this would be the turning point of his remarkable life and career.

The Birth of Oracle

When Larry Ellison joined the electronics company Ampex, he was part of the work team for a contract with the CIA. The assignment was to design and develop a database. It was codenamed ‘Oracle.’ Larry Ellison had about ten years of working experience with software programming by now, and he saw this as the priciest opportunity to make his dreams come true.

Oracle was born in 1977, and it was the brainchild of Larry Ellison, who co-founded it with his business partners, Bob Miner and Ed Oates. In the beginning, Oracle was known as Software Development Laboratories. Two years later, the name of the company was changed to Relational Software Inc. It was not until 1982 that the company was re-named ‘Oracle Systems Corp,’ and it was a strategic move to market its flagship product.

The Growth of Oracle as a Multi-Billion Company

Oracle soon became a leading technology company and had its first initial public offering in 1986. At that point, it had a brilliant sales revenue estimate worth about $55 million. Things were running smoothly. However, in 1990 Oracle faced a bit of slack and had to let go about 10 percent of its workforce. The company was caught up in lawsuits, bankruptcy and faced severe competition from rivals like Sybase.

With the Oracle 7 database launch, the company was able to get back on track along with its valuable employees. Larry Ellison was the main contributor in helping Oracle back on its feet because he was a significant investor. In recent years, Oracle’s growth has been a rewarding experience to Larry Ellison as he has recently hit the $100 billion mark. Ellison claims that Oracle is the largest employer of engineers from Harvard, MIT, and Stanford.

He also served as the Chief Organization Officer at Oracle from 1977 to 2014 and now owns about 36 percent of the firm’s stakes. Oracle had a net income of approximately $10.14 billion in 2020 and is currently offering substantial competition to Amazon, Google, and Microsoft in the cloud computing business.

Ellison, who enjoys most of the returns that Oracle brings his way, is the owner of lavish properties in Malibu, the island of Lanai and Porcupine creek. He is also well known for his philanthropy and charitable causes, showing that success in business can also lead to a well rounded personal life outside the boardroom.

READ NEXT: Walmart: The Rise Of A Billion Dollar Company