Contract workers could take no more than four consecutive fixed-term contracts within 24 months before their boss would be required to offer them permanent employment, under a new Labor plan should they win Saturday's election.

The policy would particularly affect public sector workers including teachers and nurses on rolling contracts. 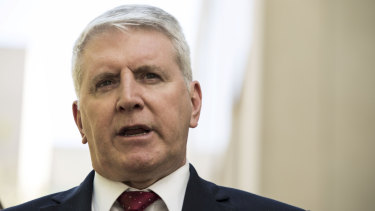 "More than half of Australia’s workers are in a non-standard employment relationship, such as labour hire, part-time work, fixed-term contracts or casual employment.

"Too many Australians, particularly teachers, nurses and public sector workers, face years of rolling fixed-term contacts and endless job insecurity, with no prospect of a permanent position."

There is no limit on the number of employment contracts or their duration under existing employment laws.

Labor said it has heard of many workers being bound by continuous fixed term contracts, "with no permanency in sight".

"Labor's reforms are about protecting workers and giving them and their families a fair go, making sure workers aren’t caught in a cycle of precarious work, which they can’t escape," Mr O'Connor said.

"Labor will consult with all stakeholders to implement this policy and avoid any unintended consequences, but our aim is to stem the ongoing rollover of fixed term contracts."

Labor has also said it will introduce a new small claims tribunal to be co-located with the Fair Work Commission to make quick decisions on wage theft claims of up to $100,000 per worker.

The Australian Industry Group has previously raised questions about whether people on rolling fixed-term contracts should have access to unfair dismissal laws.

In 2017, the Ai Group intervened in a Fair Work Commission full bench decision Khayam v Navitas English which dealt with whether employees covered by fixed-term and maximum-term contracts could access unfair dismissal laws when their employment ends at the expiry of the contract.

Ai Group said the commission's interpretation of the Fair Work Act would lead to more uncertainty about whether or not an employee engaged under a fixed term or ‘outer limit’ contract can pursue an unfair dismissal case if the employment ends when the contract expires.