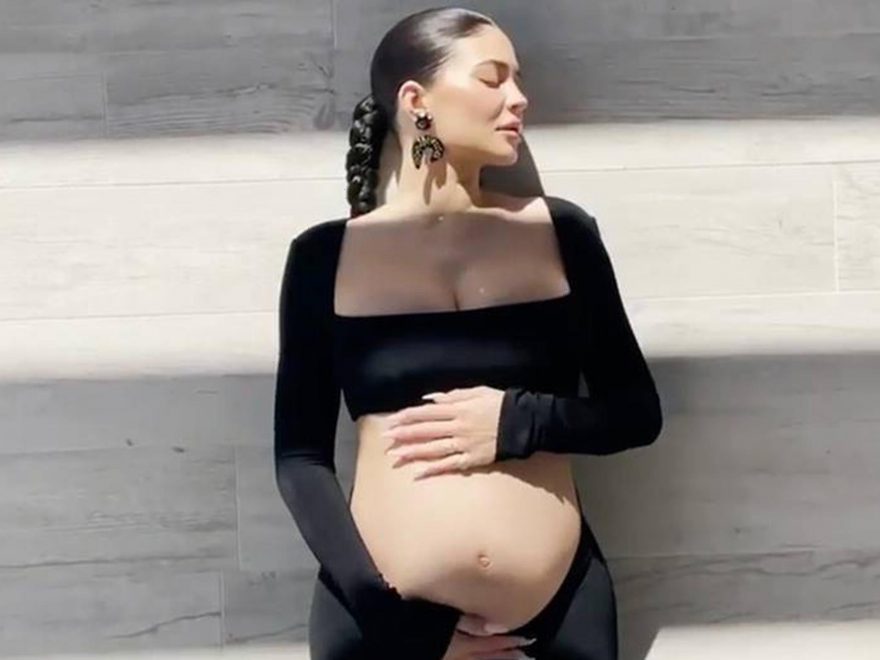 Why fans think Kylie Jenner is pregnant with a boy

Leave it to Kylie Jenner to break big news in style.

While revealing her second pregnancy in an Instagram video Tuesday, the Kylie Cosmetics founder showed off her stomach with a black cut-out dress.

Her floor-length gown – the now-sold out Grand Finale Gown from Mirror Palais ($695) – features a bandeau top connected to a curve-hugging skirt, allowing Jenner to fully bare her baby bump.

The makeup mogul, 24, posed against a wall in the stretchy style, before her daughter Stormi, 3, planted a kiss on her bump and said, “Baby.”

The heartwarming clip confirmed Page Six’s report from August that Jenner is expecting her second child with Travis Scott.

Fan theories have also been swirling for weeks, with some surmising that Jenner even hinted at the sex of her baby with a cryptic Instagram caption last month. 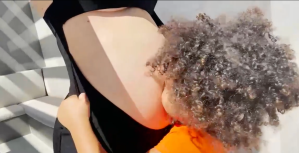 Since the star went into hiding during her first pregnancy – revealing at the “Keeping Up With The Kardashians” reunion that she felt it was “something I needed to go through myself” – we’ve yet to get more than a glimpse at her previous pregnancy style.

However, she did pose in a different body-hugging black dress, sans cutouts, while revealing Stormi’s birth in a viral February 2018 YouTube video.

Jenner has said she intends to have a big brood someday, telling BFF Stassie Karanikolaou on an Instagram Live, “I want seven kids down the line, but not right now.”

She’s also expanding her empire, as she quietly announced in June that she’s launching a baby brand called Kylie Baby.

And with her new Kylie Swim label seemingly nearing its own launch, perhaps she’ll soon be baring her bump on the beach.