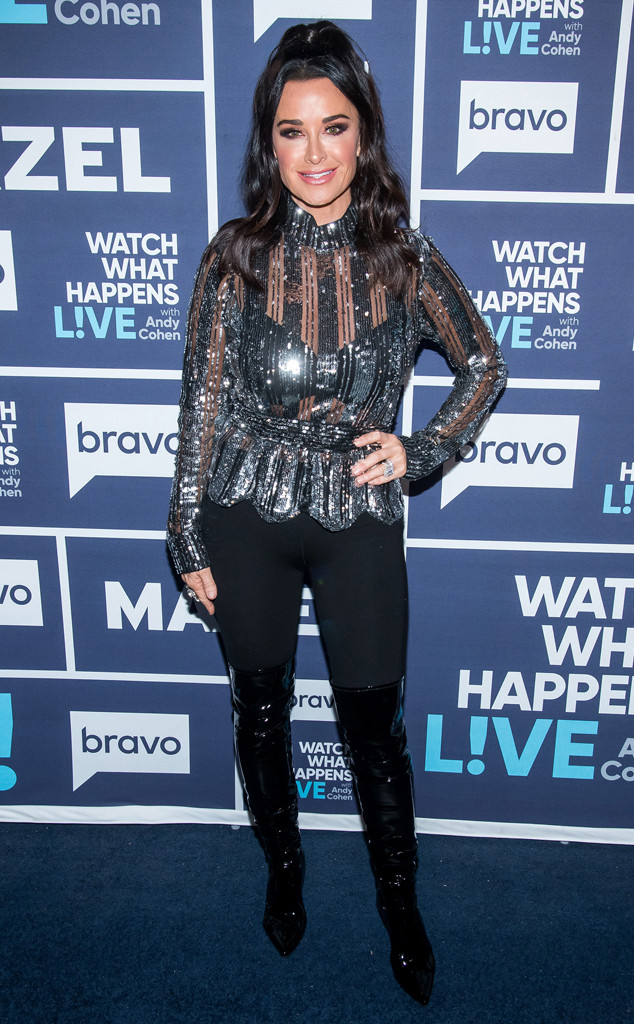 Is Kyle Richards turning over a new leaf and ready to work things out with former Real Housewives Brandi Glanville?

For the 50-year-old reality TV personality, she says she’s letting “bygones be bygones.”

While the two have a long history of feuding, including one of the most dramatic (and physical) altercations of the Bravo franchise, it seems they’re putting their differences aside.

Speaking to E! News’ Justin Sylvester on Just the Sip, the Real Housewives of Beverly Hills star shares her recent interactions with the 46-year-old author, and what made her want to “turn a corner.”

“We do an after show for Bravo… [and] I was filming one of those one day and as I was leaving, I hear Brandi’s voice in the makeup room. I was like, ‘They booked Brandi right after me and we’re overlapping each other?’ I went in and she was as nice as could be,” Richards recalls. Later explaining that it wasn’t the first time she “bumped” into her in recent months.

“I bumped into her at Christmastime at the post office and it was, ‘Hi, how are you?,’ and she was just really nice,” the Bravolebrity confesses. “She’s always watching the show and she’s kind of put in her two cents about watching this season. She’s just really nice and I left there and I thought, ‘You know, life is too short. You gotta let bygones be bygones.'”

“I just sort of turned a corner in my head,” the 50-year-old reality TV star admits. However, she clarifies that they aren’t exactly “singing “Kumbaya” together.”

If anything, Kyle wants to remind everyone that Brandi “has me blocked on Twitter,” despite the fact they’re following each other (again) on Instagram.

Interestingly enough, Brandi is expected to return to season 9 of the Real Housewives of Beverly Hills. However, it’s unknown if she and Kyle will patch things up during the series. Fans might recall that Glanville was a main cast member from season 3 up until season 5. So her return will surely shake things up!

Take a look at the video above to see everything Kyle has to say about Glanville, her marriage and more on Just the Sip!